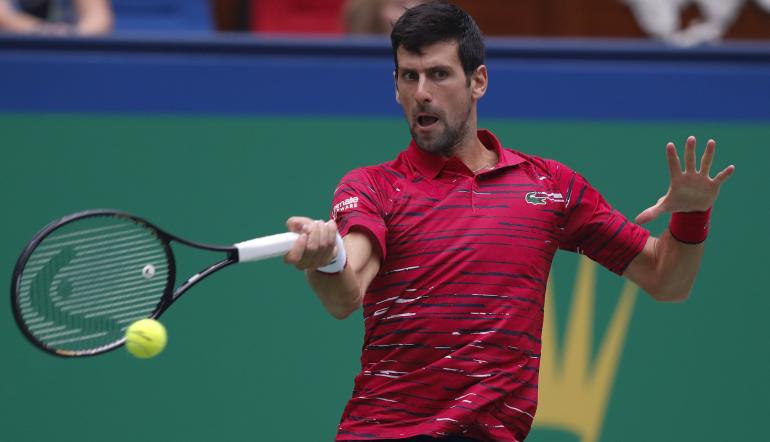 Back at the top of men’s tennis (and the rankings), Novak Djokovic’s comeback story has been as impressive as his performances.

Seemingly unable to compete at the top just a couple of years ago, the Serbian has returned to his dominant best. His side of the draw is as good as won, with his path often clear en route to a final – usually for a matchup with Roger Federer or Rafael Nadal.

Djokovic at top form is close to flawless. His returning superb, his serve more than solid and his error count always low.

All that combines for a challenging opponent and, as 888sport’s tennis betting shows, very short odds. Djokovic is the clear favourite for 2020’s Australian Open title.

While it might seem like the safest of bets to back one of the greatest tennis players of all-time, there are plenty of things to consider when backing Djokovic…

Not many opponents can really trouble Djokovic on the court. The heat – as has been seen at the US Open – can do, however, and might be the best chance for the player on the other side of the net to get into the match.

Djokovic’s game relies on supreme stamina and lots of sprints – extreme heat or humidity is likely to trouble him more than a big-serving, short-rally specialist.

Obviously, different players are going to cope with challenging conditions differently. High temperatures are one of – very few – weaknesses the 16-time Grand Slam champion has shown.

It isn’t something to suggest he’ll lose to the 102nd ranked player in the world or anything, but it might be worth considering if there are other factors making you doubt him.

If you’re eyeing up the in-play tennis odds, signs of Djokovic struggling with the heat may be enough to put you off.

Djokovic’s serve isn’t the most powerful on the tour. His second serve, in particular, is an area that opponents should look to target. It’s weaker than many and doesn’t have the pinpoint accuracy of Federer’s.

Players who have been aggressive against second serves can cause the Serbian problems if they look to attack the ball in front of the baseline.

If you’re looking to back Djokovic, it’s worth noting how his first serve has been in recent matches. A low first serve percentage will force more second serves and that gives more opportunities for opponent’s to get on the front foot.

Double faults are also something to be wary of in the big moments.

Drawn To The Net?

To call it a ‘glaring weakness’ would be an exaggeration. Still, there’s no question that playing at the net is the worst part of Djokovic’s game.

Coming to the net is a worst-case scenario for him, and that’s hardly a surprise considering his masterful play at the baseline. If you can win 16 Grand Slams at the back of the court, there’s little reason to start serving and volleying.

His flexibility means that drawing him to the net isn’t a surefire way to take control of the point. Djokovic will get to balls that others can only dream of. It draws him slightly away from his comfort zone, and that can only be a good thing for opponents.

Players with high spin rates and devilish drop shots are ones to look out for against Djokovic. Changing pace is key, going 12 rounds at the baseline is only going to end one way.

As mentioned by Marin Cilic after beating Djokovic at Queen’s in 2018, the Serbian hasn’t always picked the ball up as quickly off of weaker serves as he did in the past.

Not only does this give opponents more of a chance when their own serve falters, it is a handy thing to look out for in Djokovic’s recent matches.

At his best, Djokovic was ruthless on any serve that gave him a sniff. Powerful, driven winners off flimsy second serves were common.

When that part of his game is reduced, his chances of breaking serve are obviously reduced and others have a foot in the door. It’s only a minor thing, and not something that every player can benefit from, but it’s certainly a lifeline.

While it isn’t enough to guarantee a defeat, a less aggressive return game might discourage some bettors against big-serving opponents or suggest that tie breaks are more likely.

You could probably attribute this to any of the Big Three, but Djokovic at his very peak was arguably unbeatable.

Nadal, Federer and Andy Murray all found it nigh-on impossible to stop Djokovic when he was in his best physical condition. Djokovic’s supremacy had a major impact on Andy Murray’s legacy – he was that good.

Djokovic is as driven as anyone in sport, similar to Cristiano Ronaldo or LeBron James. His desire to win his irrepressible, and while his focus sometimes wavers, the competitiveness remains.

If he’s playing at that level, it takes a lot of convincing to back anyone else.