Will Andy Murray's Tennis Legacy Stand The Test Of Time?

The good, the bad and the ugly of Andy Murray's professional tennis career - how will history view his exploits on the court? 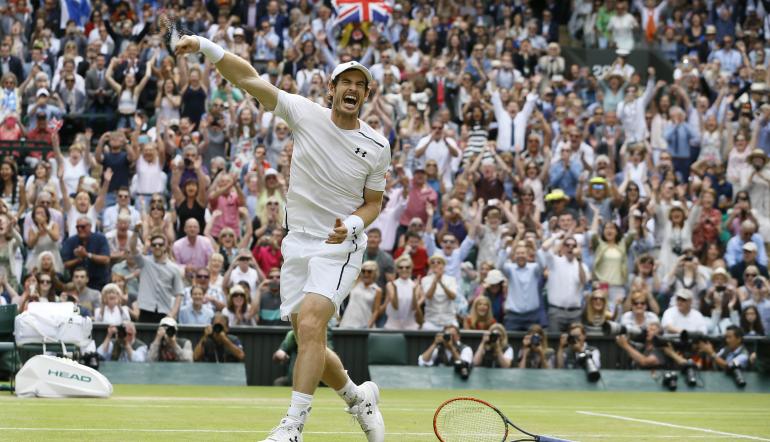 Andy Murray’s return to the court at Wimbledon earlier this year attracted the attention of the tennis world.

Partnered with Serena Williams, Murray was part of one of the most well-supported doubles teams in Wimbledon history. Whether the Scot will return to the top of the singles’ game remains to be seen, however.

Despite occupying the world number one spot in 2016, playing in 11 Grand Slam finals and winning two Olympic gold medals, Murray’s legacy is unclear.

In the unenviable position of sharing an era with the big three, Murray was the fourth member of that group. Late-career injuries and a total of three Grand Slam victories put Murray a level, maybe several, below the big three.

He isn’t among the best players to win Wimbledon, yet his direct competition with Roger Federer, Rafael Nadal and Novak Djokovic poses a question: How good would Murray have been in another era?

At his peak between 2011 and 2016, Murray was an undoubted superstar. It was a ‘big four’ through that period, and Murray was comfortably better than the rest of the field.

Consistently making it into the quarter-finals and beyond, he had the ability to beat each of Federer, Nadal and Djokovic, but doing so consistently was a step too far.

Djokovic has dominated Murray throughout their senior careers, winning 25 of 36 matches. Nadal has won more than he’s lost against Murray on all three surfaces. Despite having the best of Federer in the earlier years, the Swiss great has a favourable record, too.

It’s obviously not as simple as handing Murray the trophy from all the finals he lost to the big three. He benefited in some ways from playing against three of the greatest ever, and it’s unfair to assume he could have played in an era without a dominant force.

The standard Murray was at in the early part of this decade, though, was extraordinarily high, and he was a bit of luck away from winning five, six, seven or eight Slams.

Catching one of the big three on a rare off-day, maybe when they’re struggling with a cold or an injury, and Murray could have easily doubled (or more) his Grand Slam tally.

These are all hypotheticals, of course, but they aren’t unreasonable suggestions. Murray was miles ahead of the pack, he just suffered at the hands of Djokovic and Federer, in particular.

Say Murray scraps his way to a couple of Australian Open titles and gets the better of Djokovic at Roland Garros in 2016. Boris Becker and Stefan Edberg won six Slams – Murray would be at that level. He would have achieved a career Grand Slam.

This might seem like some sort of peculiar fantasy land, but there’s a point to this. Murray’s legacy, as it stands, is relatively unspectacular. On paper, his record is good, not great.

His catalogue of finals losses looks like a player who crumbled under pressure (which was a fairer criticism in his early years). A total of 41 weeks at world number isn’t ‘all-time great’ stuff.

Those who followed his career throughout know that Murray was so much more than his numbers tell you.

His role in a golden era of men’s tennis wasn’t that of an opportunist when the big three were hurt, he was every bit their rival, even if he didn’t get the better of them as often as he would have liked.

For a prolonged period, the rest of the men’s draw were as fearful of facing Murray as they were Djokovic, Federer or Nadal – he was that good.

While the big three are competing to finish with the most Grand Slam titles, Murray’s place in the history books is subtler.

He isn’t anywhere to be seen on such lists, he didn’t win in Melbourne or Paris, but for a not-insignificant spell, he was every bit as massive in men’s tennis.

Fortunately the 2012 US Open and, to a greater extent perhaps, the 2013 Wimbledon crown, made sure Murray wasn’t always going to be the bridesmaid. From a young age it was clear he had the ability to be a Grand Slam champion, and he did so on three occasions.

It could have been so much more with a bit more fortune or a career that started a few years later, but that shouldn’t diminish the level he was at during those brilliant peak years.

When it came to tennis betting strategy, Murray was a player who evolved through his career. His work ethic was well-publicised, as he went from lanky teenager to supreme athlete, capable of going toe-to-toe with anyone over five sets.

The tale of that development can be told in Grand Slam finals – the player who lost to Federer in New York in 2008 was almost unrecognisable from the ruthless world’s best that swept Milos Raonic aside on Centre Court in 2016.

It’s easy to focus on what Murray wasn’t (the best player of his generation, an all-time great), but that does a disservice to a wonderful career at the top of the men’s game. Who knows, it might not be over just yet…