The Top 10 Tennis Tantrums Of All-Time 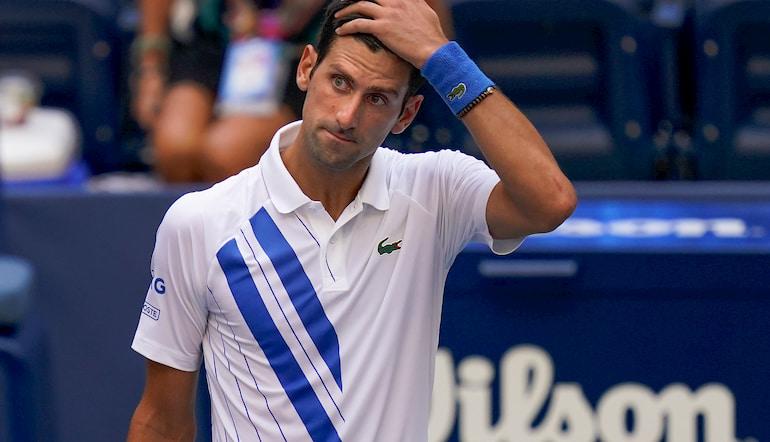 Tennis is one of the most frustrating sports on the planet. When things are going well, it is incredible to watch but we’ve also seen plenty of player meltdowns over the years.

In September 2020, Novak Djokovic was disqualified from the US Open after he smashed a tennis ball directly into the face of a line judge. It was an unbelievable moment as the tennis betting favourite was kicked out of the competition.

You will almost certainly recognise a few of the top tennis tantrums on this list. Some, however, have gone under the radar in recent years. Each incident is shocking for different reasons.

Without further ado, it is time to look at the biggest meltdowns in tennis. Fingers crossed we don’t see any tennis tantrums at the 2021 Grand Slam betting events.

Pliskova’s rant at the Italian Open will live long in the memory with tennis followers, mainly because of her extraordinary conduct towards the umpire’s chair.

The Czech has argued heatedly with the umpire throughout the clash before her opponent Maria Sakkari served out the match. At the end, Pliskova offered her hand before withdrawing it and smashing a hole in the umpire’s chair with her racquet.

The 2018 US Open final was packed full of drama. Williams was involved in a number of verbal clashes with the chair umpire before she was handed a warning for alleged coaching.

However, she ignored the warning and smashed her racquet and called the umpire a thief before accusing him of sexism. It was an ugly showing from Williams, who went on to lose the match and was subsequently fined.

Not the most famous tennis tantrum of all-time but it certainly ranks as one of the longest. The Serbian complained for a good five minutes before accepting defeat – it was one of the most shocking moments in Italian Open history.

Troicki was enraged, opening with a tirade of abuse before threatening to retire. The icing on the cake was Troicki dragging the cameraman onto the court to show the ball mark on the ground.

Rodionova became only the second player on the WTA Tour to be disqualified after aiming a tennis ball at a group of supporters who were cheering for Angelique Kerber.

The incident left the chair umpire with no choice but to default her for unsportsmanlike conduct. At the time, the only other female player to be disqualified was Irina Spirlea back in 1996 for swearing at an official.

While you wouldn’t expect Roger Federer or Rafael Nadal to feature on a tennis tantrums list, it isn't a huge surprise to see Djokovic make the cut and he slots in at number six for his incident at the 2020 US Open.

Trailing in the first set, the Serbian smashed the ball in frustration and the ball whacked a line judge in the throat. As a result, Djokovic – unbeaten in 2020 – was disqualified from the competition.

One of the pettiest acts in this tennis tantrums list, Malisse found himself in hot water after kicking up a storm at the Miami Masters.

Malisse launched a verbal attack on the officials after a line judge call before lying down on the court and refusing to play. Like a spoilt child, he then smashed his racquet and kicked over a chair before he was kicked out of the tournament.

How fitting that we rank Baghdatis’ outburst at number four as he broke four racquets during his clash with Stanislas Wawrinka at the 2012 Australian Open.

Two sets down and staring defeat in the face, Baghdatis smashed all four racquets in less than one minute – helping the tennis tantrums hero to become a YouTube sensation overnight.

Incredibly, he regained his composure to win the third set but did go on to lose the match.

Ivanisevic changed the tennis tantrums game when he stormed off the court in the middle of his Samsung Open match in 2000. The Croatian was subsequently disqualified from the competition after running out of racquets.

Ivanisevic had to abandon the match after breaking THREE racquets. Unlike most of the players on this list, he calmly walked up to the chair umpire, shook his hand and exited the court.

Always known for his short fuse, McEnroe had developed a reputation as one of tennis’ hot heads. However, his rant on court at Wimbledon in 1981 is his standout tennis tantrum.

British fans will recall McEnroe blasting the chair umpire following a controversial line call and the phrase “you cannot be serious” will forever be associated with the seven-time Grand Slam winner.

One of the best tennis players of all-time, Williams was the world number one when she faced the unseeded Kim Clijsters at the 2009 US Open but the American struggled early on, contributing to a build-up of frustration.

Having been warned for her racquet conduct in the first set, Williams was on thin ice and was called for a foot fault on a second serve that gave Clijsters two match points.

Williams protested her innocence, telling the line judge to “shove this ball down your throat”. The chair umpire deemed the abuse worthy of a penalty point, which was enough to hand Clijsters the victory.