Which Players Could Break Through At The 2020 Australian Open?

Five potential break through players ahead of the 2020 Australian Open - who is your potential tennis star at the tournament? 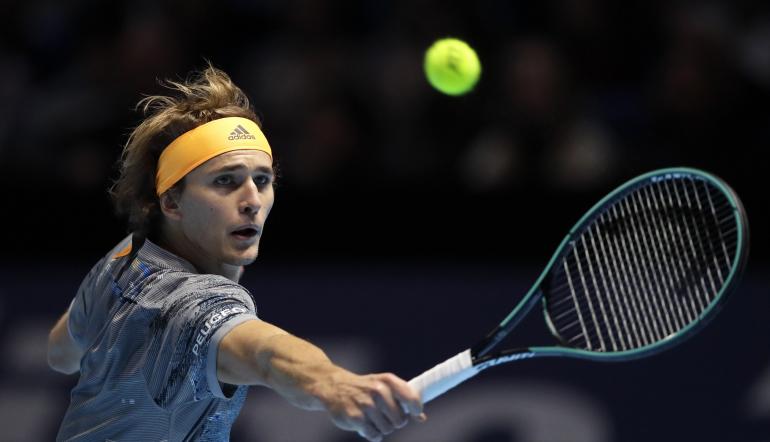 New Year’s resolutions are just about being stuck to as the Australian Open rolls around in mid-January.

People are still making multiple trips to the gym per week and reading more. For tennis players, the first month of the year presents the first opportunity to make history, to lift a Grand Slam trophy.

Winning a Slam is often the turning point in a player’s career, the moment they fulfil the long-mentioned promise. Regardless of ranking and success elsewhere, a player’s CV is never truly complete until they can add the words ‘Grand Slam champion’.

Whatever the tennis betting suggests, players will begin a Grand Slam fortnight dreaming of playing on that final weekend.

Serena Williams, Roger Federer and Novak Djokovic are looking to add to their Grand Slam collections – plenty of others are looking to get their first Slam on the board, here are five who could make a break through in Melbourne…

There’s no doubt that 2019 was the best year of Elina Svitolina’s career. Prior to last year’s Australian Open, the Ukrainian had made just three quarter-final Grand Slam appearances.

She doubled that tally in 2019, going out at the last eight in Melbourne - she was involved in one of the greatest Australian Open matches - and suffering semi-final disappointment at Wimbledon and Flushing Meadows.

Svitolina isn’t a favourite for the 2020 Australian Open. Her 13/1 price to win the tournament puts her between Karolina Pliskova and Petra Kvitova.

Although 2019 ended with disappointment in the WTA Finals to Ashleigh Barty, there were plenty of positives to be taken from her performances against Belinda Bencic, Simona Halep and Pliskova.

Svitolina isn’t the most famous name in the draw, but her career is heading in the right direction – Grand Slam glory could be just round the corner.

At 22 years old, Alexander Zverev is yet to deliver on all the promise he showed as a teenager. The German broke into the top 20 a couple of years ago, becoming the youngest player to do so since Novak Djokovic.

Aside from his ATP Finals win in 2018, however, Zverev has been a disappointment on the big stage with only two Grand Slam quarter-final appearances (both coming at the French Open).

The 2019 ATP Finals were a mixed bag for Zverev – wins over Daniil Medvedev and Rafael Nadal were counterbalanced by a loss to Stefanos Tsitsipas in the round robin and Dominic Thiem in the semi-final.

He disappointed in Paris and Basel before that too, but beat Roger Federer on his way to the final in Shanghai.

Not so long ago, Zverev was tipped to break up the big three. Questions are being asked about his mentality, conditioning and preparation, but the talent is still there for the young German to win a Grand Slam – could the 2020 Australian Open be the year he finally makes his mark?

Still only 22 years old, Belinda Bencic will be competing in her 21st Grand Slam at the Australian Open.

Bencic’s last Slam was the best of her career as she made it all the way to the last four of the US Open, which was only the second time she has made it to the quarters of a Slam (the previous occasion was back in 2014).

Bencic beat both Kiki Bertens and Petra Kvitova in the tour finals in Shenzhen to end the 2019 season, though her run was stopped with a semi-final loss to Elina Svitolina.

Prior to that she won the Kremlin Cup in Moscow, bouncing back from a loss to Anna-Lena Friedsam in Linz.

Priced at 25/1 to win in Melbourne, Bencic crept into our 2020 Australian Open guide and will be a player to watch out for when the tournament gets underway later this month.

A quarter-final exit at the US Open was Johanna Konta’s best performance in New York. The Brit is still looking for her break through on the Grand Slam stage, having never made it past the quarter-finals.

She’s a doubt for the Australian Open after withdrawing from the Adelaide International, but there’s still an expectation she’ll take part in Melbourne.

Konta has a reputation for struggling under pressure, and while she has always rebutted such suggestions, there’s a sense she still needs to deliver on the biggest stage if people are to really consider her among the elite in the sport.

Konta has just three WTA titles to her name, despite over a 62.4% winning percentage. On the back of a great 2019, which included a semi-final appearance at Roland Garros and a quarter-final outings Wimbledon and the US Open, 2020 is a huge year for Konta.

Follow the latest tennis betting tips for keep up with her push for a first Grand Slam.

Considering Daniil Medvedev’s end to 2019, you could argue that he’s already made his break through. The Moscow-born 23-year-old is yet to lift a Grand Slam trophy, however, and has never made it past the fourth round in Melbourne.

Ranked as the fifth best men’s player in the world, Medvedev has more pressure on him than most non-big-three players.

The Russian is looking to recover from a bleak end to 2019, which saw him lose all three ATP Finals matches and fall to Jeremy Chardy in Paris following a trip to the US Open final and a wonderful performance in Shanghai.

Medvedev is the bookies’ favourite to win in Melbourne outside of the big three. After impressing in New York, this is his chance to consolidate himself as a Grand Slam contender.

Secure a smash on the most up to date tennis markets with 888sport.com