Tim Sherwood EXCLUSIVE: Tottenham Have Gone Against Type To Back Antonio Conte

888sport speak to Tim Sherwood about Antonio Conte and his position at Tottenham - can he bring silverware to the club this season? 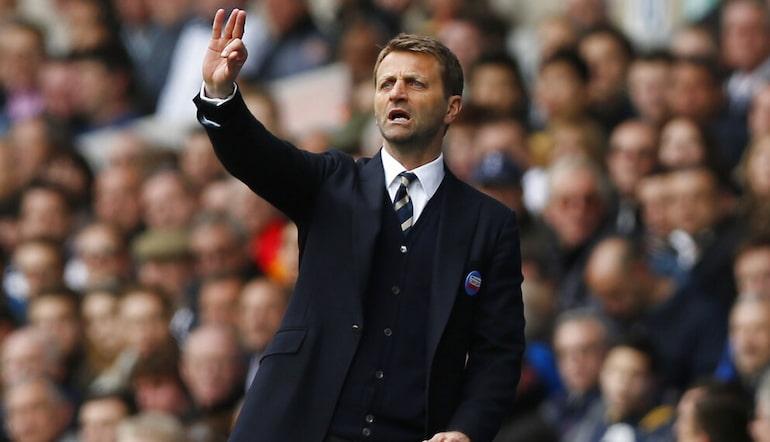 Former Tottenham manager Tim Sherwood believes club chairman Daniel Levy is changing a habit of a lifetime this summer by landing players early in the transfer window, all to satisfy the ambitions of Antonio Conte.

"This is a very different tack to what I’ve seen before from Daniel.

"He normally leaves it very late in the window to do his business, so he gets value in the market, but Antonio has a good knack for getting what he wants from chairmen and why shouldn’t that be the case, when you look at the success he’s had as a player and how starved of success Spurs have been.

"When you have a manager like that coming in, calling the shots, you have to let him take the lead. So, Daniel has done the right thing even if ideally, he likes to leave it late. Here he’s said ‘Antonio, I’m going to back you’ and they have got their business done.

"That though comes with a lot of pressure and Antonio knows this. We’re unsure about what Chelsea will do and we’re totally unsure about Manchester United and how they will respond under Ten Hag.

"It’s there for Tottenham to cement that top four place year after year, like they did under Pochettino."

With several weeks remaining before the window shuts, the North London giants have already bagged five players who will significantly enhance their squad.

Sherwood reserves praise for Ivan Perisic for having the ‘right mentality’ while he insists Yves Bissouma will go up a level, surrounded by better players.

Yet it is the Brazilian star Richarlison who intrigues the ex-coach turned popular pundit the most, a forward he would very likely have targeted himself back when coaching in the top-flight.

"Whenever I watch him, I think how much I’d love to have him in my side. He runs tirelessly and chases things down. He can play up front on his own or play anywhere across the three. I think he’s a really, really good signing.

"Obviously, you have Harry Kane and Son who will want to play every minute of every game, and there is Kulusevski who has come in and done brilliantly. So, he’s going to have to fit in and prove to Antonio that he is worthy of a regular spot.

"As for his temperament, Antonio will handle that. He’s a good manager who deals well with men. He’s very honest with his group of players and that’s all you want as a player."

All the reaction from a satisfied Antonio Conte 👇 pic.twitter.com/0wVEoKEEIo

Mention of Son reminds Sherwood of the South Korean’s surprising omission from the PFA Team of the Year last month, after the 30-year-old scored 23 times last season, carving out nine assists for good measure. It is an oversight that still perplexes.

"He’s just a wonderful professional and he has magnificent ability and I’m telling you, every manager in the world would want him in their team.

"I don’t know why he is one of the most under-rated players, by his peers also. It baffles me. They know how good he is when they play against him but maybe it’s because there isn’t much razzmatazz around him.

"He just comes in, plays his football, does his job, and then goes home. You’re never going to read about him on the front pages.

"Son is an incredible player who works so hard, and it looks like he has a fantastic attitude. He’s an example to younger players and he must be a manager’s dream.

"His numbers are there to be counted and when Harry Kane is missing, he always steps up."

Sherwood’s time at Spurs was short-lived but memorable, with the ex-midfielder giving Harry Kane his first proper run in the first team, all while increasing the awareness of gilet bodywarmers ten-fold.

Sadly, a run of poor results eventually led to an inevitable conclusion.

It was a dismissal that took him to a second managerial position at Aston Villa and Sherwood’s thoughts on the state of play currently in the Midlands is interesting.

With present incumbent Steven Gerrard heavily backed by his board it seems the expectancy levels at Villa Park might be rising.

"When you’re a manager who has spent money then it comes with pressure, because the expectation of the board and owners who have given the money is that the team kicks on.

"I believe Stevie is a good manager who will get better with more experience and Villa will improve on what they did last year. Is that going to be good enough, a minor improvement? Only the decision-makers can tell us that." 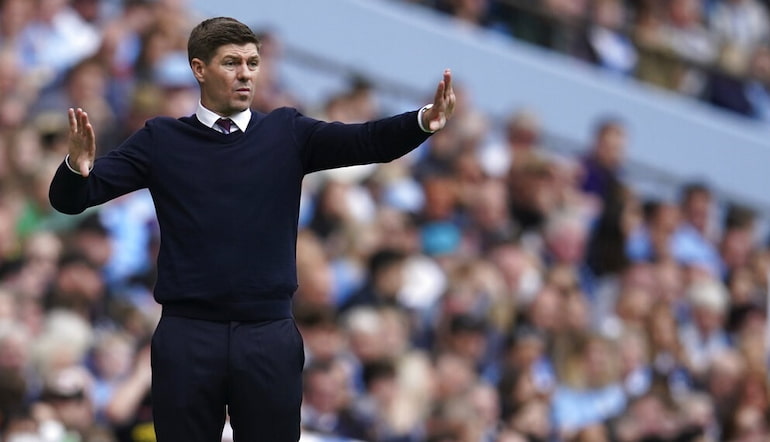 While with the Villans, Sherwood facilitated the emergence of a promising young prospect by the name of Jack Grealish who last term arguably struggled to live up to his enormous price-tag on joining Manchester City.

Does he believe the England star now has a huge and defining campaign ahead of him?

"He is no shrinking violet and the bigger the pressure, the more he stands up. I believe he will improve and with Raheem Sterling leaving that offers up more game-time to Jack. He will relish that because he wants to play and loves his football.

"He’s got great ability and if he continues to listen on the training field to the best football manager I’ve ever seen he will improve his numbers, start running without the ball a little bit more, and put himself in more goal-scoring positions.

"He could have a great season and be a regular for Manchester City and that will further his claim with England."

After helping bring through Kane and Grealish, a theme appears to be developing here, and Sherwood was also around for the early days of another highly promising career, only this time the superstar-in-the-making was raising eyebrows across the city.

As a fellow midfielder himself, how does he rate the chances of Jude Bellingham becoming a generational talent?

"I knew Jude when he was a young boy with Birmingham. He decided to leave and it turned out to be a fantastic move to the Bundesliga.

"I’m not rubbishing the Bundesliga at all but it’s not the Premier League, especially when you’re playing for Dortmund or Bayern Munich, because you’ve always got the upper hand.

"So, I’d like to see him play a few games in the Premier League before I really nail my colours to the mast.

"Jude obviously has an incredible talent but it’s a false economy when you’re playing for one of the better teams in Germany. But he’s ticked every box up ‘til now.

"If he keeps his head down, doesn’t think that he’s reached his ceiling, and keeps wanting to develop and learn from each coach and team-mate then he could be one of the best midfield players we’re seen because he has all the tools."

Premier League Tips
Tottenham Hotspur
About the Author
By
888sport