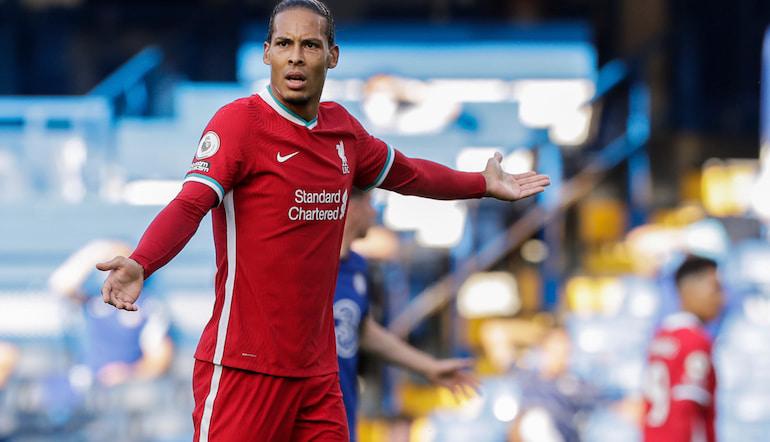 Virgil van Dijk’s injury early in this season had a major impact on Premier League betting.

Few players in recent history have influenced a team quite like van Dijk did, leading Liverpool to European and domestic glory after arriving from Southampton.

Since donning the Liverpool badge, van Dijk’s injury record has been superb. He barely missed a game over his first couple of seasons.

Liverpool were conquering all before them. Van Dijk was making a case for being the best defender on the planet, earning Ballon d’Or recognition.

The following season was when van Dijk achieved what Liverpool fans craved most of all: the Premier League title. The Dutch international got his hands on the trophy which eluded Jamie Carragher and Steven Gerrard.

It’s not overstating it to say that van Dijk’s arrival changed the path of Liverpool. He has taken the club to new heights, heights they have not been near decades.

Jurgen Klopp gets deserved credit, but the signing of van Dijk was when Liverpool were revamped from entertaining big club to dominant force.

As a result, anything to do with van Dijk’s availability is big news. Excitement or fear at injury updates is usually reserved for unstoppable attacking talents, but van Dijk bucks that trend.

Prior to rupturing his cruciate ligament in October 2020, van Dijk had a relatively clean injury history. According to TransferMarkt, van Dijk had only suffered one injury which sidelined him for more than six matches before the severe knee injury.

Amid a near-ironman injury history, van Dijk had only suffered short illnesses and a minor ankle injury since joining Liverpool. Reds fans will be hoping this cruciate ligament injury is a blip rather than a change to his injury trend.

Van Dijk has been among the most reliable players in the Premier League in recent seasons, but severe, long-term injuries of this ilk can have knock-on effects. It wouldn’t be the first time a player has become more injury prone after a brutal knee injury.

Several months on from the injury which devastated Liverpool’s season, van Dijk has been posting frequent injury updates on his social media channels.

These are met with a wave of optimism from Liverpool fans. While understandable, any update on van Dijk’s injury expresses major caution. A surprise return before the end of the 2020/21 campaign seems a longshot at best.

Even once capable of joining full contact training, van Dijk will have a long programme to regain match fitness.

Liverpool are still gunning for Champions League glory and a top four berth, but it seems very unlikely van Dijk will be able to play a part this season.

Virgil van Dijk is sidelined and likely out until the end of the season. Recent reports suggest he may even miss this summer’s Euros.

Liverpool have as good as waved goodbye to the Premier League trophy – they have no reason to rush their star man back.

Reaggravating an injury of this severity can have serious consequences. Jurgen Klopp will be desperate to have van Dijk fully fit for the start of 2021/22.

Any change to his status will be covered comprehensively. It will be hard to miss any fresh van Dijk injury news.

Frank de Boer will be as keen as Klopp to know about van Dijk’s progress – his availability could sway the Netherlands’ chances at this summer’s Euros.

Even having been sidelined for the vast majority of the season, van Dijk injury news is never far away. Monitoring his recovery has been a common hobby for Liverpool fans.

Betting sites will give regular updates on van Dijk’s injury. The Liverpool Echo and other Liverpool-focused platforms have been following and covering van Dijk’s journey every step of the way.

There’s not a Klopp quote or social media post that’s missed in the media’s coverage of van Dijk. It isn’t just Merseyside that’s fascinated by the possible return of van Dijk either.

Liverpool’s rivals for a top four spot this season will be keeping an eye on his injury status. They must be wary of the impact he can have on the six-time European champions.

There’s not much information on a van Dijk return date at this stage. The Dutchman is still a long way from playing first team matches.

It’ll be massive news for anyone looking to make a football prediction when van Dijk does return. Liverpool are markedly more vulnerable in his absence, and there’s no question he improves the players around him.

There are early signs of conflict between Liverpool and the Netherlands on whether van Dijk will return in time for the Euros.

This is a storyline that will run for months yet. If van Dijk doesn’t play for Liverpool again this season, what are his chances of playing in the Euros?

There are club versus country tussles frequently, but this could be one of the most high-profile on the eve of a major tournament.