Best Welsh Snooker Players - Who Is The Greatest Of All-Time?

Who are the best Welsh snooker players of all-time? Our sports betting expert looks at the greatest snooker stars to hail from Wales... 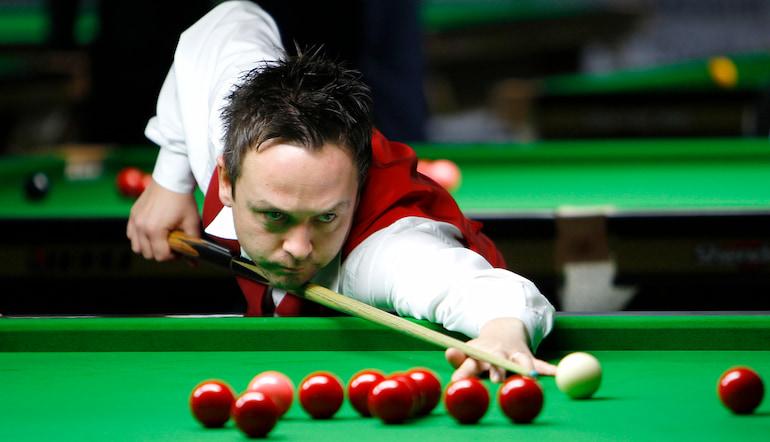 Wales truly punches above its weight when it comes to snooker betting. Welsh players have won the World Championship on 10 occasions, making the nation the third most successful in the history of the competition.

Welsh snooker players have provided moments of brilliance on the baize. They have dominated betting, collecting trophies along the way.

It is impossible to look at the history of snooker without a comprehensive look at the role of Welsh players and tournaments. Here are the best Welsh snooker players of all-time…

A model of consistency early in his career, Doug Mountjoy stuck in the top 16 of the world rankings for 11 straight years. He reached a World Championship final in that period, and enjoyed success at the Irish Masters and UK Championship.

When his career seemed to have faded, Mountjoy bounced back in his forties to win another UK Championship and return to the top 16.

He kept playing well into his fifties, even qualifying for the World Championship and winning a match just months before an operation to remove one of his lungs.

Spending six years as world number one, Reardon was also victorious at the Masters, and effectively owned the Pontins Professional in the late 1970s.

The format of the sport meant he couldn’t amass as much hardware as modern players, but there’s no question Reardon is among the greatest to ever play the sport.

Even snooker referees cannot help but be in awe of Mark Williams. At his best, Williams’ long potting ability made him almost unbeatable. Pair that with tactical nous, and you have one of the best players of a generation.

Williams became world champion in 2000 and 2003. Long stints as world number one followed through the early 2000s, but that pace was unsustainable and the lefty dropped outside the top 10 for a few seasons.

Shooting to prominence as a teenager, Jamie Jones became the youngest player to make a competitive 147 when he was only 14.

Despite reaching 29th in the world and collecting career winnings of over £400,000, Jones has endured a turbulent career as a professional.

Failure to report a match fixing approach resulted in a year-long ban in 2019. He’s been on the periphery of the tour since then, though a semi-final appearance at the 2020 Scottish Open can safely be put down as a career highlight.

He’s ranked 51st in the world as of August 2021, but still in his early-thirties, Jones has plenty of time to climb back into the top 30.

Currently ranked in the thirties, Matthew Stevens was one of snooker’s young stars in the early 2000s.

Winning the Masters and the UK Championship, Stevens got as high as fourth in the world rankings and was twice a World Championship runner-up.

Only 20 players in the history of the sport have registered more prize money than the Carmarthen-born right-hander. Maybe he’s not delivered on the early promise, but there’s no question Stevens has enjoyed a successful career.

Few players arrived on the scene as sensationally as Terry Griffiths. He became world champion in just his second professional tournament, beating Dennis Taylor in the final.

While he never repeated that feat, Griffiths was a constant feature in the latter rounds at the World Championships, reaching the last eight in nine straight seasons.

A fearsome rivalry with Steve Davis perhaps hampered his career, but Griffiths still completed the Triple Crown. He’s one of just 11 players to achieve that, along with fellow Welshman Mark Williams.

Everything You Need To Know About Welsh Snooker Players:

Who is the most successful Welsh snooker player?

Mark Williams is the most successful Welsh snooker player of all-time by prize money. Williams has earned over £6.5 million in his career, putting him well clear of the next Welshman.

While his earnings cannot compete, Ray Reardon would widely be thought of as the most successful Welsh player. Reardon is a six-time world champion, though his era provided much fewer opportunities to win ranking titles.

Williams, for instance, is only a three-time world champion, but he has amassed 23 ranking titles compared to Reardon’s five.

What is the biggest Welsh snooker tournament?

The Welsh Open is the biggest Welsh snooker tournament. Wales has also hosted the Players Championship and the World Grand Prix in the recent past, though both events are now played in England.

Welsh Open snooker started in 1992. John Higgins is the tournament’s most successful player with five titles. Since the first event, it has switched between Newport and Cardiff.

Which Welsh snooker players have won the World Championship?

Ray Reardon, Mark Williams and Terry Griffiths are the three Welsh players to have won the snooker World Championship.

They have won 10 titles between them. Reardon’s six leads the way, ahead of Williams’ three. Griffiths won his first and only world title in 1979, which happened to be the year after Reardon’s sixth.

Although he never held the prestigious silverware again, Griffiths reached the final nine years later, only to lose to the imperious Steve Davis.