The role of a nightwatchman is tricky and only a few have managed to master the trade. Here, we look at the 10 greatest nightwatchmen in cricket history... 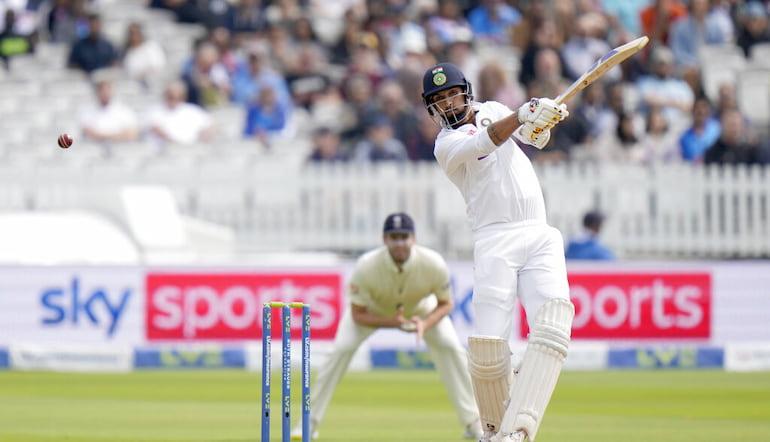 Cricket can be a curious sport at times. There are traditions and rules that can appear peculiar. Such ideas even pop in the strategy of the game.

The use of nightwatchmen is one such example, a decision to send out a less able batter in the hope of protecting one of the team’s better players before the close of play.

Those who often place cricket bets will be familiar with the concept.

It has often been a success, keeping proper batsmen away from challenging conditions when there’s little to gain, but the logic of putting in a less-gifted batter when conditions are trickiest doesn’t sit well with everyone.

According to a Cricket Monthly article by Anantha Narayanan, over 31% of nightwatchmen in Test cricket have ‘failed’. Just 7.2% were classed as ‘very successful’.

It’s the best of the best who are our focus here – here are the 10 greatest nightwatchmen of all-time.

Jason Gillespie’s feats as a nightwatchman may never be matched. Gillespie has two of a handful of nightwatchman innings to last more than 150 balls.

One of those knocks was simply remarkable with the right-arm quick coming in at 67 for one against Bangladesh in 2006.

He did his job and then some, eventually finishing up 201 not out and facing over 420 deliveries.

It wasn’t under much pressure with Australia dominating an ordinary Bangladesh team, and Gillespie was aided by a mega partnership with Michael Hussey, but numerous records tumbled throughout his mammoth tenure at the crease.

The Aussies don’t tend to favour the nightwatchman. When they did opt for the tactic, however, it was often Gillespie who stepped up.

Just a couple of years before his unprecedented double ton, he had another long vigil, facing 165 balls against India in a hard-fought draw.

Before the greatest one not out of all-time at Headingley, Jack Leach had shown off his batting talents against Ireland.

England were skittled for an embarrassing 85 in the first dig. Leach was sent in to open to protect Jason Roy in the second innings, and did far more than that.

The Somerset slow left armer saw off the new ball and built an innings that any opener would have been proud of, scoring 92 off 162 deliveries.

Leach’s exploits set England up for the win, and he was deservedly named man of the match.

Harold Larwood and the 1932-33 Ashes aren’t best remembered for his exploits with the bat.

The leader of England’s bodyline tactics, Larwood also crashed 98 as a nightwatchman in the final match of the series at Sydney.

His near-century in under three hours played a significant role in a victory for England, and put the cherry on top of a successful tour down under.

While he didn’t have much of an impact with the ball early on, he went in at three as a nightwatchman in just his second test and delivered a match-altering century.

Few would have picked Australia in cricket betting tips when they were set 342. His ton enabled a surprise win for the Aussies to take a 2-0 lead, and they ultimately won a classic of a series 3-2 against a competitive India team.

South Africa had the upper hand at the end of day one having bowled India out cheaply at Bangalore in 2000.

When Herschelle Gibbs was dismissed, though, the tourists were under a bit of pressure and sent Nicky Boje out to bat a three.

Putting on over 160 with Gary Kirsten the next day, Boje batted calmly for 85 as the Proteas took a commanding lead. They went on to win the Test by an innings and claimed an impressive 2-0 series win.

Stepping up as England’s nightwatchman on 11 occasions, Matthew Hoggard was the go-to in the Michael Vaughan era.

Hoggard was a very limited batter, possessing little more than a forward defensive, but he was unquestionably plucky at the crease.

Rarely impacted by sledging or chin music, the Yorkshire swing bowler dug in when required. Several of England’s premier batters were thankful for his efforts.

England were up against it at the SCG in 1983 (no surprise there). When Geoff Cook was dismissed at the end of the fourth day, Eddie Hemmings was given the unenviable nightwatchman duty.

England had to bat out six hours on the final day, and it was Hemmings’ 95 off 195 balls that enabled them to do so. In a team with Chris Tavare, David Gower and Derek Randall, Hemmings was the anchor as Australia tried to force a victory.

It was just a shame that he fell five runs before what would have been a special century.

Frequently called upon by Pakistan, Saqlain Mushtaq was a nightwatchman on 11 occasions and was broadly successful.

The highlights featured a lengthy partnership with Saeed Anwar against India in 1999, and a stellar 171-ball knock against Sri Lanka four years previous.

While not producing the spectacular innings like many others featured here, Ishant Sharma has taken on nightwatchman duties as much as anyone in the history of the sport.

Even among the best cricket blogs, Ishant has split opinion as a bowler throughout his career, but there’s no doubting that he’s a gutsy batter.

Averaging under nine with the bat in the Test arena, Ishant doesn’t have the game to kick on the next day, yet he’s often put his body on the line for the team.

Some might think James Anderson is just a number 11. For much of his Test career, though, he was used as a nightwatchman and was generally successful.

Anderson did the job for England on at least 20 occasions, exhibiting solid defensive technique throughout.

Of course, England cricket captains have moved away from the King of Swing in the latter years of his Test career, preferring other options when a nightwatchman is required.