Cricket Betting Tips: Who Will Win The T20 World Cup?

Who will emerge victorious at the T20 World Cup later this year? Check out our top tips on one of cricket's biggest tournaments 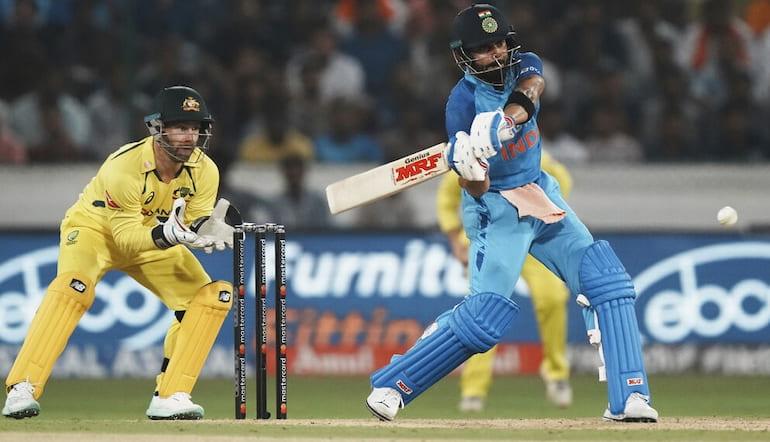 England and Australia have each recorded emphatic wins over Afghanistan and Sri Lanka respectively, but their clash on Friday is huge.

England saw the rain truncate their run chase and lead to a DLS loss to Ireland on Wednesday, while Australia are under pressure after their loss to the New Zealanders.

This is a fiercely competitive group, and these two tournament favourites are a long way from guaranteed a place in the last four.

Cricket betting markets narrowly favour the Australians at 4/5 to win the match.

Of course, England dominated the old rivals in the lead up to this tournament, and the hosts have some significant selection dilemmas to answer around the balance of their side. The form of Aaron Finch is a major concern.

This match is taking place at the MCG, where rain hit on Wednesday.

This ground produced a classic between India and Pakistan earlier this week, and its massive square boundaries can play in the favour of bowlers who hit the pitch like Josh Hazlewood and Mark Wood.

The pair are the favourites to be their respective teams leading wicket takes at 13/5 and 29/10.

England’s batting struggled early on against Ireland, with lateral movement causing problems for the top order.

If the ball jags around in the powerplay again, there could be value backing Harry Brook to top score for Jos Buttler’s team at 19/4.

The performances from England in the warm-up matches surely make them the best bet to win this one at Evens. Conditions will be slightly different to when they faced Ireland, with the match taking place later in the day.

Should the ball continue to move, Australia’s batsman could equally find it challenging if England pitch up.

There aren’t many bigger betting on cricket events than the T20 World Cup. Postponements have made these tournaments come along like London buses, with the 2022 edition arriving almost exactly a year after Australia were crowned champions.

The Aussies are the hosts this time, and are favourites to defend their crown before the live betting action kicks off on 16th October.

Familiar conditions play into the hands of the Australians, but it’s worth noting that hasn’t always been a decisive factor in T20 World Cups.

India won in South Africa, Pakistan won in England, West Indies won in Sri Lanka and India, and the Aussies themselves lifted the trophy in UAE.

With T20 tournaments around the world, the vast majority of players are used to adapting their games to different surfaces.

How are the 16 Men's #T20WorldCup teams shaping up?

India are narrowly behind the host nation in the betting markets, while England come in at 7/2.

A new white-ball era has been ushered in for England under Jos Buttler’s leadership, and there are some significant questions to be answered in the lead up to the tournament with Ben Stokes set to return and Jonny Bairstow ruled out through a golf injury.

Jofra Archer’s pace is sorely missed, but England are delighted to have Mark Wood back in the fray.

Run prevention is the problem for the 2010 winners, though, and Harry Brook’s form has created something of a selection dilemma in the middle order. How do they balance the team?

Australia have the mix of power at the top of the order and some of the greatest Australian cricketers with the ball – an attack led by Adam Zampa, Pat Cummins, Mitchell Starc and Josh Hazelwood is going to slow down a lot of line ups.

They might be down in sixth in the team rankings, but the Australians will like their chances in Group 1 with Afghanistan, England and New Zealand plus a couple of qualifiers.

Teams With A Chance

It is part of tournament tradition to tab the Kiwis as dark horses, but their chances appear slim even after reaching the final last year. The batting is not as explosive as other top teams.

If England and Australia are in the box seat to progress from Group 1, things are a bit more interesting in Group 2.

Both teams possess exceptional fast-bowling units. Pakistan are at their best facing pace-bowling – playing in Australia should benefit them.

South Africa perhaps don’t have the batting depth of others, but they have raw power to take the game away from opponents if they hit their stride. The form of Babar Azam and Quinton De Kock will be pivotal.

Usually a contender in T20 World Cups, the West Indies have to go through the first round and are in a period of transition. They don’t have the same upside as previous editions of this tournament.

When it comes to making a prediction for the Men’s 2022 T20 World Cup, it’s clear that Australia and India deserve to be considered favourites.

England’s bowling is their Achilles heel, and that is what probably stops them going on a deep run.

From a betting perspective, Pakistan and South Africa represent the best value to win the tournament.

There is downside with both teams, but they deserve to be taken seriously as contenders given the importance of elite quick bowling in Australia.