Why Celtic And Rangers Would Struggle In The Premier League 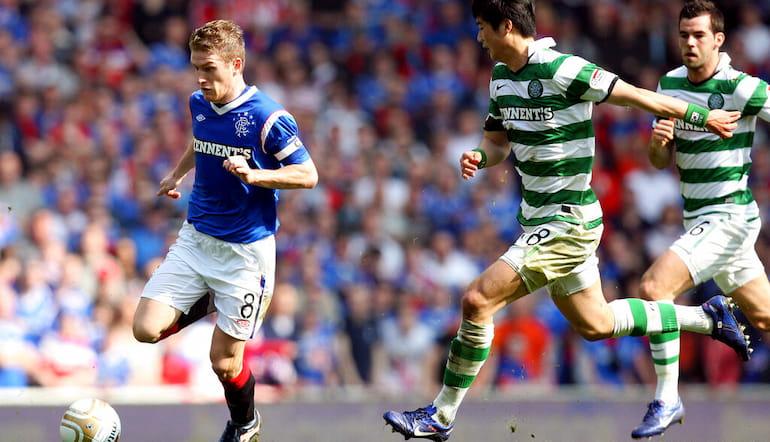 It in an inarguable truth that both Celtic and Rangers would be welcome additions to the Premier League, an idea that has long been mooted.

From their vast and passionate support, the two powerhouses north of the border would generate an electric atmosphere wherever they went, and naturally an England v Scotland element to games would provide even run-of-the-mill encounters with an almighty edge.

More’s to the point, both are huge and historic clubs. The Premier League would be lucky to have them.

Yet when we theoretically dig down into how each would likely fare in the English top-flight it quickly becomes apparent that their lofty status in the Scottish Premiership would not painlessly transfer to the English equivalent.

Indeed, it is strongly suspected that the Hoops and the Gers would struggle quite badly, for the short-term at least.

In 2021, as football considered reconfiguring itself post-pandemic and with a ‘British Super League’ up for serious discussion, a ‘supercomputer’ was used to predict how the Glasgow giants would hold their own against Manchester United and Liverpool et al.

The results were hardly encouraging.

Why Ryan Giggs is the most over-rated footballer in Premier League history.

Tipping Rangers as relegation candidates, and stationing their arch-rivals mid-table, the findings acted as a stark reminder of the chasm in quality between the leagues, and for that matter, the gulf in class between the Old Firm and its English counterparts and should anyone doubt this we only need look to the levelling playing fields that lie beyond our shores.

We only need look to Europe.

For Rangers to make a mockery of all European football tips and reach the Europa League final last year was a tremendous achievement. It was also an exceedingly rare one.

Because typically they are undone on the continent, either going out when drawn against decent opposition or, from time to time, exiting embarrassingly to the likes of FC Progres Niederkorn, as they did in 2017.

It is necessary to Google FC Progres Niederkorn to find out where they’re from. They ‘re from that famous hotbed of footballing excellence, Luxembourg.

Celtic meanwhile have not fared any better. Regular participants in the Champions League, by virtue of winning the league ten times in 11 years, the Hoops have failed to progress past the qualifying stages six times in the past decade.

They too have lost to some barely pronounceable and thoroughly obscure names along the way.

A look through their respective squads tells us why, with the days when they could attract superstars such as Paul Gascoigne long gone. In their place, there are predominantly players who are Championship level or under.

In fact, could a reasonable case be made for any current Rangers or Celtic first-teamer making it into the starting eleven for West Ham, Everton or Wolves, three sides battling the drop in the Premier League at present?

A disparity in finances is ultimately the cause of this of course, so it could be argued that over time the Premier League fortunes would put the Glasgow giants on a much firmer footing.

Until that happened though, they would struggle. Quite badly too.