10 Reasons Why Cricket Is The Best Sport In The World

Watched by millions around the world each year, cricket is incredibly popular. Here, we discuss 10 reasons why cricket is the best sport in the world 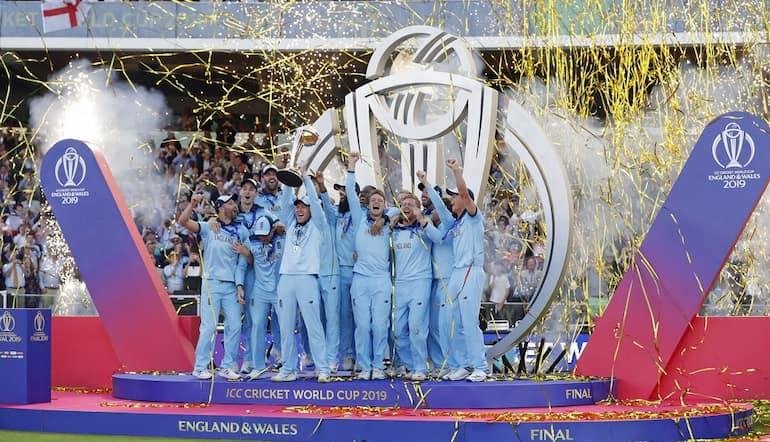 An estimated 2.5 billion people follow cricket around the world.

It is second only to football in its audience, and the sport continues to post massive viewing numbers despite scepticism about the game’s health. The 2019 World Cup was the most-watched ICC event of all-time.

Here are 10 reasons why cricket is the best sport in the world.

Illustrated by the range of cricket betting tips, this is a sport which comes in various formats. The five-day battle of Test cricket is favoured by traditionalists, but cricket is constantly evolving.

Once a controversial invention, 50-over white-ball matches are now a staple with that form of the game being challenged by The Hundred, 6ixty and T10.

Cricket can be whatever you want it to be. There are leagues and tournaments for those that favour the crash-bang-wallop of the shortest formats.

The red-ball game is still going strong at the international level, too, providing a dramatically contrasting alternative.

Which other sport can provide such variation?

Cricket sports betting pages are littered with star names – the aforementioned octet are just a small selection of the world’s most iconic cricketers in 2022.

Each country could contribute multiple other players to add to that list, and that’s before we get to the T20 specialists excelling in the IPL, Big Bash and other leagues.

Debates like Tendulkar vs Kohli are bound to fire up fans, but that shouldn’t distract from the depth of talent in world cricket right now.

Players are capable of things previous generations didn’t even dream of, and their workload is unlike any era before.

They might not be marketed like their peers in the Premier League, NBA or NFL, but cricket has plenty of its own star power in the 2020s.

A cricket match can be turned on its head in numerous ways. It can be hefty hitting, it can be a well-paced knock, it can be a grinding 50 off 150 balls. That’s only batters.

Bowlers can grab a match by the scruff of the neck with a string of wickets or they can strangle the scoring rate. Perhaps a wicketkeeper pulls off a stumping or a leaping catch.

Fielders can create a wicket with sharp ground fielding to force a run out, with exquisite reactions in the slips or with supreme athleticism for a leaping grab.

Every cricket match is a theatre for players to exhibit a range of skills in every discipline.

The first Test match was played in March 1877 between England and Australia. Cricket has come a long way since then, of course, but the history is a fundamental part of the sport.

Tradition can/should enhance the appeal of cricket, though an adoration of the past can see the sport edge towards pomposity and conservatism.

However, cricket’s history is a net positive for the sport as a whole.

From the historic stadia like Lord’s and the SCG to picturesque venues like Galle, Mount Maunganui and Newlands, cricket is played in some spectacular surroundings.

That’s just a selection of the grounds we see on television with professionals involved, let alone some of the beautiful club pitches around the world.

No other sport can rival cricket’s assortment of stadia.

The worldwide nature of the sport means there’s no dead period in the cricketing calendar. International matches take place pretty much everyday of the year, headlined by the Boxing Day Test.

Cricket is ahead of many its sporting peers when it comes to analysis. Data has changed sports across the board over the last couple of decades, and this has been embraced by cricket teams and analysts alike.

The pace of the game, particularly in red-ball formats, lends itself to in-depth discussion.

Some will be content with appreciating the heavy-hitting of the Blast, but others can get stuck into the technical merits of a change to a backlift or adjustments to the field.

Cricket crowds, in general at least, do not have any animosity. Sitting alongside a fan of the opposing team is not a problem.

In most cases, it is a welcoming, good-spirited environment to enjoy a day’s play without the sort of aggression associated with attending some other sports.

Alcohol-fuelled stands aren’t for everybody, but most grounds have dedicated family areas, too. A day out at the cricket is appropriate for all ages – there aren’t many better ways to spend a summer’s day.

The rhythm of a cricket match, and the time it takes, is an ideal recipe for sporting drama.

Where other sports can be rapidly changing with a flurry of goals or points, cricket is a different kind of tension. It’s unique emotion, a stress that builds through hours or even days.

In certain instances, each delivery is a combination of nerves and excitement for fans. Emotions simmer as a bowler runs up with a collective intake of breath awaiting the outcome.

It isn’t accurate to say cricket is necessarily more dramatic than other sports, but it is a different kind of drama. Which other sporting events can compare to a match like the 2019 World Cup final?

Sports science and ever-increasing data analysis are changing how we think about the game, from optimal lengths to field placings and risk evaluation.

The players of the 2020s are playing shots that weren’t even invented 15 years ago. Bowlers are inventing new deliveries on an almost weekly basis.

Fielding, though, is perhaps the most dramatic change, such is the athleticism and quick-thinking on display in the modern game compared to their predecessors.