Why England Will WIN The 2022 World Cup

Can England end 56 years of hurt and win the 2022 World Cup in Qatar? Our football writer is backing the Three Lions to go all the way 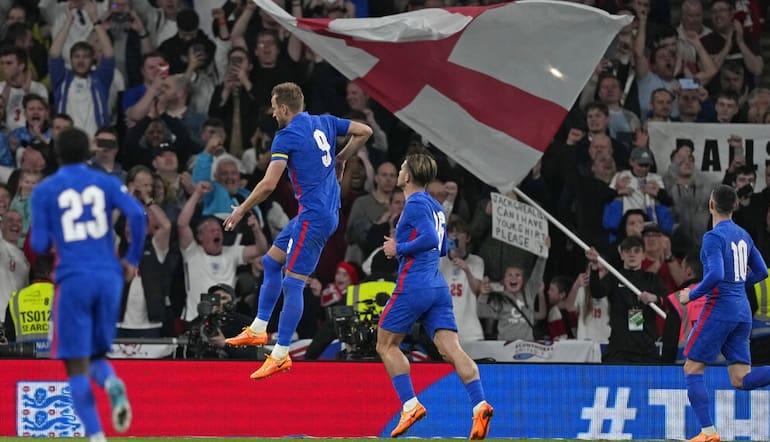 England aren’t quite the favourites in World Cup odds, but they are right in the mix.

Where considering England among the inner circle of contenders was often misplaced optimism at previous tournaments, Gareth Southgate’s side have proven they deserve to be included in that conversation.

Some ill-timed Nations League fixtures should not dampen the considerable goodwill accumulated during the Southgate regime, nor should it lessen the hope that England can make history in Qatar.

Poor performances and results at the end of a lengthy season are not enough to undo what Southgate has achieved, taking an underachieving team in turmoil and making them into World Cup semi-finalists and runners-up at the Euros.

Southgate’s critics point to favourable draws, yet past England teams would have found a way to make even fortunate paths to the latter rounds seem like a minefield.

Colombia and Germany, in particular, were far from walkovers. This is an England team which has delivered more in tournament football than any other since Geoff Hurst’s hat-trick beat West Germany at Wembley in 1966.

Backing of the national team might be low around the country after twice losing to Hungary and failing to beat Italy or Germany, but the betting markets reflect a different picture.

The same can be said of World Cup power rankings. Sure, Southgate’s football is too negative at times. Sure, they are likely going to have tougher knockout opponents than in the Euros or previous World Cup.

But for all the doubting of Southgate, for all the dispute over formation and team selections, England have one of the most talented squads heading to Qatar and are poised for another lengthy tournament run.

One of the key elements of Southgate’s England has been the trust in youth.

There are foundational components of the team from Jordan Pickford through to Harry Kane, but Southgate has been unafraid to make alterations when players are deserving.

Declan Rice and Kalvin Phillips played their way into the Euros team – Jude Bellingham is set to do the same for the 2022 World Cup.

England’s XI for the World Cup opener against Iran will not be drastically different from the team which faced Italy at Wembley a year ago, but Southgate is constantly seeking incremental improvements.

Bellingham brings a fresh skillset to the England team which they have needed throughout Southgate’s tenure.

The ex-Birmingham midfielder isn’t the only player trending in the right direction either. England are heading into yet another tournament with a squad littered with improving players, and with very few who are in their post-peak years.

Harry Kane remains among the best centre forwards on the planet. Despite struggles at club level, Harry Maguire still resides in his peak years. 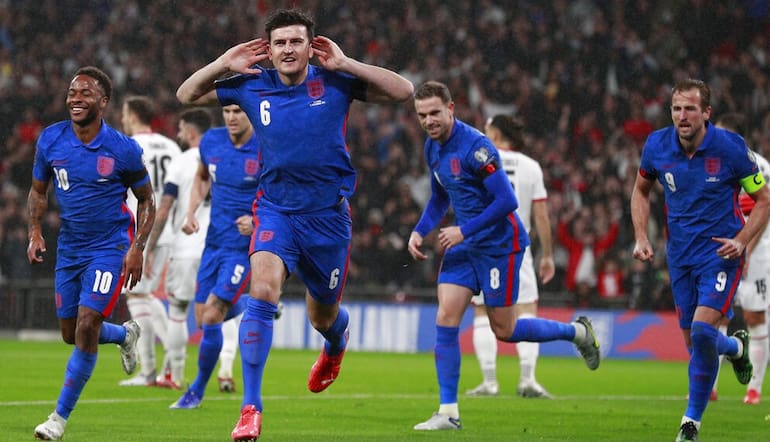 John Stones has only just turned 28. Jack Grealish could yet take his game to another level in his second campaign under Pep Guardiola.

This England squad is only getting better. The 26 heading to Qatar still has the peak-career performance down the spine, combined with an even more talented supporting cast.

Part of the benefit of success in international football is how it sets a foundation for the future.

Breaking through into the last four in Russia aided England when it came to going on a run at the Euros three years later. It’s relevant both on and off the pitch.

Southgate has reduced the pressure on the players, completely changing the environment around the England team.

There is also an ingrained self-belief among this group on the back of what they have achieved. Southgate has stayed true to how he thinks the team should play, resisting external pressures to change style or personnel.

England have struck that perfect point between self-confidence without complacency, evident in both Southgate and his players.

A healthy portion of self-belief is required to cope under pressure – England have quietly shown that inner confidence, a faith in their own abilities, a trust from the manager in his players and vice-versa.

This winter’s World Cup arrives at the optimal time for England (aside from the skewed calendar).

It is a chance to see the culmination of Southgate’s work; the progress of individual players, his growth as a manager, and the benefits of deep tournament experience. 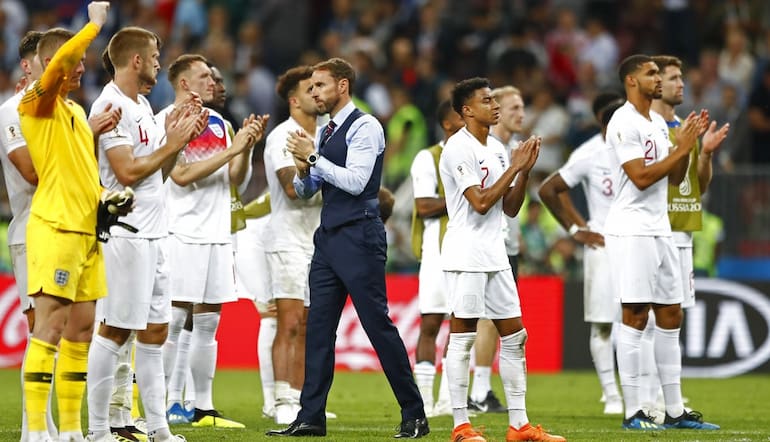 Progression from the group will be straight-forward. Senegal are the probable opponents in the last 16, and all it takes is an upset for the quarter-final matchup to be considerably easier than most are projecting.

Should it be a tougher journey to the final, England are better equipped for matchups with the world’s best than they were in 2018 and 2021. Southgate has a wealth of options rivalled by few others at the 2022 World Cup.

There is a general discomfort with English teams being favourites. Media and fans alike get jittery. Minor concerns are amplified to full-scale hope-destroying issues.

The prospect of playing a back five becomes a ‘Southgate must go’ point. Selecting the wrong third striker or backup centre-back will be exaggerated to a nonsensical scale.

Sometimes it needs to be simplified. England have a great squad. In Bellingham, Rice, Mount and Phillips, their weakness in midfield is not the issue it once was.

Kane and Raheem Sterling lead an attack which can do damage against any opponent.

🦁 England are blessed when it comes to forward options.#ThreeLions pic.twitter.com/qXD4saWHDV

Southgate might not be perfect, but it should not be a debate that he has had an overwhelmingly positive impact on the England men’s team. His and England’s results in the last two tournaments speak for themselves.

It won’t be a normal World Cup with packed beer gardens and fan zones. There are great unknowns with the impact of the altered schedule and the searing heat. This tournament is different for everyone, and particularly so for the Three Lions.

The biggest difference of all, though, is there’s a very real chance it might finally be Coming Home.