Wimbledon Women’s Winners - Who Has The Most Wimbledon Wins?

The Wimbledon women's winners list is full of famous tennis betting names. Which female player has the most Wimbledon titles? 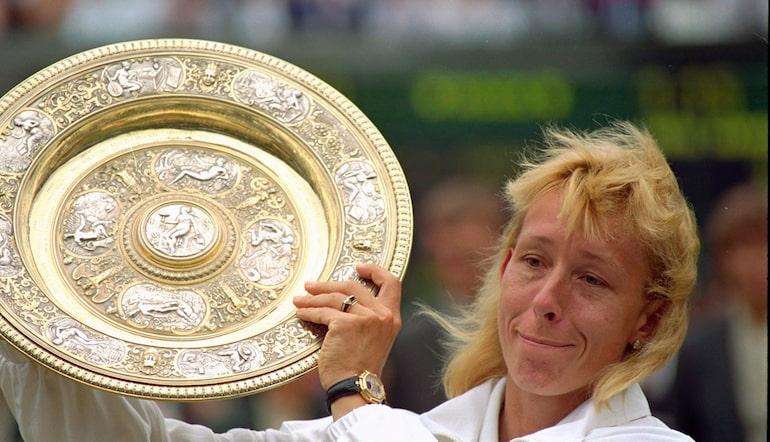 The women’s draw at Wimbledon can be split into very different eras. Several of the game’s all-time greats have enjoyed periods of dominance at the All England Club, making them hefty tennis betting favourites for years in a row.

Running down the most successful women in Wimbledon history, we find several spells of repeat winners.

Women have won two or more Wimbledon singles’ titles on the bounce on nine occasions in the Open Era, starting with Billie Jean King’s back-to-back success in the 1970s.

Wimbledon has been unpredictable from a sports betting perspective in recent years. The three most recent champions were all first-time winners. As the list of Wimbledon Women’s winners below shows, though, that has not always been the case.

Only Margaret Court has enjoyed more success at a Grand Slam with her 11 Australian Open titles.

Navratilova also ranks joint-third all-time in total singles Slam titles – Serena Williams (23) and Steffi Graf (22) are the only women in the Open Era to have won more.

Such was Navratilova’s sustained success, she appeared in finals in multiple different eras of the women’s game.

Her rivalry with Chris Evert (five times meeting in the final) is what is perhaps best remembered, but Navratilova also duelled with Graf in three finals in the late 1980s and faced Conchita Martinez in the 1994 final.

Graf was near unbeatable at Wimbledon for a long period. Following her 1987 final defeat to Navratilova, the German star won seven of the next nine titles.

Graf’s only losses in that period were a semi-final, three-set upset to Zina Garrison (who then lost to Navratilova in the final) and one of the greatest shocks in Grand Slam history in the first round in 1994.

Behind Navratilova and Graf, only two other women have more than four Wimbledon singles titles in the Open Era. Serena and Venus Williams have a combined 12 titles, with Serena’s seven putting her level with Graf.

Serena is one of the richest tennis players ever. Many consider her the GOAT, and she is unquestionably one of the best athletes of the 21st century.

It was actually Venus who broke through at Wimbledon first, however, defeating Lindsay Davenport in 2000 and Justine Henin in 2001.

Serena got the better of her sister in the final in the two following seasons. That wasn’t the last time the sisters matched up on Centre Court in the last match of the tournament, however.

Serena Williams is so ridiculously good at tennis that she can make the quarter-finals of a Grand Slam while wearing a tutu.

Venus beat Serena in straight sets for her fifth title in 2008. 12 months later, Serena got revenge to win her third title.

Serena defended her title again in 2010 – the Williams sisters won nine of 11 Wimbledon titles between 2000 and 2010 (Serena was runner-up in one of the other two).

Since 2010, Serena has won three more Wimbledon titles and been runner-up twice. Venus made her ninth final in 2017.

The aforementioned quartet have combined for 28 Wimbledon singles titles in the Open Era. Only two others, Billie Jean King and Chris Evert, have won more than two.

King started the Open Era off with her third consecutive singles crown, beating Judy Tegart in two sets. King won three in four years in the 1970s, with Evert splitting up her period of dominance by winning in 1974 and 1976.

Evert won her third and final title in 1981. Despite finishing with three titles, Evert’s Wimbledon career could have been so much more – the Florida born star lost seven Wimbledon finals throughout her career, contributing to her unwanted record of the most Grand Slam finals losses of all-time (16).

Find more information about some of tennis’ most extraordinary records in our article on Wimbledon men’s winners.

American Helen Wills Moody led the way in the Amateur Era, winning eight titles between 1927 and 1938.

Dorothea Lambert Chambers is second to Wills Moody with seven titles, though Lambert Chambers’ successes came between 1903 and 1914 when Wimbledon was in a different format.

Three of Lambert Chambers’ titles came through defending the challenge round.

Brit Blanche Bingley and French right-hander Suzanne Lenglen won six titles apiece in the Amateur Era. Lenglen dominated the women’s game at the All England Club with all six of her titles coming between 1919 and 1925.

Billie Jean King and Margaret Court are the only women to have lifted the Wimbledon trophy in the Amateur Era and the Open Era. Court defeated King in the 1963 final. King’s successes came in the two events before the Open Era.

Visit 888 Sport if its a punt on Wimbledon you're after