Which Premier League kits stand out for all the wrong reasons? Our football writer picks the five worst shirts in England's top flight this season 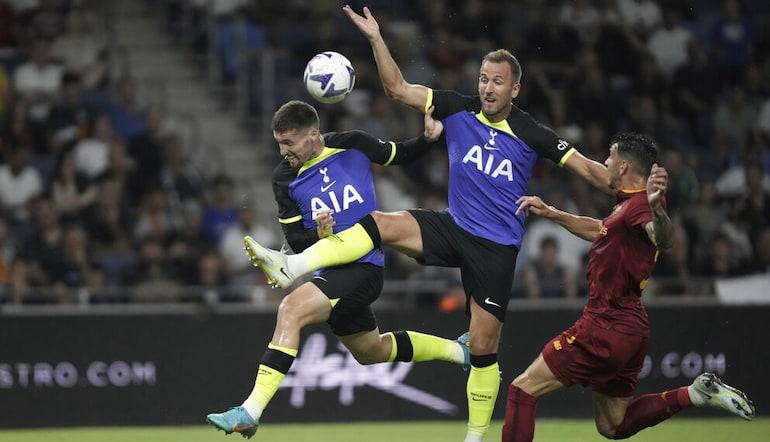 Each summer an array of Premier League kits are unleashed on the public, some sensational in their design, others less so.

The constant churn-rate of new shirts has drew some criticism in recent years, it being a major bug-bear of cash-strapped parents. They’re not exactly cheap either.

These five monstrosities though are not just an assault on our wallets. They assault our senses.

At first glance, Villa’s home shirt for 2022/23 is a refreshingly straightforward affair, it’s block design best showcasing the famous claret and blue. It has a simplicity that is a welcome throw-back to yesteryear while looking modern and stylish too.

This is a tricky balance to get right but Castore – an up-and-coming sportswear brand who also represent Wolves and Andy Murray – have done it here.

Only for some bizarre reason they then decided to add chevrons. Chevrons that point downwards. Is this a prophesy of Villa’s season or should it be taken literally? If it’s the latter, arrows direct the eyeline to where we go pee-pee.

Chelsea’s kit sponsor ‘3’ makes each shirt look like a left-back has put it on back to front and while this is unfortunate, at least the jagged lines inside the large number is something of interest.

Because elsewhere there is really nothing to see with this one. The club clearly have intended to go back to basics, creating a heritage shirt that evokes their previous heyday in the Fifties and while this is entirely laudable, they perhaps have gone too far.

It’s boring, a shirt that could empty a party should it grow a mouth and speak.

We’re tipping the Blues to be front and centre of a gripping top four battle this term. They may succeed too if opponents are lulled to a stupor by this bland top.

What can we expect from Leeds United this season as they embark on their post-Bielsa era?

Plenty of new signings intrigue, while the jury is still out on Jesse Marsch in the dug-out. Frankly, it could go either way.

What we know for sure at this point is that they will thunder into challenges at Elland Road wearing a home shirt that is pared-back and classy. It’s a lovely bit of kit.

On their travels however, the players will reluctantly adorn a tie-dye misstep from Adidas that regrettably resembles a series of large ink stains. It looks like a biro has been left in the wash.

Manchester City rightfully copped a load of flak last season for their third kit that too closely resembled a training top. Nike evidently watched this all fold then said, ‘hold my beer’.

Even the training top analogy does this clumsy combination of colours a disservice. It’s as if one of the world’s biggest sportswear brands have allowed a small child loose on Photoshop then ran with it.

Tottenham’s Premier League odds for this season prices them as viable title contenders. They deserve to take on the steep trajectory of history in something a lot more sophisticated.

A debut for our brand new away kit 😍 pic.twitter.com/6aUOLcBk6O

The Premier League relegation betting places the Toffees in danger of going down for the first time since 1951.

If that means this atrocious transgression is forever considered cursed then at least that would be some slight consolation.

It hurts the eyes. There is much more that could be said about it but surely, for a shirt that is supposed to be bought and worn in public, that is the most damning aspect of all. It hurts the eyes.