Who is Amir Khan and what is his total wealth? We profile Amir Khan net worth figures and his professional boxing career... 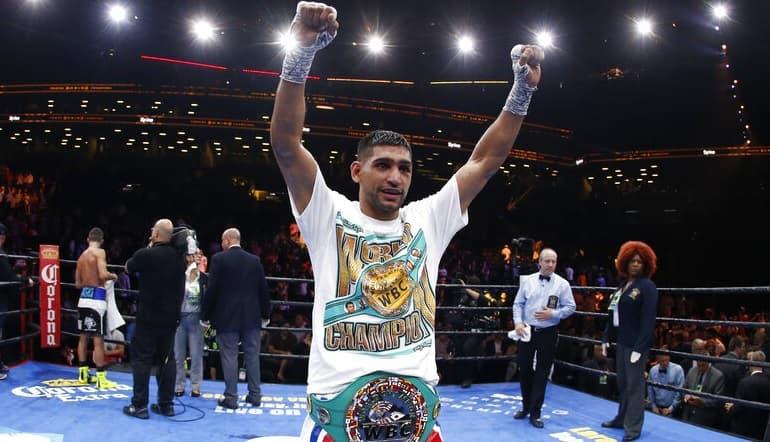 Once regarded as the golden boy of British boxing, Amir Khan has been a central figure in the sport since bursting onto the scene at the 2004 Olympic Games.

Khan showed maturity beyond his years to clinch the silver medal in Athens and boxing fans bought into the 17-year-old’s pursuit of winning a world title at professional level.

If you enjoy a casual bet on sports events, you may have placed a wager on one of Khan’s biggest fights – with that 2016 defeat to Canelo Alvarez sticking in the memory.

Despite holding the WBA world light-welterweight title for two years, the majority of British boxing fans agree that Khan has failed to live up to the billing.

Is that view unfair or has Khan underachieved? Rarely a clear favourite in boxing betting odds, the Bolton fighter talks the talk but his legacy is blemished.

Here, we look at Amir Khan net worth figures and compare his total wealth to other famous British boxers. So without further ado, let’s get stuck into his boxing profile…

As is the case with most professional boxers, Khan lives a lucrative lifestyle and his efforts in the ring have allowed him to provide financial security for his family.

According to Celebrity Net Worth, the Bolton fighter’s wealth is around £25 million – Khan has made a profitable living from boxing. 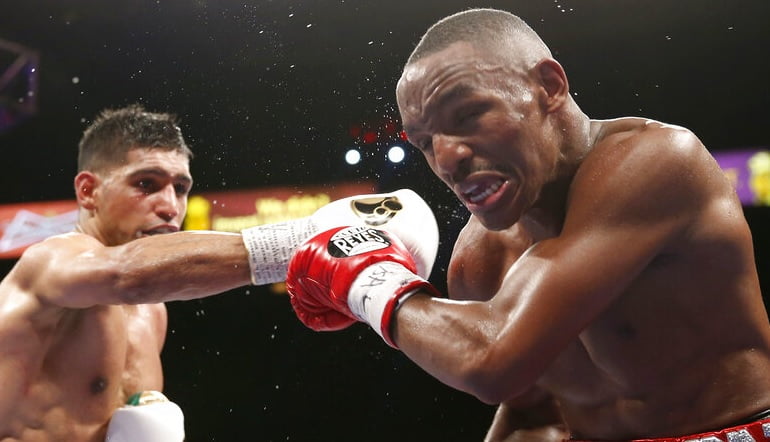 However, the biggest pay day of Khan’s career came in 2016 as he stepped into the ring with pound-for-pound king Canelo Alvarez.

Khan suffered only the fourth defeat of his professional career but financial estimates claim that he made a whopping £9.4 million from that bout.

Having jumped around the boxing weight classes throughout his career, Khan could be set for one more change to secure a hefty pay day before he hangs up his gloves.

Amir Khan has been married to wife Faryal Makhdoom since 2013 and the couple have stood tall in the face of public scrutiny over the years.

It hasn’t been plain sailing for the couple but Amir and Faryal have managed to make things work and they have focused on raising their three children together.

Oldest daughter Lamisah was born in 2014 before sister Alayna followed four years later in 2018. In 2020, the couple gave birth to a baby boy, Muhammad.

Who is Faryal Makhdoom?

Faryal was born and raised in Brooklyn, graduating from Rutgers University with a double major in political science and journalism.

Nowadays, she has several modelling roles and owns her own make-up brand – both of which contribute generously to the family income.

The pair were involved in a public argument in 2017, with Amir claiming his wife had been cheating on him with heavyweight boxer Anthony Joshua.

Leaked images had surfaced on the internet in the build-up to Amir’s outburst, with many mistaking Faryal’s initial silence as an admission of guilt.

However, she took to Twitter a few days later to clarify the situation. Shooting down the rumours as fake screenshots, Faryal said:

“I’ve been quiet for some time… because I myself didn’t know what’s going on.

“Everything that’s going on is just not right and a complete misunderstanding. The screenshots sent to Amir were ‘fake’ and Amir thought Joshua and I were speaking… we have never even met.

“Anger took the better of him and he tweeted away without thinking, there was absolutely NO truth to it.

“It’s all cleared up with both teams now and again, there was NOTHING like that going on. Apologies for all this nonsense. Now let’s get on with life now…”

In 2021, Khan and Makhdoom appeared in an eight-part documentary series, Meet The Khans, offering fans a unique insight into their private life as a family.

As of January 2022, Khan has a professional record of 34 wins from 39 fights – with just five defeats at the highest level of the sport.

While he has now gone almost 11 years since his last successful world title defence, Khan has been involved in his fair share of big fights in recent times. 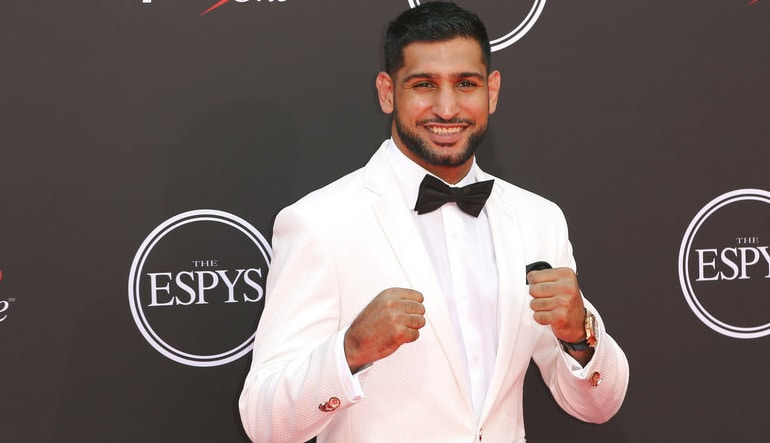 Khan has fought in several divisions throughout his career, with world title fights at light-welterweight, middleweight and welterweight level.

Stepping up and down the weight classes is no easy feat in boxing and he is set to fight old rival Kell Brook later this year.

That fight should see Kell Brook net worth boosted as much as Khan’s and it gives the Bolton fighter a good chance to add another major scalp to his boxing resumé.

The Bolton fighter has added to his hefty fortune with several television appearances, with none bigger than his time on I’m A Celebrity… Get Me Out Of Here!.

Khan took part in the 2017 series in Australia, with reports stating that he was set to become the highest paid celebrity to appear on the show.

According to reports, Khan was paid a staggering £400,000 for his three week stint as the boxing legend finished a very respectable fifth.

Khan donated a percentage of his I’m A Celebrity earnings to children’s charity Barnado’s, which he works closely with as a brand ambassador.

One of the most eagerly anticipated fights in British boxing history, exciting is building ahead of Kell Brook vs Amir Khan.

These fighters have exchanged verbal blows throughout their respective careers and this is a fight that has been years in the making.

When is Amir Khan vs Kell Brook?

At the time of writing, it looks like the fight will take place on February 19th 2022.

We’ll have boxing betting tips on the fight ahead of the event at Manchester Arena and, if nothing else, this should be some spectacle between two of Britain’s biggest boxing icons.