Andrea Pirlo vs Paul Scholes: Who Was The Better Player?

The Andrea Pirlo vs Paul Scholes debate is disputed around the world but which side of the argument are we on? 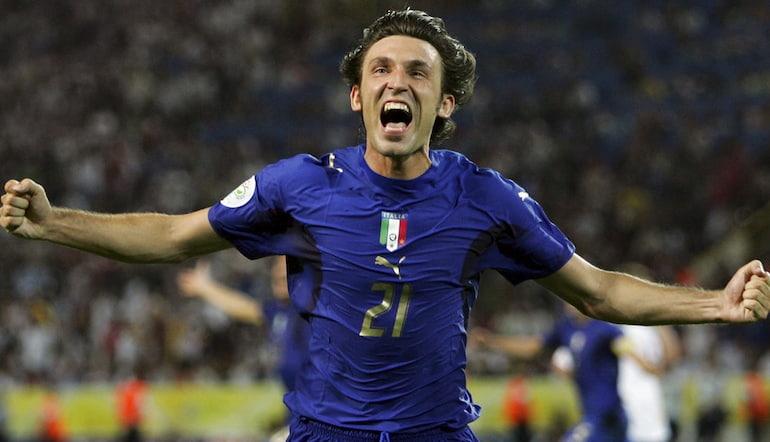 Paul Scholes was unquestionably one of the best Premier League midfielders of all time, making one shy of 500 appearances for Manchester United across an era that saw the Reds dominate the English footballing landscape.

Blessed with outstanding technical ability, he initially excelled in advanced roles before converting into a box-to-box specialist of high repute, a valuable fixture of a famed United midfield that also contained Roy Keane, Ryan Giggs and David Beckham.

In later years, the Salford Schemer was deployed in a deeper ‘quarterback’ role, a position that got the most out of his extraordinary passing range.

Andrea Pirlo also began his trophy-laden career as an attacking midfielder, even occasionally pushed up as a second striker, but a notable lack of pace – a shortcoming shared by both players – inevitably resulted in the baller from Brescia dropping into a deeper-lying role, play-making ahead of Serie A defences.

There he accrued the nickname of l’architetto (‘the architect’) for his ability to build attacks, typically from a wand of a foot that could find team-mates in space. Pirlo’s metronomic passing later gained him a second moniker, quite simply he was ‘Mozart’.

Both were sublime practitioners of their craft. Both became benchmarks for other midfielders to aspire to. But who was ever-so-slightly better?

Unsurprisingly, given their rare gifts and the calibre of clubs they played for, both players amassed considerable silverware over careers that when combined adds up to 42 years at the top.

That’s another factor that sets this remarkable pair apart: their longevity.

Breaking into the Manchester United set-up at the start of two decades of supremacy under Sir Alex Ferguson, local lad Scholes won 11 Premier League titles at Old Trafford, along with a handful of domestic cup competitions.

In 1999 and 2008, he was a Champions League winner though he was suspended for the final of the former.

Pirlo was also a regular league winner, accumulating six Scudettos, split between his seasons at AC Milan and Juventus, in addition to other domestic trophies. He too raised the Champions League on a couple of occasions, both times with the Rossoneri.

If their club trophy hauls put Scholes marginally ahead, the pendulum swings to Pirlo when we consider the international stage although caveats are necessary.

Famously, Scholes was criminally under-used and under-appreciated by a succession of England managers, as they obsessed over making a Steven Gerrard/Frank Lampard midfield combination work.

Subsequently, the Three Lions never got the best out of their best player.

By contrast, Italy treasured Pirlo, recognising him as the maestro he was, with coaches building their teams around their creative gemstone. In 2006, the Azzurri won the World Cup with Pirlo influential throughout.

Incidentally, the bulk of the Italian’s league winners’ medals derive from his four years in Turin, following a crazy transfer that saw him leave Milan on a free.

Juventus are currently long-priced in the Serie A odds for next term and what they wouldn’t give for a similar coup this summer to help them turn the tide.

While their clubs hoovered up trophies in England and on the peninsula, these two generational talents were busy breaking records and picking up individual merits, though perhaps not as many as you may think, a consequence of their unselfish playing styles.

Still, Pirlo was named Serie A Footballer of the Year for three seasons running between 2012 and 2014 and was short-listed for a Ballon d’Or a trio of times too.

As for records, no other player has scored more free-kicks in the Italian top-flight, not ever, a trait that would have made him a prominent feature in our 888 soccer prediction page back in the day.

Scholes was also widely acclaimed though it’s interesting to note that most of his accolades came at the tail-end of his long service.

In 2002, the Ginger Prince was included in a Premier League Team of the Decade, surrounded by a ludicrous array of legends. This year he was inducted into the Premier League Hall of Fame.

If official garlands strangely eluded Scholes until he entered his thirties, the same cannot be said of peer recognition, with a glittering cast of admirers lining up to sing his praises.

“My toughest opponent? Scholes of Manchester. He is the complete midfielder.”

Those were the learned thoughts of Zinedine Zidane, who according to the latest online betting odds is almost certain to imminently take charge at PSG. The Gallic giant went on to describe the England international as the ‘greatest of his generation’.

Pirlo meanwhile can call on a pantheon of footballing legends for glowing references, including Johan Cruyff who once accredited the midfielder as a ‘genius’. 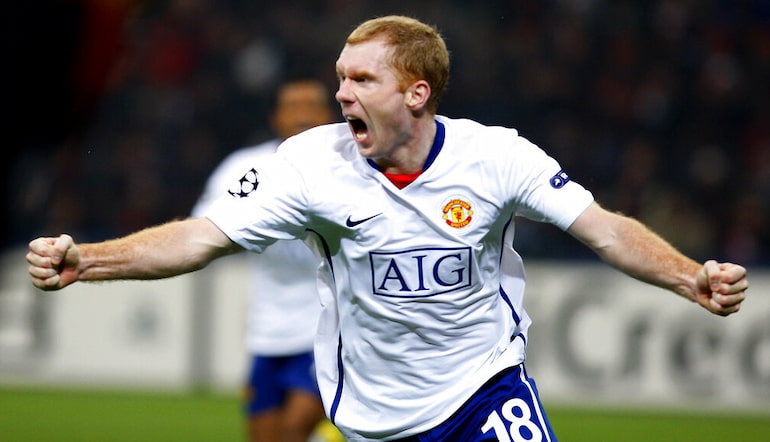 A favourite quote however is from Carlo Ancelotti who insisted his Milan charge could, ‘spot passes in a split-second that lesser players could spend a whole lifetime waiting to see’.

What is particularly heartening is that both players seem to have formed a mutual appreciation society in recent times. Scholes has said of Pirlo that he is, “a cool customer who does things in his own time. He could run a midfield with a glass of red wine in one hand.”

The Italian maestro by way of returning the compliment has said the following: “I have played with so many incredible players throughout my career, but if I could pick one that I never got the chance to play with, it would be Paul Scholes. He was one of the all-time greats. A genius on the field”

Pirlo’s World Cup success with his country obviously stands out. At the time he was very clearly the best of his ilk in the world and it showed in every game.

His clever assist for Fabio Grosso in a semi-final victory over Germany lives long in the memory. Elsewhere, a YouTube session concentrating on his finest free-kicks and goal-involvements is an hour well spent.

A 40-yard screamer into the top corner against Parma is compulsory viewing, especially as it shows team-mate Ronaldinho shocked at its audacity.

Scholes too was no stranger to spectacular efforts with a long-range volley at Villa Park in 2012 defying physics and belief.

A sweet strike at Barcelona’s expense in a Champions League semi-final is proof enough that he could perform magic on the biggest occasions when needed.

Our Premier League predictions have Manchester United chasing a top four spot in 2022/23. Put Scholes in his prime into their midfield however and they would be tipped for the title.

That’s how impactful the 5ft 6 magician was with a ball at his feet yet still he pales slightly to Pirlo, a player who can lay claim to being the very best of his type in the modern age.

The Italian’s World Cup winning medal is also a consideration and perhaps ultimately it comes down to something that sounds a bit silly but really isn’t.

For much of his imperious career, Scholes was nicknamed by some as the ‘Ginger Pirlo’. The Italian however, was always incomparable.