Andy Johnson lit up the Premier League at Crystal Palace but ultimately flopped at Everton. Is he the greatest one season wonder in English football? 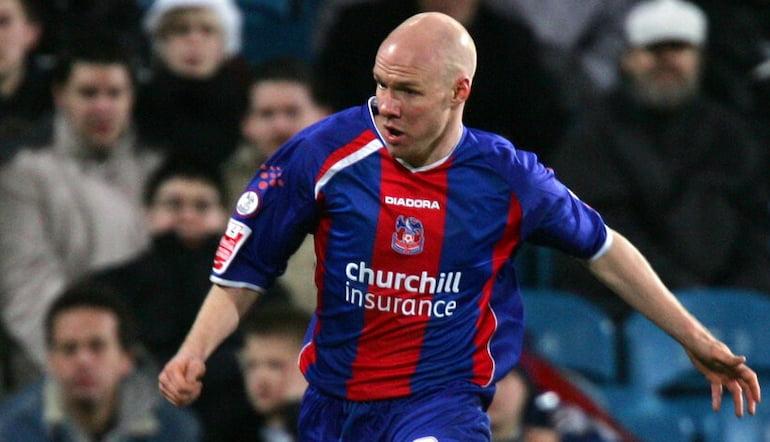 Coming off a 32-goal campaign in the First Division, Andy Johnson took the Premier League by storm in 2004-05.

Second to only Thierry Henry in the Golden Boot race, Johnson scored 21 goals in the season despite playing for a Crystal Palace team which went straight back down.

There was more than a whiff of controversy following the Bedford native, however, with 11 of his goals coming from the penalty spot.

Palace’s 11 spot kicks was five more than any other team, and Johnson was often responsible for manufacturing fouls in the area.

Those 11 goals from the spot helped Johnson earn a place in the Team of the Year, and saw him finish with seven goals more than third in the scoring charts, Robert Pires.

It was not enough to sway Palace’s fortunes in EPL tips, though, with West Brom pulling off a great escape on the final day of the season.

As the top scoring Englishman in the Premier League, Johnson was called up to the Three Lions part way through the campaign.

He was more than a penalty specialist, exhibiting some clinical finishing throughout the season, but this campaign was a clear outlier in what became a journeyman career.

Johnson had 22 goals in all competitions in 2004-05, a tally he never replicated. Injuries were partly to blame, with the 5’7 striker scoring 17 in 39 appearances following Palace’s relegation.

Upon his return to the Premier League with Everton, though, he was a long way off reproducing his penalty-driven production from 2004-05.

Luka Milivojevic has scored 10 penalties this season. Only Andy Johnson has scored more in a single #PL campaign (11, also with @CPFC)#NEWCRY pic.twitter.com/1XnWmcbf9q

Just a couple of years removed from upsetting Premier League betting odds to be named in the Team of the Year, Johnson signed with Everton. He scored 22 goals in 74 matches for the Toffees.

Fulham clearly believed Johnson could be one of the best Premier League strikers, and two seasons later splashed over £10 million on the England international.

Across four Premier League campaigns with Fulham and one with QPR, Johnson’s return was a meagre 27 goals in 116 appearances.

It was not only at club level that Johnson’s career tailed off. He never scored for England in eight appearances and ultimately retired before his 34th birthday.

Finding the same form and fortune as he did in 2004-05 was always improbable, but fitness issues had a significant role to play in Johnson’s career declining as abruptly as it did.

For that one year, he was a star of FPL predictions, and so, so nearly carried Palace to safety.

He hung around longer than some of the Premier League’s other one-season wonders, but the 2004-05 season is what will live longest in the memory.

While there must have been deep frustration in the years that followed, the heights of that peak are worth the lows.

Johnson didn’t have the longevity of many of his peers, yet so many Premier League players never get to experience what he did in 2004-05.

The England caps and the Team of the Year selection, would never be traded for a couple more 10-goal campaigns later in his career.