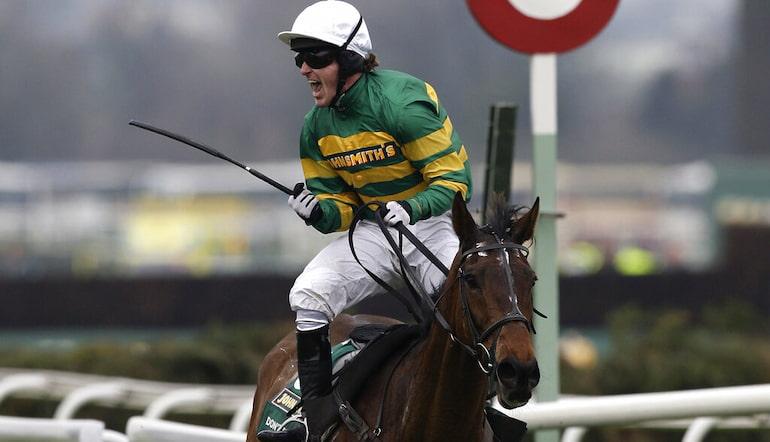 Like his champion jockey predecessor Peter Scudamore, the Grand National looked for a long time like being the one major National Hunt race that was going to elude AP McCoy and his illustrious CV, before he finally won it in 2010 aboard Don’t Push It.

The then 14-time champion broke into tears of joy after winning the greatest steeplechase in the world at his 15th attempt.

McCoy’s previous attempts at winning the race had yielded only a hat-trick of third-placed finishes and scuppered many horse racing online bets over the years.

Despite Don’t Push It winning at Aintree 12 months previously and having pushed Denman all the way in a Cheltenham contest earlier in his career, the gelding was hardly fancied at all in the betting, opening up that April morning as a 22-1 shot in the Grand National betting.

However after a frenetic run of mid-morning betting, mainly from the once a year shop punters who easily recognised the McCoy surname when perusing the field, Don’t Push It ended up the 10-1 joint-favourite and his supporters had every reason to feel confident.

William Hill, who are now incorporated into the 888 Holdings family, estimated at the time that the losses that day amounted to around £10 million and said it was a "black-armband day", while another major bookmaker described the most successful jump jockey in the business winning the race as "a multi-million-pound bloodbath".

Don’t Push It made stealthy headway as the race unfolded and eventually came to challenge for the lead jumping the second-last.

He gradually reeled in the front-running Black Apalachi as they negotiated the Elbow to run out an impressive five lengths winner.

A tearful AP McCoy told the assembled TV crews down at the finish "I’m being a big wuss. It means everything to me to win the Grand National. I always thought I would win as I always believe that everything will happen.

"Everyone on the street knows the National as it is a people’s race and from a jockey’s perspective that is why it is important. After a mile I wouldn’t have swapped him for anything else, and I don’t just mean horses, as he had totally taken to it."

It really would have been a complete travesty if the greatest jump jockey of all time had failed in his quest to win at least one renewal of the Grand National. 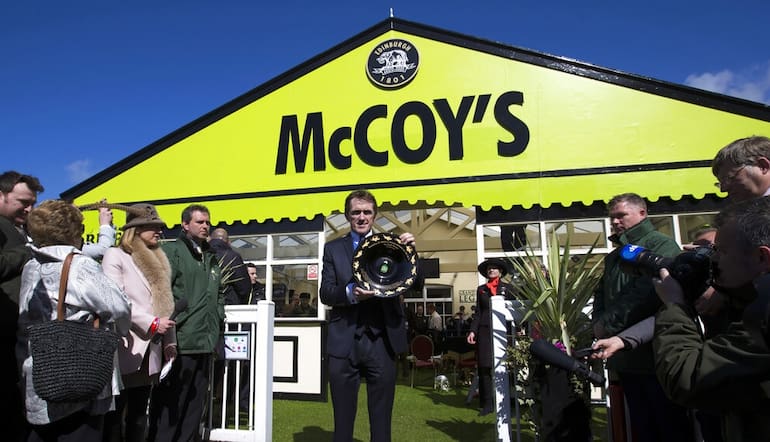 A 99% career haul would have been totally unfair on National Hunt’s hard man, especially when AP always gave the job 100% in pursuit of the winners.