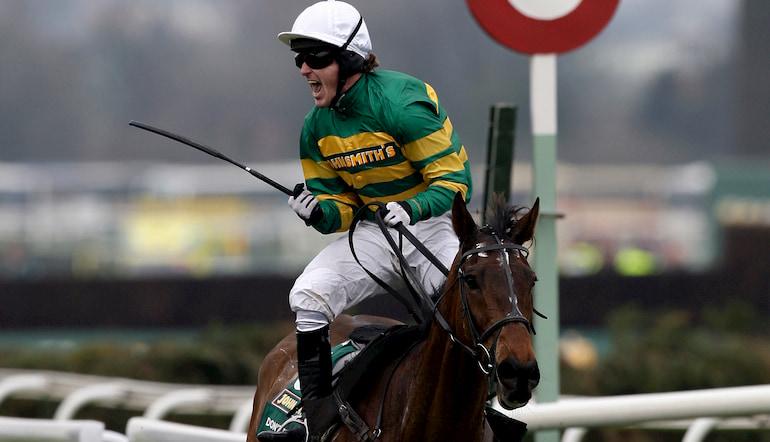 Successful jockeys are part and parcel of horse racing. The greatest jockeys in the sport can influence horse racing betting in ways that good jockeys cannot.

Measuring the ‘best’ horse racing jockeys of all-time is a difficult task. Simply going by most race wins is unfair – though we have tried our best to put the best jockeys in order.

While some may choose to focus on the best UK jockeys in horse racing, we’ve gone with the greatest jockeys from around the world.

Although some of today’s top horse racing jockeys miss out, breaking into these rankings is a tough task. Here are our top jockeys to sit in the saddle.

He may not be the most famous jockey on this list but Baze boasts a career record of nearly 13,000 winning rides – falling just shy of a 25% strike rate.

A 10-time American champion jockey based on most winners in a season, Baze partnered the world famous Lost In The Fog throughout his career.

The biggest negative against him? He has no Triple Crown or Breeders’ Cup wins on his CV. However, Baze still scrapes into our best jockeys rankings.

In terms of longevity, Laffit is right up there with horse racing’s top jockeys. When he finally announced his retirement, Laffit had been racing across five decades.

His victories on Swale at the 1984 Kentucky Derby and 1986 Breeders Cup Classic will live long in the memory with horse racing fans in the United States.

With 9,530 race wins and around $237 million of prize money secured for connections, he is able to more than hold his own on this top horse racing jockey list.

The phrase ‘age is just a number’ gets thrown around a lot but Smith justified that particular statement after partnering Justify to secure the US Triple Crown in 2018.

Smith is one of the most successful jockeys in Breeders’ Cup history, winning 26 races at the United States showpiece horse racing meeting.

Back in 2019, Smith surpassed Jerry Bailey for the most American Grade 1 triumphs. He is a cert on this list – the only debate is whether he should be higher up in our jockey charts.

Richards was a 26-time Champion Jockey but he is often overlooked when horse racing fans talk about the greatest UK jockeys of all-time. There is a good chance his record will never be equalled.

Longevity, success and impact on the sport are three of his greatest traits and all three are key reasons for his place in our top horse racing jockeys rankings.

Richards left a lasting legacy that has been continued by son Nicky, who has stables on the edge of the Lake District. A true horse racing icon.

If you are looking for the best horse racing jockey for prize money, Velazquez would sit at the top of the list – he has earned over $415 million in career winnings.

To be fair, the Puerto Rico rider has notched over 6,000 winners throughout his career and he has won some of the biggest races around, including the Kentucky Derby and Belmont Stakes.

Velazquez was lucky enough to partner Kitten’s Joy and Scat Daddy – both of whom have gone on to become two of the most successful horse racing sires.

Shoemaker was a unique jockey in his era – he had an unrivalled ability to get the most out of his mount, even when the odds were against him.

Widely regarded as the best jockey to ride in North America, Shoemaker racked up a hefty 8,883 race wins during a sensational 41-year career.

Estimates suggest that Shoemaker won close to $120 million as a jockey while adding an additional $3.7 million as a trainer. He is sorely missed in the US horse racing community.

One of the most charismatic horse racing jockeys, Dettori is one of the best in the business and he has been there and done it all around the world.

He was lucky enough to ride for Godolphin for 20 years, riding some of the best horses in training. In addition, Dettori is the most successful Prix de l’Arc de Triomphe jockey ever with six wins.

He has developed close relationships with Stradivarius and Enable in recent times and we will hopefully see the Dettori flying dismount for years to come.

A dominant figure in National Hunt racing in the modern era, Walsh is regarded as the best jockey in Cheltenham Festival history. He leads the way with 59 Festival winners.

Walsh retired in 2019 after winning his 213th Grade One race. He is undoubtedly one of the most consistent jockeys when it comes to the biggest horse racing meetings.

Often cool and composed in the saddle, Walsh has ridden some of the best jumps horses of all-time. Mind you, that’s hardly surprising given he has 2,500 career wins.

Piggott comes very close to nicking top spot – many regard him as the greatest jockey in the history of horse racing.

He finished his career with over 4,400 career wins, defying the odds despite standing at 5 foot 8 inches tall. Piggott was the very definition of ‘one of a kind’.

With 30 Classic triumphs, a Prix de l’Arc de Triomphe success and two Irish Derby victories, Piggott is one of the most decorated horse racing jockeys.

Followers of horse racing betting tips in the UK will know all about McCoy. He finished his career in the saddle with over 4,300 victories – an incredible achievement.

Crowned the flat racing Champion Jockey for 20 consecutive years, McCoy dominated horse racing for two whole decades. Imagine being the star of your sport for that long?

In 2010, McCoy capped his career as he was named the BBC Sports Personality of the Year. To this day, he is the only jockey to win the award.