Excited for the start of the 2019/20 NBA season? We look at three teams who could shake up the league this year... 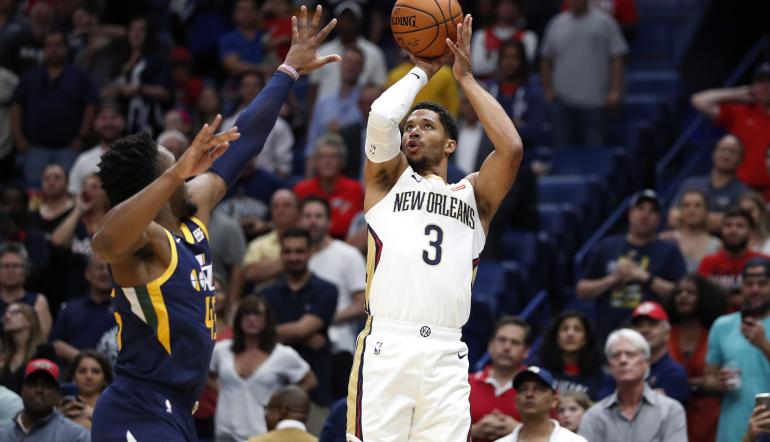 The build-up to the NBA season is littered with win totals, MVP picks and previews. The NBA stars to watch in preseason are evaluated in excruciating detail.

This year, unlike last, is focussed more on the basketball than comments from players. The free agency circus is over with, speculation over future trades and contract signings is down the priority list. For now.

The best NBA arenas will be packed in just a few days’ time. Some are filled with hope. Some with expectation. Others – yes, Madison Square Garden – will be a place of pessimism, all-too familiar disappointment.

There are teams, like the Lakers and Clippers, that are locks to make the playoffs and fancied by many to win the title.

Others less flashy, such as the San Antonio Spurs, but there’s a relatively small window of what is possible. This article is looking at those with a huge range of outcomes, the teams that could come out of nowhere.

Various chaos with Fred Hoiberg and Jim Boylen, along with injuries to Lauri Markkanen and Wendell Carter, meant the Bulls won just 22 games last season. Chicago have the talent to at least double that tally this term – the line is at 31.

Zach LaVine has work to do on shot selection and defence, but he’s a natural scorer and supreme athlete.

Markkanen and Carter have the makings of a superb frontcourt pairing. Otto Porter, Thaddeus Young and Tomas Satoransky are ideal veteran supporting cast members as Boylen looks to develop his gifted young core.

Coby White isn’t expected to be a major contributor this season, and the depth is limited. There’s a downside where the Bulls are in the depths of the lottery again.

This roster is far from hopeless, though. The talent there has serious upside, and Chicago have been sensible in their additions.

If LaVine, Markkanen and Carter stay healthy and improve with Porter knocking shots and Satoransky playing solid point guard minutes, a playoff spot is well within reach. Who knows, maybe the five or six seed is possible.

With a catalogue of nationally televised games and Zion Williamson, the Pelicans aren’t exactly going under the radar.

No one really knows what to make of New Orleans; most have them as a contender for the eight seed, but some think it’ll take time for a young roster to work together.

It’s not just Williamson that makes Alvin Gentry’s team a fun watch. They will play turbo-charged basketball, racing up and down the floor with lobs and dunks a regular occurrence.

Brandon Ingram and Lonzo Ball are contenders for Most Improved Player, while Jrue Holiday remains one of the best two-way guards in the league.

Get the balance right early on, and the Pelicans can make a real run at the playoffs. There are certain matchups where a first-round upset would be possible.

The playoff spots are wide open in the Eastern Conference. 888sport’s NBA odds still have the young Hawks as an outsider at 5/2 to make the postseason, but there’s plenty of reason for optimism despite only winning 29 games this season.

The line is at 33 wins for the Hawks this season, which seems a bit low. The over is the bet to go with. Lloyd Pierce has talent aplenty at his disposal thanks to some shrewd work from Travis Schlenk and it goes well beyond runner-up in 2018/19 Rookie of the Year Trae Young.

Young leads the way, of course, and could become an All-Star this season. Kevin Huerter, a knockdown three-point shooter, and John Collins are exciting young talents.

Allen Crabbe, Alex Len, Evan Turner and Jabari Parker can all provide helpful veteran minutes. It remains to be seen if Chandler Parsons is a useful role player. The Hawks aren’t going to be playing in the NBA Finals, but they could be a difficult playoff opponent.

A leap forward from Young, a big season from Collins and quick adaptation from Reddish and Hunter could quickly make Atlanta one of the better Eastern Conference teams.

Basketball
NBA
About the Author
By
Sam Cox