Who scored the greatest slam dunk in NBA history? We look at the best NBA slam dunks of all-time... 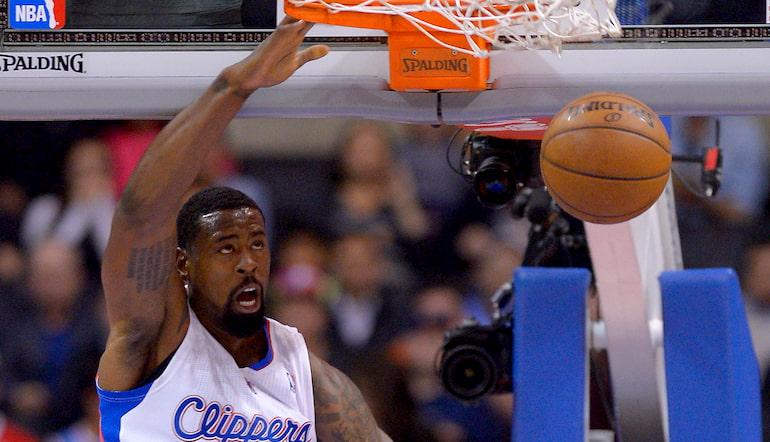 The best slam dunks are displays of athleticism. Spectacular in their own right, they can give a team a notable in-game boost, and stick on highlights reels for years to come.

It doesn’t necessarily alter 888 NBA betting odds, but there can be a swing. The lingering momentum of a showstopper dunk is one of the great intangibles of a basketball game.

A team on a run can be given a brutal hit as the hammer is thrown down, wrestling the initiative back to the team on the wrong side of that run. The best NBA head coaches will admit that it can make or break a team's challenge in a contest.

We are looking at the greatest dunks in NBA history, a trip down memory lane for some jaw-dropping athleticism…

Everyone who bets on basketball in the 1990s saw plenty of Scottie Pippen, the Robin to Michael Jordan’s Batman as the Chicago Bulls won six titles.

When Jordan retired from the NBA (the first time), Pippen was the Bulls’ star. He had to put Chicago on his back. Playing the New York Knicks, Pippen delivered an emphatic slam on New York favourite Patrick Ewing.

Chicago ran in transition, with a pass towards the hoop, and then a quick touch pass to Pippen as he darted in from the wing. Pippen gathered the ball and exploded into the air.

Ewing, a three-time All-Defense player, met Pippen just outside the restricted area. The Knicks big man clearly had ambitions of a block, but that quickly proved to be a bad idea.

Pippen’s momentum carried him through Ewing for a huge slam. Ewing fell to the floor and Pippen stood over him, giving a brief stare for good measure.

No, not that Jordan. DeAndre Jordan is better known as a journeyman centre in today’s NBA. Peak Jordan is perhaps forgotten about, but he was one of the best athletes in the NBA, a ferocious dunker and elite rim protector.

Back in 2013, Jordan set social media ablaze with a posterization of Brandon Knight. Fittingly for the Lob City Clippers, this monstrous throw down came off a Chris Paul dribble down the right wing.

Knight rotated to the rim. He tried to meet Jordan as Paul’s pinpoint lob drifted in. Jordan got to the ball first, and overpowered Knight, sending him tumbling to the hardwood. The Clippers bench, and the whole of Staples Center, erupted.

Widely considered the greatest in-game dunk ever, Julius Erving’s effort over Michael Cooper wasn’t as violent as others on this list. The glory of this Erving dunk is the smoothness, how he cruises up the floor and puts it in over Cooper.

This dunk had significance in the game too, coming with just over a minute left to put the Sixers up four over the Lakers in January 1983. Philly went on to win the game.

Erving leads a Philly break after he secures a steal. He bounds up the left-side of the court, those long strides rapidly taking him towards the paint.

He cradles the ball in his right hand just inside the three-point line and takes two more massive strides.

With Cooper in pursuit, Erving leaps into the air, just rocking the ball in his right hand almost to tempt the Lakers guard into a steal. The right arm of Erving extends, and he throws it over Cooper for the slam.

King James Does It Himself

It’s one thing pulling out the flashy dunks in a February drubbing of the Charlotte Hornets. It’s something else to do it in the NBA Finals - but the most followed NBA player on Instagram is the man for the big stag.

That’s exactly what LeBron James did in 2017, taking the ball in transition and beginning a trademark drive into the paint. Kevin Durant loomed at the rim, however, forcing James to think fast.

He gathered his dribble, chucked it off the backboard and collected it in one motion to dunk over the top of a helpless Durant.

Already deep into his thirties at this point, this play shows so much of why LeBron James’ teams remain NBA betting favourites.

Vince Carter is arguably the greatest dunker in NBA history. We could have filled this article with iconic Carter slams and narrowing it down to one NBA entry was hard.

It is Nets era Vince that makes the list and it’s a former Defensive Player of the Year on the wrong end of the stanchion-wobbling dunk.

Now ESPN analyst Richard Jefferson fails with a lay-up at the rim. The rebound falls to Carter on the perimeter, who swings the ball round his back, takes a couple of dribbles and flies towards the basket.

Mourning meets him there, in a great position to contest, but nothing is stopping Carter as he barrels into the Miami Heat big man, throwing the ball through the hoop as Mourning falls to the ground.