Which NBA stars rank in the top 10 players for Instagram followers? 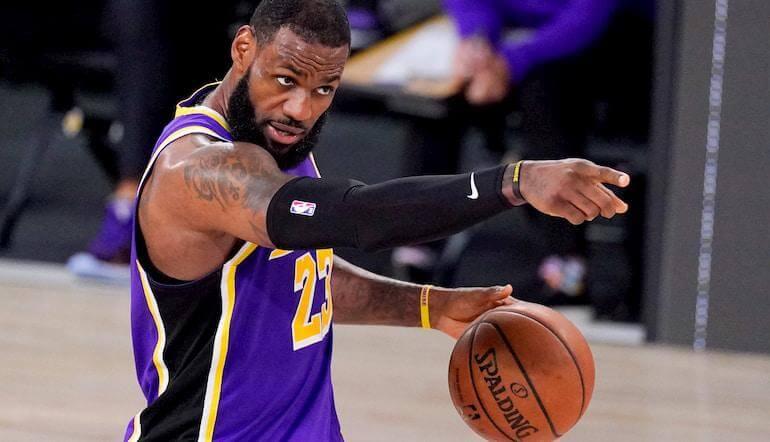 NBA players are among the most active athletes on social media. While you're browsing the latest NBA odds at 888sport, it is often worth checking what the top players have been up to ahead of an important match.

Where other sports see their stars guarded on Instagram and Twitter, with accounts run by agencies, NBA players are generally more engaging, more willing to be open, and more likely to be involved in conflict with each other.

Following NBA players on social media can give some fresh plotlines as you look to bet on basketball. Certain players are renowned for stirring things up (looking at you, Joel Embiid) and others can use it as a tool for sly messages about their future.

For this list we have used Instagram following numbers as more of the league’s stars are active on that platform over Twitter. Once again, King James sits top of the pile - and it isn't even close.

A return to NBA action with the Portland Trail Blazers kept Carmelo Anthony on this list. If you are looking at the greatest NBA slam dunks, chances are you will see footage of Anthony.

He has found a role on Portland, embracing being a supporting player to Damian Lillard and CJ McCollum in a way that he didn’t at his previous stops.

Anthony is one of the modern great scorers. Ten times selected for the All-Star game and six times All-NBA, his longevity, his peak performance, are sometimes forgotten amid the late-career turmoil.

The nine others are long-term NBA names. The majority (perhaps all) will be headed to the Hall of Fame. Lonzo Ball is a flawed, albeit talented, guard in his third year.

His most significant moment in the NBA to date was being traded for Anthony Davis, a deal that made the Lakers NBA betting favourites.

Ball's journey to six million Instagram followers is partly due to his activity on his account. It’s partly the result of playing for the Lakers.

A lot of it, though, is down to the fanfare surrounding him on his way to the league and the attention his father, LaVar, gets. The Ball family are celebrities beyond the NBA.

Paul George has done a lot of talking over the last few years. Some of it has been vital (opening up about mental health struggles), other parts have been less impressive.

George has taken to Instagram occasionally to tell everyone how little he cares what they think. How much anyone believes that is down to personal interpretation.

One thing is for sure – he’s under huge pressure to deliver on his Playoff P nickname next season.

From Los Angeles to Houston, from Houston to Oklahoma City, Chris Paul has been moved around the league. He’s likely on the trade block again this offseason after a strong season with the Thunder.

A contract which looked untradeable is suddenly an asset for Sam Presti, provoking trade rumours galore.

Could CP3 be taking his talents to Madison Square Garden? Could the Milwaukee Bucks swing a deal? All will be revealed over the next few months.

A perennial MVP candidate in 888 betting, Houston Rockets guard James Harden is a private person by the standards of NBA superstars.

He infrequently gives one-to-one interviews and isn’t all that active on his social channels. That hasn’t stopped Harden racking up millions of Instagram followers.

He might still be waiting for playoff success, and it’s a new era of Rockets basketball coming up, but he remains one of the league’s biggest names.

James Harden is the first player in #NBA history to score 30 or more points against every team in one season.

Kevin Durant isn’t shy of a debate on social media. He’s frequently engaged with fans and NBA writers on Twitter, often calling people out when they criticise him. The two-time Finals MVP is a great follow.

Durant returns to NBA action at the start of the 2021 season after a lengthy lay-off with an Achilles injury.

One of the three best players in the league when healthy, if he can get back to the player he was, the Brooklyn Nets will be legitimate title contenders.

Whether it’s flat-earth theories or making barely sensical comments about his teammates, no one could ever call Kyrie Irving boring.

He also hit perhaps the biggest shot in NBA history in Game 7 of the 2016 NBA Finals.

Irving isn’t the perfect teammate, nor is he the perfect player. In full flow, though, he’s mesmerising to watch, leaving defenders baffled with his superhuman handles and physics-defying lay-ups.

Most NBA stars have their group of devout fans. Russell Westbrook’s group of adoring supporters are the most vocal in the NBA.

Westbrook is a divisive figure on and off the court, a thrilling player to watch, but often inefficient. Of course, people aren’t following him on Instagram for his efficiency.

He’s been outspoken about his split with Kevin Durant and cemented himself as one of the league’s biggest names when he averaged a triple-double, becoming the first player to do so since Oscar Robertson.

There are fair questions to ask about Steph Curry’s place in NBA history. Is he top 20? Is he top 10 all-time?

During lockdown back in March, he even hosted a live Q&A with Dr Fauci to teach people about coronavirus.

Curry is a way off King James’ follower tally, but his 31.4 million puts him far clear of his nearest competitor, which feels an accurate reflection of his standing in the NBA.

As of the end of September 2020, LeBron James is the 33rd-most followed account on Instagram. Several football clubs and brands are ahead of him – Cristiano Ronaldo and Lionel Messi are the only athletes with greater followings.

James is very active on Instagram, posting stories most days. There are family snaps, videos from the court and graphics of his and his teammates’ achievements.

Most notably of late, James has used his account to campaign against social injustice and push his More Than A Vote movement.