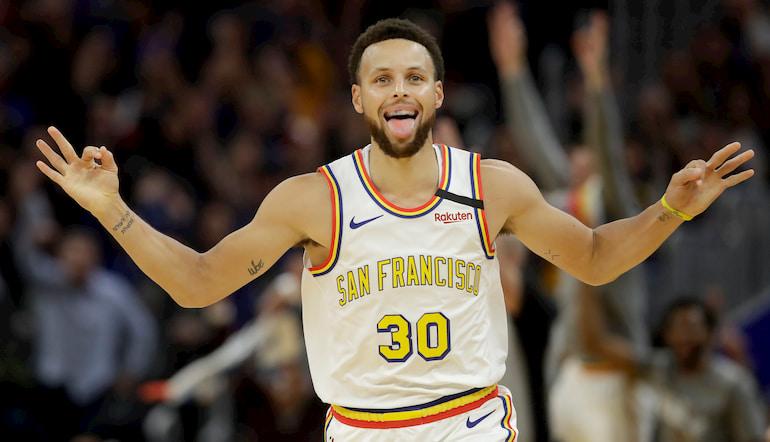 NBA salaries are complex. Past achievements and service time dictate the maximum contract a player can receive.

The size of the contract is worked out as a percentage of the salary cap.

Depending on when their deals began, some of the highest paid players in the NBA are on identical salaries for the 2019-20 season.

A hand injury meant Steph Curry spent much of the regular season on the sidelines.

After five straight NBA Finals appearances, the Golden State Warriors fell to the worst record in the NBA. With a high draft pick to come, they will be back among the top NBA betting teams again in 2020-21.

Curry’s salary is the greatest in the league, but it’s one of four big contracts on the Warriors’ roster.

Andrew Wiggins, Draymond Green and Klay Thompson will all be taking home significant money for the foreseeable future, too.

Seen as a near-untradeable contract until he was actually traded last offseason, Chris Paul has been a man on a mission in 2019-20.

Paul delivered in crunch time throughout the season, taking the Oklahoma City Thunder comfortably into a playoff spot.

Depending on the direction the Thunder go in, Paul could be on the move again this offseason. His performances alongside Shai Gilgeous-Alexander and co. have shown he’s far from finished.

The two remaining years on this deal could yet put potential trade partners off, however.

Westbrook has an extra season left on his deal, and though they are both point guards, the two future Hall of Famers play the position in very different ways. Houston have had to change their game as a result.

Westbrook came into his own in the weeks before the hiatus. The Rockets’ ultra-small lineups space the floor more than he’s ever had before.

Westbrook’s limitations are well known, but even in his thirties, his sheer athleticism is thrilling.

Changing backcourt partner has meant some adaptation for Harden, though his usage rate remains above 36% and he once again leads the league in scoring by a distance.

Houston have been in win-now mode for several years. With Harden and Westbrook’s contracts, there will be difficult years to come, and they are nearing the now-or-never point.

Kevin Durant’s fitness will be crucial for anyone looking to bet on basketball next season.

The Brooklyn Nets, with Durant and Kyrie Irving, are a fascinating team. The front office has some big decisions to make this offseason.

Prior to his injury, Durant was in the reckoning to be considered the best player in the NBA.

Whether he deserved that title or not, there’s no question that the former Seattle Supersonic has been a top five player for the best part of a decade.

John Wall hasn’t played in an NBA game since Boxing Day 2018. The Washington Wizards, carrying Wall’s contract, have been stuck as a result.

It has helped Bradley Beal’s development, but Washington have been in mid-lottery nothingness for a couple seasons.

The level Wall reaches when he returns to the court will determine where the Wizards are heading.

A Beal trade, a lengthy rebuild, is possible, though it would be a lot of fun to see the All-NBA version of Wall alongside peak Beal.

One of the all-time leaders in NBA All-Star appearances, LeBron James’ contract is not befitting of his status in the game.

James’ career moves have not been focused on maximum salary – he could be earning much more than this.

LeBron has an array of business interests. He makes plenty more money aside from his NBA wage.

James joined the Lakers to pursue a championship. With Anthony Davis alongside him, he’s in position to do that in the Orlando bubble.

Finally getting the praise he deserves, Kyle Lowry is a reigning NBA champion and one of the best paid players in the league.

The Toronto Raptors point guard was in the final year of a three-year, $100 million contract, but it was extended for another season back in October.

The Raps have been an uplifting tale this season. Lowry is the heart of this team, a team that has been every bit as impressive despite the departures of Kawhi Leonard and Danny Green.

He’s not the highest profile name on this list, but the Raptors have got good value for that contract.

The most likely contract on this list to be traded this offseason, Blake Griffin’s future is uncertain once again as the Detroit Pistons begin a rebuild.

Griffin was a stud in 2018-19, but injuries resurfaced this year. He played just 18 games as the Pistons fell to a dismal 20-46 before the season was suspended.

Traded by the Clippers to become the Pistons’ star man, Griffin’s has evolved from a dunking machine in his early years in the NBA to a point forward.

He’s developed range, a serviceable three-point shot, and carried Detroit to the playoffs last season. Who will he be playing for when the 2020-21 campaign begins?

Many basketball betting tips favoured the Los Angeles Clippers to win the title on the back of Paul George and Kawhi Leonard’s arrivals last summer.

George’s first year in LA has been interrupted by load management and niggling injury, but the wing duo have shown flashes of what they can do together.

George is a six-time All-Star and one of the very best defenders in the league at his position.

He might not be good enough to be the number one guy on a title contender, but he’s a special second option.