Who Has Made The Most NBA All-Star Appearances Of All-Time?

Kareem Abdul-Jabbar tops our list of the most NBA All-Star appearances but who else makes the cut? 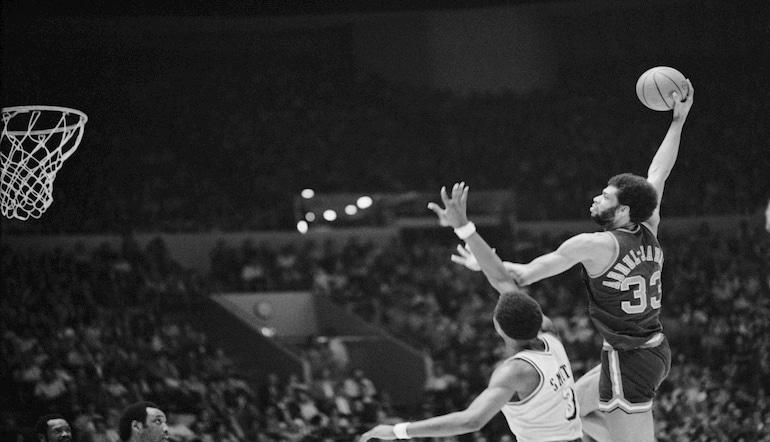 Only the best in a given season get selected to the All-Star game and maintaining that over the best part of two decades is an achievement reserved for inner-circle Hall of Famers.

Of course, there are a few sentimental selections along the way, too. The list below shows the players with the most NBA All-Star appearances, featuring several players with a claim as the greatest to ever do it.

Despite having the most All-Star appearances ever, six rings and being the NBA’s all-time top scorer, Kareem Abdul-Jabbar’s place in the best NBA team is still up for debate.

Some would put Wilt Chamberlain, Shaquille O’Neal or Tim Duncan ahead of the six-time MVP. Kareem’s skyhook is as close to unstoppable as anything the NBA has seen.

The late Kobe Bryant ended his career one short of his fellow Lakers icon. Black Mamba was the youngest All-Star starter in league history in 1998.

Despite missing out in 1999, he was back on the roster in 2000 and was selected to every All-Star game from then on until his retirement.

Bryant picked up three rings alongside O’Neal at the start of the century and went back-to-back with Pau Gasol later in the decade.

LeBron James remains among the best players in the NBA. His 16th All-Star selection in 2020 will not be his last, and he could be top of the pile by the time he calls it a day.

James’ career started in high school. Touted for superstardom from a young age, he has delivered throughout, winning in Miami and returning to Cleveland to deliver a title for the Cavaliers with the biggest comeback in NBA Finals history.

He’s now looking to lead the Lakers to their first chip in 10 years.

Shaquille O’Neal might be the most dominant player the league has seen. One can’t help but wonder what the league would’ve looked like if he and Kobe Bryant had stuck together.

As it was, O’Neal retired as a four-time champion with three Finals MVPs. He’s fourth all-time in career PER, behind LeBron James, Michael Jordan and Anthony Davis.

The best player in Minnesota Timberwolves history, and by quite a distance, Kevin Garnett collected the majority of his All-Star appearances while on the T-Wolves before the blockbuster trade that saw him join Paul Pierce in Boston.

Garnett won the 2008 championship with the Celtics – he finished his career with nine All-NBA selections on top of the 15 All-Star nods.

Duncan, known as ‘The Big Fundamental’, was the foundation of one of the greatest NBA dynasties in San Antonio, and a playoff streak that remains active.

Only six players in NBA history registered more win shares than Duncan. Four of them are on this list.

His Airness would be a bit higher on this list if he hadn’t taken a mid-career break to try his hand at baseball.

Michael Jordan transcended basketball, taking the sport to new audiences. He has become an immensely successful businessman and the Jordan brand is one of the most recognisable around.

With five MVPs, six rings and six Finals MVPs, the 14 All-Star appearances are overshadowed on any list of Jordan’s achievements. That says it all.

The second-highest point scorer in NBA history, Karl Malone has everything but a ring on his CV. He has the joint-second most All-NBA first team selections alongside two pretty big names: Kobe Bryant and LeBron James.

Malone’s partnership with John Stockton owns an array of NBA records. The duo mastered the pick-and-roll.

The Mailman’s place in NBA history is a point of relative controversy, but there’s no doubt he’s one of the greatest power forwards to play the game.

Dirk Nowitzki’s 14th and final All-Star appearance came in 2019 as a gesture to his and Dwyane Wade’s retirements.

Nowitzki is the greatest European player in the history of the NBA and has 12 All-NBA selections on top of his 14 All-Star picks.

Like so many players on this list, Nowitzki’s trademark move will forever be associated with his game and what he brought to the Dallas Mavericks.

A long-time Laker, The Logo was an All-Star regular during the 1960s and early 70s. Jerry West was a champion in 1972 alongside Wilt Chamberlain and he famously picked up Finals MVP in 1969 despite being on the losing side.

West went on to coach the Lakers and become general manager of the Memphis Grizzlies.

In recent years he has been an advisor for the Golden State Warriors and Los Angeles Clippers and remains one of the most respected voices in the league.