Is The NBA Following A Similar Path To The Premier League?

Internationalisation is having a major impact on the face of the NBA - is basketball's elite competition a clone copy of the Premier League? 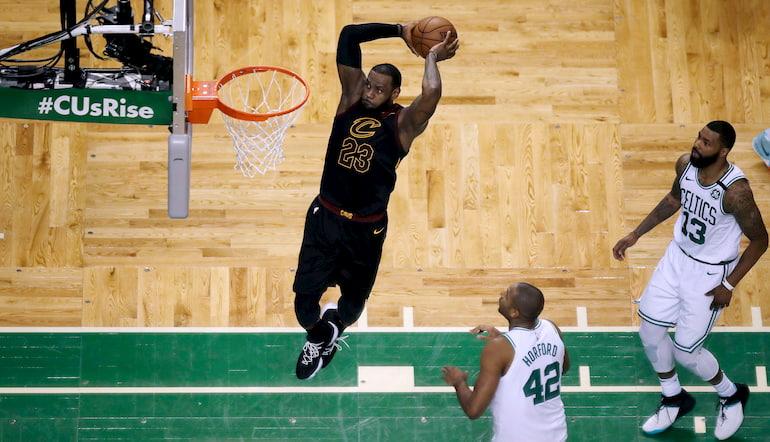 The Premier League is worldwide. There are players and fan groups from every continent, its popularity all over the planet is what sports leagues aspire to.

Other leagues are looking to replicate what the Premier League has achieved, and that includes the NBA.

Despite being a fringe sport in the UK, basketball is one of the biggest in the world.

Depending on the criteria used, it tends to rank somewhere between second and seventh. Total Sportek have it second with over one billion followers.

International players have become more common since Hank Biasatti became the first in 1946 - he only played one NBA season.

The four that followed Biasatti also only survived a lone campaign in the league, and it wasn’t until the 1980s that international players became legitimate stars.

Dominique Wilkins, Patrick Ewing and Hakeem Olajuwon were among the best players in the league, and all three are in the Hall of Fame.

High-profile busts led to prejudice against international players in some quarters. The memory of Darko Milicic, who the Pistons took over Dwyane Wade and Carmelo Anthony, frightened front offices.

Swinging and missing on an international prospect did more damage than the same outcome on an American. Olajuwon and Wilkins sparked progress in that regard, but each flop fed the underlying concerns about international players.

For those playing abroad before the draft, there was the added issue of scouting.

Video wasn’t readily available through the 1990s, contributing to Tony Parker and Dirk Nowitzki falling to 28th in the 2001 draft and ninth in the 1998 draft respectively. Teams were drafting with less information.

Nowitzki is one of five international players to have won MVP, along with Parker’s long-time teammate Tim Duncan, Steve Nash, Olajuwon, and Giannis Antetokounmpo, who is the NBA betting online favourite to make it two in two in 2020.

Duncan, Parker and Manu Ginobili anchored one of the greatest NBA dynasties. The 21st century has seen a marked change, the post-Jordan era of the NBA has expanded far beyond the shores of North America.

Having more foreign players increases interest abroad. Previous overseas stars had that impact - the influence of Nowitzki in Europe cannot be overstated.

Joel Embiid and Pascal Siakam can inspire a generation of African youngsters, Luka Doncic is looking to follow Nowitzki’s footsteps, and Ben Simmons may be one of Australia’s best sporting exports. Foreign players feed wide-reaching growth.

While LeBron James remains King for now, the NBA has a bright future, and that’s largely down to the influence of international players.

There’s a succession plan, a collection of supreme talents from all over the planet, and that’s before we touch on the next American stars like Zion Williamson and Jayson Tatum.

As many as three international players could slot into first team All-NBA for this season.

There are a lot of variables on how the league develops, but it’s not far fetched to suggest a future where international players make up half or more of the top 10 players in the league.

Antetokounmpo and Doncic are already at that level, Embiid and Jokic are there or thereabouts. Siakam, Karl-Anthony Towns and Simmons aren’t far off.

It isn’t just about those appearing in the NBA All-Star Game either.

Plenty of the league’s best role players are from outside the US, and the prejudice, particularly against European players, is starting to wane, though it played a part in Doncic going third overall behind Deandre Ayton and Marvin Bagley.

The Premier League’s progression wasn’t identical, but the increase in percentage of overseas players in the NBA is similar to what the Premier League went through in its early years.

It started with stars making the breakthrough in the NBA, with the best international players proving their ability as All-Stars.

There are plenty of that calibre now, and dozens more who have developed significant NBA careers, earning millions and helping their teams win games.

It’s no revolution, but the NBA is changing. There’s a chicken-and-egg situation with international fandom and international players.

The next generation of superstars, the players who can succeed LeBron James and Steph Curry, features more international players than not, and that can only be a positive for the growth of the league.

Doncic, Embiid, Jokic and Siakam will lead the way. The American force will still be strong, but there’s a cluster of stars ready to challenge for MVPs in the 2020s.

They are all capable of joining Antetokounmpo, Nowitzki, Olajuwon, Duncan and Nash.

Teams with few British players have been commonplace in the Premier League for well over a decade. The NBA is a long trek from such overseas dominance, but it is on a similar path.

Antetokounmpo, Doncic and others will inspire the next generation of international players, just as Olajuwon and Nowitzki did. Who knows what the balance between American and international NBA players will be in 10 or 20 years’ time.

If the Premier League is anything to go by, the NBA could come under pressure to bring through American stars if overseas talents dominate through the next couple of decades.

Internationalisation can only be a good thing for a league, increasing revenues and improving the standard.

It isn’t such good news for those in charge of USA basketball, particularly following a quarter-final exit at the FIBA World Cup.

888sport is the place to be for basketball bets, tips and news!