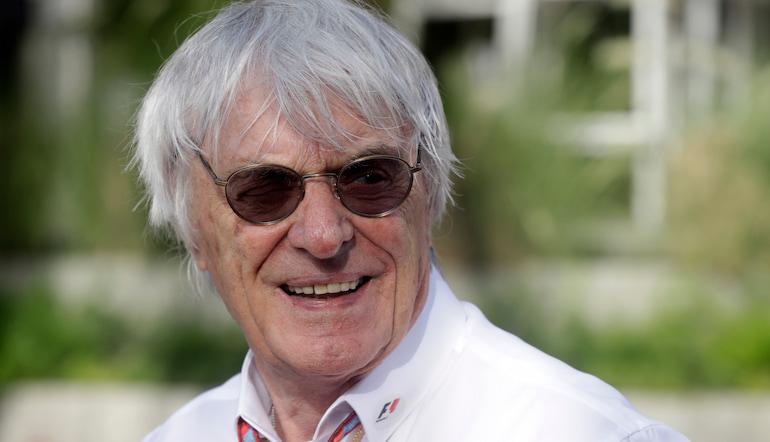 Bernie Ecclestone might not hold sway over F1 betting odds as he did in the past, but he remains a famous figure in the sporting world.

Ecclestone was the head honcho of Formula One until 2017. He has been marred with controversy throughout his life, including his involvement with Queen’s Park Rangers.

How Much Is Bernie Ecclestone Worth?

His decisions no longer influence Formula 1 betting tips. Ecclestone, now 90 years old, is still a popular figure in the British tabloids. His wealthy lifestyle remains a topic of intrigue for many.

Here’s everything you need to know about Ecclestone’s life, from net worth to Formula One involvement.

Bernie Ecclestone is worth over $3 billion. He might not longer be calling the shots with the F1 race calendar, but Ecclestone remains one of the richest men in the United Kingdom.

While always associated with Formula One, Ecclestone has had other ventures. Back in 2010, he made a bit for Saab. Three years before that, Ecclestone and Flavio Briatore took over English football club Queen’s Park Rangers.

A few years later, Ecclestone reportedly took a controlling share of the club. In 2011, he moved on from football, selling his stake in the team to Tony Fernandes.

Ecclestone, according to Forbes, is the 648th richest person on the planet. This puts him just behind Gayle Benson, owner of the New Orleans Saints and New Orleans Pelicans.

Bernie Ecclestone’s first involvement was as a driver back in the 1950s. Both of his efforts as a driver were in the 1958 season, though he failed to qualify both times.

This was Ecclestone’s least-known period in the sport. He went on to become a manager for a couple of drivers – Stuart Lewis-Evans and Jochen Rindt.

In 1972, Ecclestone bought the Brabham Formula One team. It might not be a familiar name to younger fans, but Brabham were one of the most successful F1 teams of their era. They were inventive, at times controversial, and always exciting.

While his own racing career never got too far off the ground after a string of accidents at Brands Hatch and disappointments in F1, Ecclestone fared much better as a team owner.

He was unafraid of bold decisions. Changes to the team were made immediately, and they switched engine suppliers on multiple occasions.

Ecclestone and the team eventually signed Niki Lauda and brought in Nelson Piquet. Piquet delivered a pair of world titles, but the Brazilian eventually left for more money at Williams.

He remained in control of the team through the 1987 season. By that point, Brabham was far more valuable than the $120,000 he paid for it. Joachim Luhti bought the team for north of $5 million.

Early in his stint as a team owner, Ecclestone formed the Formula One Constructors Association. This was a vehicle for him to develop more power in the sport.

He was Chief Executive of the FOCA by 1978. He staged what was regarded as a coup with Max Mosley, which allowed the FOCA to negotiate television contracts.

This saw prize money increase, allowed teams to get more TV revenue, and also meant Ecclestone could line his own pockets further.

During his time in charge of the sport, Ecclestone was involved in an array of controversies. He prematurely broke the news of Ayrton Senna’s death to his family.

He oversaw a farcical USA Grand Prix in 2005 and was the subject of major criticism around race planning at Silverstone.

Bernie Ecclestone has been married three times. His wife is Fabiana Flosi, who is the vice-president of marketing for the Brazilian Grand Prix. Flosi is 46 years younger than Ecclestone – she had their first child in 2020.

His first wife was called Ivy Bamford. The couple got married in 1952. A 17-year relationship with Tuana Tan followed, but that came to an end in the 1980s when Slavica Radic, Ecclestone’s second wife, became pregnant.

Ecclestone and Radic were married for over two decades, and the former Armani model received a divorce settlement of around $1 billion.

Bernie Ecclestone has three daughters. Tamara Ecclestone has become a celebrity in her own right, and is believed to have a net worth of around $300 million.

Petra and Tamara are in the public eye frequently. Ecclestone’s first daughter, Deborah, lives a very private life and little is known about her, though it is believed Ecclestone is a great-grandfather through Deborah.

Bernie Ecclestone became a father for a fourth time in 2020. With a full name of Alexander Charles Ecclestone, the youngest Ecclestone is referred to as ‘Ace’.

The former F1 chief even hinted at having a fifth child. He said, “Now I have more time on my hands and I hope I can spend it with my son as he grows up.

Ecclestone continued: "I don’t know if we will stop here. Perhaps he should have a little brother or sister?"

According to Republic World, Bernie Ecclestone relocated to Switzerland following his removal from Formula One.

He resides in a £23 million ski chalet. He previously owned a mansion in Kensington Park Gardens, too, which was sold for £57 million.