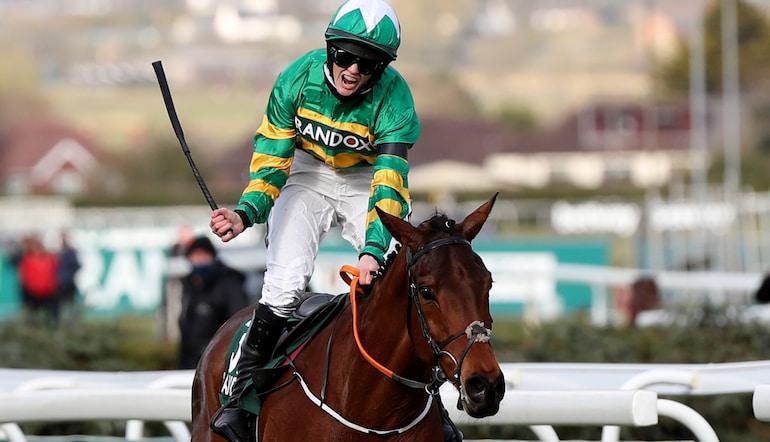 No horse race in the world grabs the public’s imagination like the Grand National, and the stories behind the winners are quite often very endearing for a whole host of reasons.

Here we take a look at 10 formers winners of the world’s greatest steeplechase and of course, take a walk down memory lane as we do.

When Rummy lined up as a 12-year-old in 1977 many believed that his best racing days were behind him and that a third historic win was simply out of the question.

Carrying top-weight of eleven stone and eight pounds and sent off a 9/1 chance in Grand National tips, Red Rum took the lead at the twenty-second fence Becher’s Brook on the second circuit, following the departure of favourite Andy Pandy, and stormed home to an unprecedented third win in the race, twenty-five lengths clear of his nearest rival.

“They’re willing him home now! The 12-year-old Red Rum, being preceded only by loose horses... He gets a tremendous reception, you’ve never heard one like it at Liverpool… and Red Rum wins the National!”

The story of Aldaniti and Bob Champion is somewhat of a fairytale.

Diagnosed with testicular cancer and told he had eight months to live, Bob Champion battled back from the disease and was reunited with Aldaniti for the 1981 running of the Grand National.

After almost coming to grief at the first fence, the pair got into a great rhythm and took the lead from the ninth fence. Although tiring and drifting in live betting odds at the end, Champion and Aldaniti held on to score by four lengths from Spartan Missile.

A movie called “Champions” was made about the story.

Trainer Jenny Pitman put women in racing on the map in 1983 when she became the first woman to saddle the winner of the Grand National.

Corbiere, ridden by Ben de Haan, held on to win by three-quarters of a length from the famous Irish runner Greasepaint.

From that point onwards Jenny Pitman was nicknamed the ‘first lady of Aintree’.

Lord Gylllene’s victory in 1997 was truly remarkable because unforeseen external factors caused the National to be run on a Monday.

A bomb scare turned plunged Saturday afternoon’s race into chaos after the entire course had to be evacuated.

The only triple figure winner of the modern era returning at a massively overpriced 100/1 and he did it with some ease - 12 lengths to be exact.

Trained by Venetia Williams and ridden by the late Liam Treadwell, the Vida Bingham-owned runner showed the true spirit of the Grand National sweepstake underdog in the 2009 renewal.

Prior to this “shock” win, it had been 42 years since Foinavon, the last 100/1 victor, had become synonymous with the magic of the Grand National. The big difference being however, Mon Mome’s victory was no fluke.

This race was so crazy and obscure that they went on to name one of the Grand National fences after the winner in this particular year.

A 23rd fence pileup by two loose horses caused all 28 of the 40 runners still in the race to either fall, refuse or unseat, with the unlikely benefactor turning out to be the 100/1 outsider Foinavon, who emerged from the pack still partnered by his jockey John Buckingham.

Several remounted horses tried to catch Foinavon up but to no avail as he totally capitalised on his 30 length head start.

The Kim Bailey-trained Mr Frisk will always make the shortlist for any greatest Grand National compilation for the simple reason that his fastest ever winning time will never be broken.

Changes to the safety of the Aintree course in 2013 mean that horses like Mr Frisk will never again encounter the rattling quick fast ground that Bailey’s horse did in 1990.

Ridden by the amateur Mr Marcus Armytage, the pair completed the race in a sub-nine minute time of 8 minutes and 47.8 seconds.

When West Tip, ridden by Richard Dunwoody, won the Grand National in 1986 it was a miracle that the popular steeplechaser was even there at all as two years prior the gelding was almost killed in a road traffic accident.

“Tippy” suffered injuries in his hind quarters after colliding with a truck and still bore two ugly scars, each a foot long when he landed Aintree’s greatest race.

A stalwart of the mid-1980’s, West Tip finished fourth in the next two runnings of the race, then in 1989, when firmly a veteran, he came second. After finishing 10th in 1990 he was graciously retired.

After 14 attempts at the great race it was beginning to look like the multiple-time champion jockey A.P McCoy was never going add to the Grand National to his illustrious CV.

However in 2010, McCoy had the first choice of all the JP McManus-owned runners entered in the field and he opted for the Jonjo O’Neill-trained Don’t Push It.

The rest is history as they say, and for the great jockey, a lifetime’s ambition achieved - much to the delight of Grand National betting punters.

Minella Times will go down in the annuls of Aintree as the very first horse to be ridden to victory in the Grand National by a female a rider, there is no doubt about that.

Rachael Blackmore made history at Aintree racecourse in 2021 on the Henry De Bromhead-trained 11/1 shot in the 173rd renewal of the historic race.

Female jockeys have only been allowed to enter and race in the Grand National since 1975, when the Sex Discrimination Act was passed.