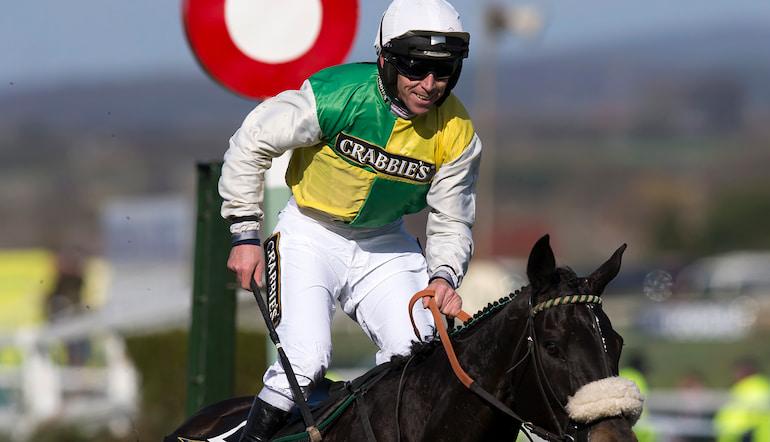 Won this race last year under Rachel Blackmore but it would be a surprise if he’s good enough to win back-to-back Nationals.

Delta Work was last seen putting on a strong display of stamina at Cheltenham when lowering the colours of stablemate Tiger Roll.

Pulled up on all three of his runs for Jonjo O’Neill since joining the yard from David Cottin. “Easy” to look elsewhere.

Finished third in 2021 despite getting hampered at one stage and has been well supported in the betting this year.

Winner of the Troytown Handicap last November but stopped rather abruptly at the Festival to be a confident pick here.

Won a Grade 2 race at the beginning of this season but has failed to build upon that since. He doesn’t look the force of old.

Unseated his rider at Cheltenham in the Glenfarclas Chase but was enjoying a decent enough season otherwise. A possible dark horse.

Has only ever attempted racing further than 2m6f twice and looks to have very little to no chance.

A former Kim Muir winner, Mount Ida came last in the Mares’ Chase at Cheltenham which is a far from ideal prep for this.

Won the Goffs Thyestes Chase in January and shapes as though an extreme test of stamina would be right up his street.

Eight-year-old Fiddlerontheroof looks to continue a fine season with the highlight thus far being capturing the Colin Parker Memorial.

Two For Gold previously unseated David Bass after the Canal Turn in the Topham Chase and will be bidding to travel much further in the Merseyside marathon.

Runner-up to Al Boum Photo in the Cheltenham Gold Cup of 2020. Now trained by Polly Grundy and merits consideration.

His level of form really doesn’t cut the mustard these days and he looks like a non-stayer on paper.

Finished fifth last year and deliberately skipped Cheltenham to be battle ready here which makes him an interesting contender.

The McNeill family owned eight-year-old was beaten a nose in the Bobbyjo Chase at Fairyhouse and is a leading player in this year’s renewal.

Bobby has run some cracking races this season but he can’t afford to be too keen in the early part of this race or else he won’t get home.

He was pulled up in last years’ race at the 20th fence and he didn’t particularly enjoy the Becher Chase back in December.

Finished seventh in last year’s Irish Grand National and is a former Thyestes winner. His 66/1 quote seems rather large?

Connections will be hopeful that this former Ladbrokes Trophy winner can bring home the bacon on this even bigger stage. His current form looks streaky however.

A win over three miles at Kempton in January is the only glimmer of hope on offer for this Nicky Henderson-trained eight-year-old.

Court Maid is an intriguing contender on what will be her first start for the Henry De Bromhead yard. She was last seen finishing the runner-up to Elimay in a Listed mares' chase at Naas in January.

Ben Pauling’s charge was a smart chaser a couple of seasons ago, winning some valuable races and came close to landing the Ultima at the Cheltenham Festival. He’s a dangerous sleeper.

His first try over the Aintree obstacles resulted in a seventh placing in last year’s Grand National. He looks sure to build on that and could easily hit the frame.

Top Ville Ben appeared to take to the famous fences in the Becher Chase at Aintree in December before making a terrible error. An error free round is required now.

Third behind Freewheelin Dylan in the Irish National last year and a decent third in the Paddy Power Chase. He could well give owner JP McManus his third victory in the race.

Not since Amberleigh House in 2004 has a 12-year-old won the National and Anibale Fly is having his fourth go at it.

Won on stable debut at Newcastle last March before being narrowly denied in the Scottish Grand National. He probably needs drying ground to figure.

The previous year’s Irish National is usually a good indicator, but Freewheelin’ Dylan was last seen pulling up in early January.

Has done nothing this season to suggest he could have any kind of a chance here.

Beaten 20 lengths in the Ultima Chase which will probably have left its mark on him.

Last year's Scottish National winner Mighty Thunder is among the leading contenders and can go well for the Lucinda Russell stable.

Cloth Cap was pulled up when a leading fancy for the Aintree contest last year but has had wind surgery since and is firing on all cylinders again.

Snow Leopardess is trying to become the first mare to win the National since Nickel Coin in 1951. She’s chronically underpriced given that she probably needs a deluge of rain to run up to her best.

Funnily enough Agusta Gold is owned by Randox boss Dr Peter Fitzgerald. They couldn’t could they? 100/1 says not.

This lightly-raced nine-year-old has won four times for trainer Harry Fry and represents a top owner. He’s definitely worth a second look.

Philip Hobbs’ runner has only gone beyond three miles two furlongs just twice in his career but he has been finishing his races strongly and stamina appears to be his forte.

The veteran has shown there is still plenty of fire left in his belly with two impressive victories at Haydock this season. He ran a huge race to finish a 50-1 sixth in last year's National.

Won the Kerry National in September 2019 but this season the ten-year-old has been a shadow of his former self.

Did you know that certain letters of the alphabet are much luckier than others when it comes to picking out Grand National winners at Aintree racecourse?

Of course there’s absolutely no science to it, but horses that have started with the letter “R” have won the world’s  greatest steeplechase at total of 21 times since 1839.

Aintree legend Red Rum clocked up three victories for Team R, while the likes of Rule The World and Red Marauder have been two of the more recent winners.

Six winners adrift from the leader is the letter “M” on fifteen victories, with the most recognisable names to those with short-term memories being Many Clouds in 2015, 100-1 surprise scorer Mon Mome in 2009 and Monty's Pass in 2003.

The letter “S” brings up the third spot, providing punters with 14 winners over the years including Silver Birch in 2007 and Seagram in 1991.

The full list of letters and their respective number of Grand National winners is as follows:

Let’s take a look through the current crop of trainers from the UK and Ireland and their respective records in the Aintree marathon.

Some have enjoyed success under Grand National sponsors while others are still waiting for their first win in the race.

Elliott’s first win in the race came in 2007 when Silver Birch won under Robbie Power. He then had an eleven year wait before Tiger Roll took top honours in 2018, then again in 2019.

Anything the Cullentra stable sends over to Merseyside to compete in the race has to be considered and invariably at least one of Elliott’s runners goes well.

With wins in 1998 with Earth Summit and 2002 with Binderee, Twiston-Davies is a formidable trainer when it comes to preparing horses for these unique Aintree fences.

If anything Twiston-Davies is well overdue another success, so keep your eyes peeled as to what he saddles.

For a massively successful operation, it’s really surprising that Mullin’s sole Grand National winner to date was Hedgehunter in 2005.

He’s been knocking on the door several times since and you certainly cannot underestimate anything he enters.

Nicholls finally registered his first win in the National with Neptune Collonges in 2012, but has mainly had mixed fortunes with the rest of his runners over the years.

Again, for a big stable, punters would have expected more from the Ditcheat maestro but the cookie hasn’t always crumbled for him.

It still beggars belief that one of the most successful National Hunt trainers of all time still does not have the Grand National on his illustrious CV.

Henderson’s first runner in the Grand National came in 1979 with a horse called Zongalero, which ironically finished the runner-up and that has been the closest he has ever come to landing the race.

*Credit for all images belongs to AP Photo*