The 5 Best Players Who Never Won The Premier League

Some players lift multiple titles, others fail to get their hands on the trophy. Here, we look at the five best players who never won the Premier League 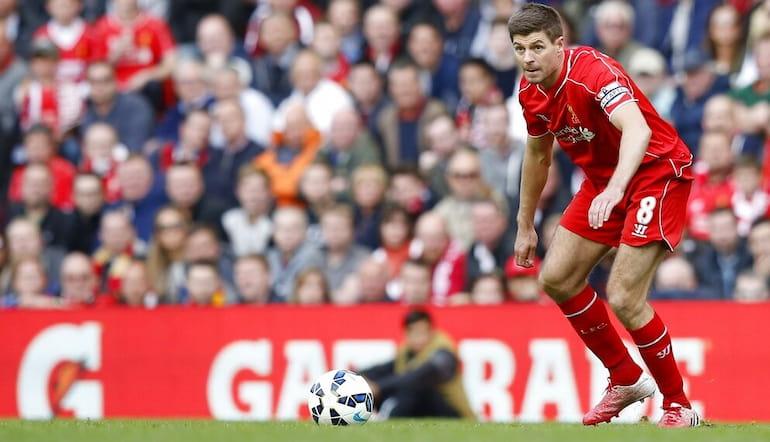 It would be unfair to name them, but there are plenty of retired players around in possession of numerous Premier League title medals, attained not from being especially talented, but because they just happened to serve a purpose at the time for a very, very decent side.

Good luck to them. Them’s the breaks.

Conversely, there are some extraordinarily gifted stars who never won the English league crown, not through any fault of their own. Not through the fault of anyone really. Again, those are the breaks.

And if it’s possible to be charitable about the first disparity, it’s harder when acknowledging the latter. Frankly, it just plain sucks.

In the most prosaic of descriptions, Zola was one of the best Premier League strikers around but there was infinitely more to the little wizard than that.

For seven thoroughly enjoyable years, the Italian lit up our pitches, with his mazy dribbles and propensity to score goals that made neutrals grin from ear to ear. He was a genius without all the baggage that usually comes with geniuses.

Alas, the silky Sardinian graced Chelsea and beyond in the era immediately prior to the transformative Roman Abramovich takeover. Indeed, he left in the same week that the money arrived, with all the success that came with it.

Famously there was ‘the slip’, a mis-control against Chelsea in 2014 that cost Liverpool so dear as a first Premier League title lay within their grasp.

Famously too, the player affectionately known as ‘Stevie G’ never got to win the competition, a charge that has been levelled against him ever since as a skewed form of proof that he wasn’t the bee’s knees.

Only he absolutely was. The marauding midfielder is the only player to ever score a goal in a FA Cup final, a League Cup final, UEFA Cup final and a Champions League final.

In the latter, he single-handedly hauled his hometown club to one of their greatest triumphs on an unforgettable evening in Istanbul.

Also, though it matters little compared to his footballing prowess, he did rather well for himself off the pitch too. Gerrard was unquestionably a special talent indeed. He just played for the right side, at the wrong time.

You may, or may not, be familiar with the bizarre tale of Ali Dia, the non-league non-entity who duped Southampton into giving him 50 minutes of top-flight action.

In a neat twist, Dia came on for an injured Le Tissier that day, meaning the finest talent the South Coast club has ever showcased was replaced by its worst.

That Dia and ‘Le God’ have won the same number of trophies makes us question the existence of a deity, ‘le’ or otherwise.

The French winger positively danced past opponents, his poise – even at full speed – leaving them twisting in the wind. With the ball at his feet meanwhile, he could regularly conjure up magic.

At Newcastle, his footballing devilment coupled with Kevin Keegan’s attacking mandate was a match made in heaven, while at Spurs, Ginola won the PFA and Football Writers' Player of the Year.

He was untouchable that season. Sadly, so many of his team-mates were not.

A similar fate befell Bale during six years at Spurs that began slowly before exploding into ridiculous feats of individuality, including a hat-trick at the San Siro that will live long in the memory.

In North London, the Welsh golfing fanatic emerged as a bone fide superstar, capable of upsetting the football odds with a blistering turn of pace and a precise finish.

His was a skill-set rare enough to persuade Real Madrid to part with a then record sum of £85.3m. Alas, surrounded by the likes of Alan Hutton and Wilson Palacios no title was forthcoming.