Who is the best small forward in the NBA? Our basketball expert picks his top 10 players at the position...

The All-Star level two-way wing is the grail for NBA franchises in 2021/22. Players who can swing NBA betting at both ends are vital. Our list of the best small forwards in 2021/22 features many such players.

We’ve got Finals MVPs at the top end, and players who are still making their way as major factors in NBA predictions further down. Here are our top 10 small forwards right now…

Two big contracts and injuries have led to an odd perception of Gordon Hayward. Sure, he misses a lot of time, and perhaps he’s overpaid, but when he’s on the court, he’s still a very good wing.

The Hornets were 4.2 points per 100 possessions better with Hayward on the floor last season. He shot 41.5% from three, recorded 4.1 assists and scored almost 20 per night.

While his mobility has been hampered slightly by all the health issues, Hayward remains a good defensive player. There was a lot of competition for the tenth spot here – Hayward’s all-round skillset gives him the nod. 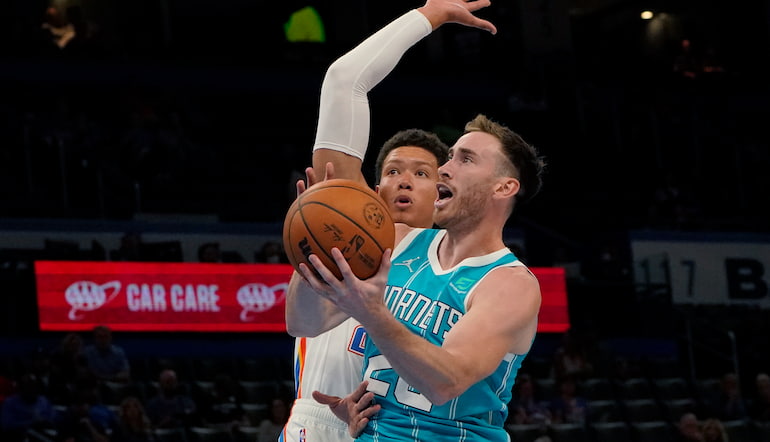 Michael Porter Jr is a very popular sports betting pick to win Most Improved. With Jamal Murray out for most of the year, Porter is the number two guy on the Nuggets alongside reigning MVP Nikola Jokic.

Porter is a knockdown shooter. A quick trigger and high release have drawn comparisons to Klay Thompson. In line for 20 or so field goal attempts per game this season, he could find himself among the league’s leading scorers in 2022.

Playmaking and defence (even with his progress late last season) are the weaknesses. Address those and he could be edging towards All-NBA calibre. 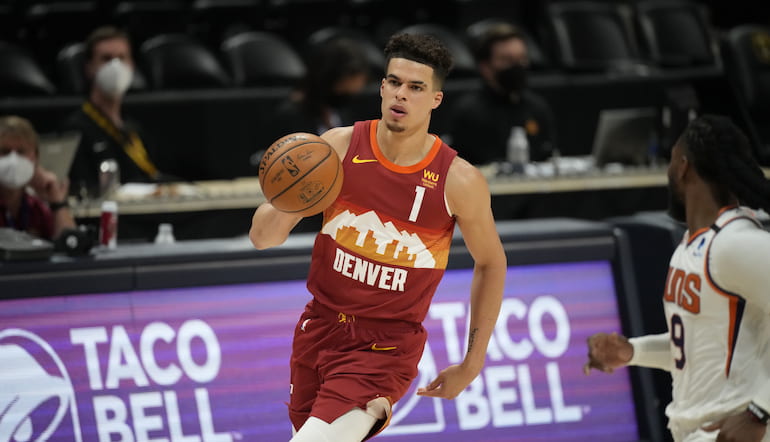 Primarily an off-guard when he was at the Raptors, DeMar DeRozan has walked the familiar path of veteran players and moved up the positions. He played a fair bit of the four in San Antonio last season, a role he will likely fulfil again as a Bull.

Chicago will probably start DeRozan as a small forward for most of the season. He’s a different type of player to Porter and several others featured here, though.

DeRozan doesn’t shoot threes. He’s a subpar defender. His game is about creating his own shots and making plays for others.

Often criticised (sometimes fairly), DeRozan is a divisive player in the 2020s, and while he’s limited, he’s absolutely deserving of a top 10 berth. 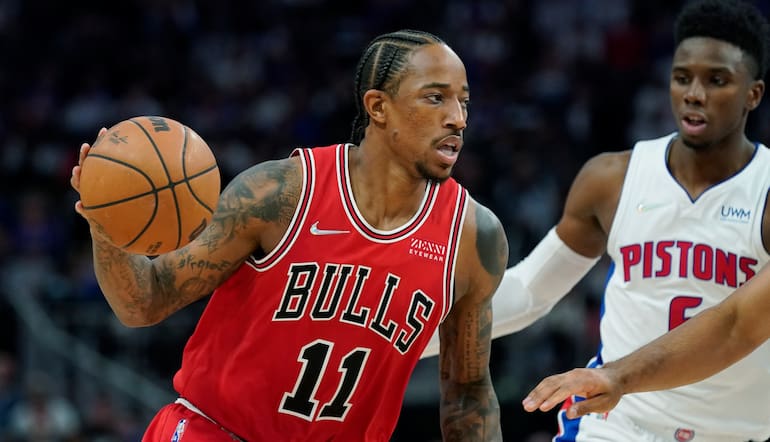 Brandon Ingram flourished when he left LeBron James – one of the greatest NBA players – and the Lakers for New Orleans. The Pelicans have been on the cusp of turmoil for the best part of two seasons, however.

Ingram has been durable, playing 123 games across his two campaigns in The Big Easy. He’s evolved as a creator, averaging five dimes per game as a Pelican, and has become one of the league’s better scorers.

Defence is currently holding him back. Return to his early-career form on the defensive end and Ingram can bridge the gap to the best small forwards in the league. Earning his first All-Star selection amid a strong breakout year, Jaylen Brown’s performances in 2020-21 were perhaps overlooked because of the Celtics’ struggles. His late-season injury didn’t help either.

Brown has come a long way from defence-first rookie. He’s a legitimate threat to score and shoot off-the-bounce and retains supreme athleticism along with defensive nous to guard one through three. 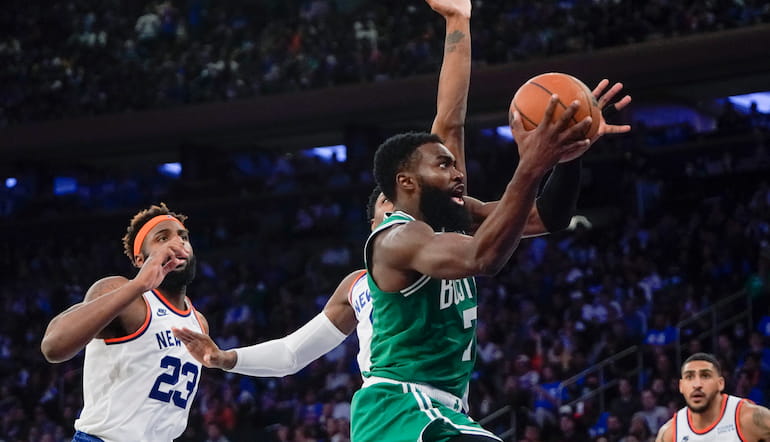 Can Khris Middleton be the second guy on a title team? Does Giannis need a better co-star in the playoffs?

Middleton answered those questions. He’s not just an All-Star, he’s an NBA champion, and author of some spectacular playoff performances, including a 40-point night in the NBA Finals.

His defence can be overshadowed by his All-World teammates. Don’t be mistaken, though. Middleton is well above-average on the defensive end, and he’s become a decent playmaker in the pick-and-roll. 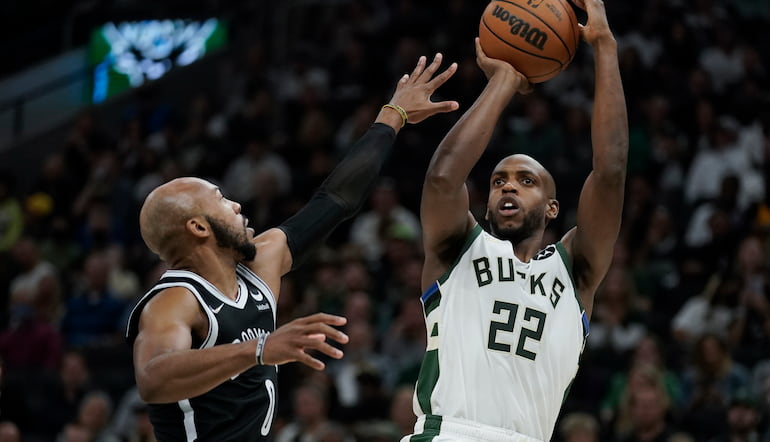 Last season was a disappointment for the Heat after their run to the Finals. Jimmy Butler, though, was exceptional once he was healthy.

The best small forwards have to be impactful at both ends. Butler does that. He’s not a knockdown shooter, but he can navigate his way to his spots.

Any doubts about Butler as a leader and a number one option were crushed in the bubble. Whether you have him as top 15 or top 25, he was an easy choice for number four on this list. The 2021-22 season should be a big one for Paul George. The Clippers are depending on a near-MVP campaign from the former Pacer.

While George has often slotted in at the two in the Clippers’ wing-heavy lineups recently, he’ll likely be at the three for most of this season.

George stood up in the playoffs after Kawhi Leonard’s injury. He reminded everyone what an elite two-way force he is, and we can expect more of the same this season.

While the Clippers have so far failed in their ambition to build one of the top NBA dynasties, landing two stars gives them a buffer when one suffers an injury. They will hope to enjoy that benefit in 2021-22. 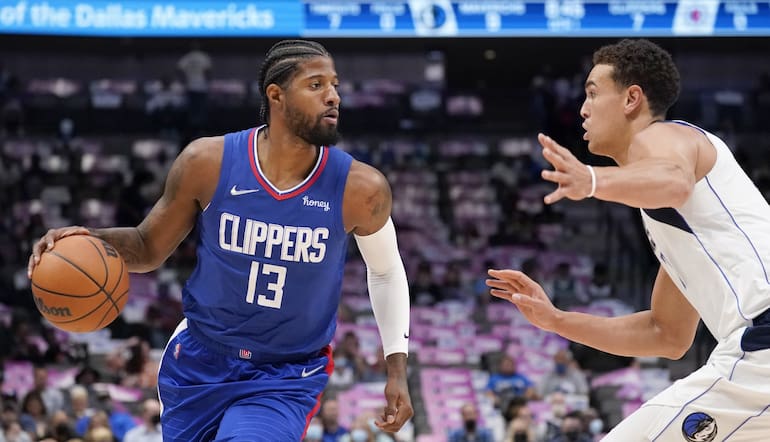 Playing the three in San Antonio and Toronto, Kawhi Leonard has moved up to the four at times for the Clippers. Having Leonard and George on this list is a bit of a contradiction, but both are primarily thought of as small forwards.

It’s unclear if Kawhi will play at all in 2021-22. Reports have claimed he’s looking good in rehab from his ACL injury, but he’s notoriously cautious with his body, and the condensed schedule doesn’t give him much margin for error.

Still, once he’s included in this list, there’s nowhere else to put him. He’s a different level from the players behind him. 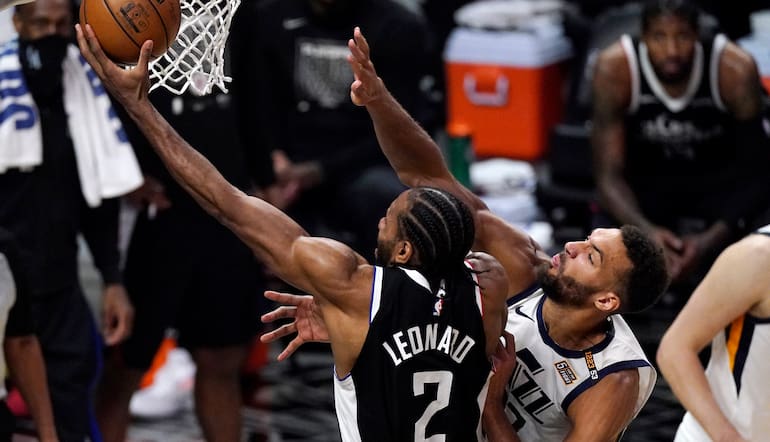 Like so many players, LeBron James doesn’t slot into a position cleanly. He could be classified as a point guard or power forward, but with Dwight Howard and DeAndre Jordan on the Lakers roster, LeBron is going to spend a lot of time at the three.

There’s debate over where James ranks among the league’s best players. With Kevin Durant and Giannis Antetokounmpo as power forwards, though, there was no doubt he’s the number one small forward right now.

James prefers the three to the four, and it’s this position his career will be remembered for. 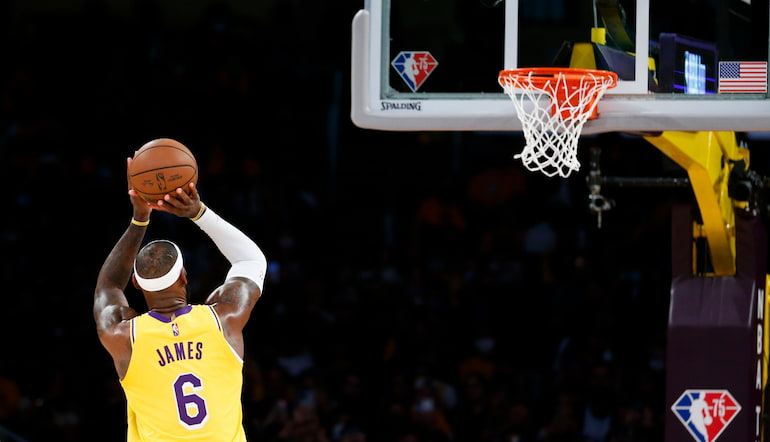