Who will lift the European Cup in Paris? Here is our Champions League final preview ahead of Real Madrid vs Liverpool 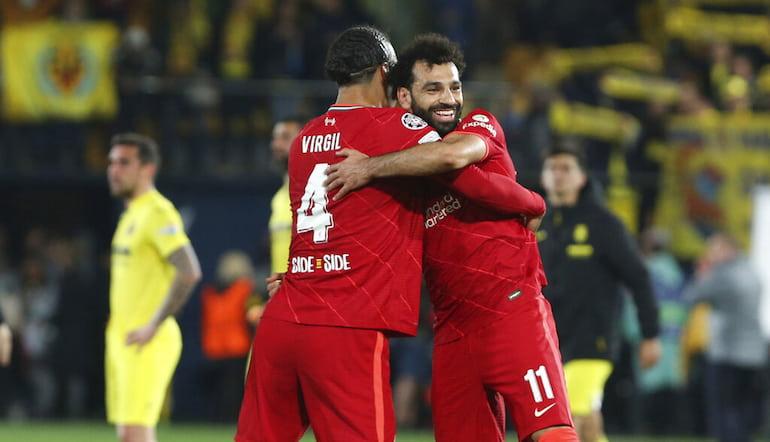 Join football expert Ste Tudor (@SteTudor123) as he discusses Liverpool's chances of glory in our Champions League final preview ahead of Saturday's contest in Paris.

Regardless of whether it’s a remarkable treble or an unprecedented quadruple that is up for grabs in Paris on May 28th, this has unquestionably been a vintage season for Jurgen Klopp’s Liverpool.

With just two games remaining of a long and prosperous campaign, the Reds have scored 144 goals across all competitions, averaging 2.3 per match.

They have kept clean sheets in 52% of their fixtures and lost only once and failed to convert only once in the Premier League. They have broken numerous records, some of which they themselves set in very recent years.

In their already crammed trophy cabinet, glinting and newly claimed is the Carabao Cup and FA Cup just waiting to be paraded around the city.

Looking at the larger picture, it was widely believed on seeing Klopp’s creation win the Champions League in 2019, then the league twelve months later, that the well would eventually run dry.

So ferocious was their high-press, so ravenous was their intensity, and so reliant were they on a trio of ruthless forwards, that some form of burn-out seemed inevitable. Only where are these doubters now?

Aware of the dangers of this occurring, Klopp has tweaked his masterpiece, making them much less one-dimensional and significantly more whole.

Up front, he has shrewdly added to his roster, bringing in Diogo Jota and Luis Diaz and it’s notable that last term, only three players reached double figures for goals, the obvious ones; the ones we are all so familiar with.

This time out, five attackers have hit ten or more – or in Mo Salah’s case, an astonishing 30 – with midfielders chipping in regularly too.

In stratagem there has also been a shift because should Liverpool’s famed and feared early bombast fail to reap a reward there is now a patience in place that sees opponents gradually dismantled.

It’s meant that a side inherently known for blowing sides away have converted 37 times beyond the 75th minute in 2021/22.

Lastly, there is finally a Plan B to utilise, though in all honestly this is a mainly redundant addition when Plan A tends to work on a weekly basis and spectacularly well.

All of which leads us to a quite staggering conclusion. That this generational team, that has pulverised all-comers into submission in recent years and astounded one and all, may only now be approaching its peak.

Only here comes the big one, the ninety minutes and possibly more that will forever determine whether the Liverpool vintage of 2022 remains great only in our memories or enshrined as such in the history books and if that metric seems unfair, these are the rules, the fine margins legendary sides always live or die by.

At stake then, when Liverpool face up to Real Madrid at the Stade de France on Sunday evening is far more than the lifting a large-eared trophy. It’s a legacy.

In Liverpool’s favour is the betting odds that rightly highlight their probability of success, but before we detail exactly why they are priced at nigh-on evens it’s only correct to look at their opponents, to a Spanish behemoth that is expected to give Klopp’s men all manner of problems along the way.

With Barcelona and Atletico Madrid both enduring lean years, Los Blancos had La Liga all sewn up in fairly comfortable fashion this season, bar a sustained over-achievement by Sevilla that had to be dealt with.

By the end of April, Carlo Ancelotti’s side had secured their 35th league title, going on to extend their lead since. Real Madrid were a popular pick in La Liga predictions throughout the 2021/22 season...

It was in the Champions League however, where we saw their character, the substance that lies beneath their flat-track bullying of inferior fare.

Now it could be said that such recoveries reflect well on a team, revealing in this instance that a side made up of superstars have embedded within it plenty of fight and belief. There is undoubtedly some logic to this thinking.

Yet it could also be perceived another way. That elite outfits don’t consistently put themselves in a position where they need to come back from the dead and furthermore, should one of the narratives surrounding this clash be the celebration of Real Madrid as Europe’s ‘comeback kings’ then Liverpool’s relentless refusal to yield an advantage becomes a key factor.

In the Premier League this season, the Reds have taken the lead on 32 occasions. They went on to lose precisely none.

Still, if Real’s admirable mentality must cede to the Mentality Monsters in this regard, there remains the small matter of Karim Benzema and Vinicius Jr to contend with, the continent’s deadliest duo. 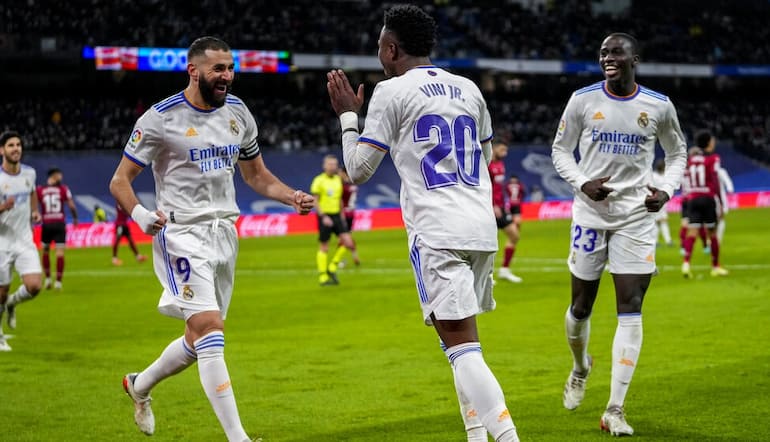 Having struck up a formidable understanding of the other’s play and individually hitting rarefied heights, Real’s attacking pair have posted numbers this term that genuinely confound; that legitimately demand a double take.

Naturally, such figures cannot, and should not, be downplayed, even if Virgil Van Dijk – arguably the world’s most accomplished centre-half – will be tasked with shacking Benzema, while Trent Alexander-Arnold’s energetic foraging down the right will have the Brazilian winger questioning whether to go or stay.

How Can Liverpool Exploit Real?

What really offers up encouragement for the Merseysiders however, is what they can threaten themselves on an attacking basis.

Mo Salah has scored a goal every 129 minutes this term, an outstanding return in a team that has now learned how to share around the glory.

The Egyptian hit-man will be dead-set on revenge after being fouled out of 2018’s final featuring these same teams.

Trent Alexander-Arnold meanwhile needs one more assist to reach 20 for the campaign, a stunning level of productivity from a full-back while in midfield, Thiago is enjoying a career zenith, a schemer capable of unlocking any defence and what a gift that is in a major final.

It is worth acknowledging too the danger Liverpool pose at set-pieces.

No other team in the English top-flight have scored more headers this season, as illustrated in the last week or two by Joel Matip bagging twice. Again, this is a priceless commodity in a tight and nervy final.

As demonstrated time and again, Liverpool have the tools to dismantle their esteemed opponents in France. It may come via an early blitzkrieg, or more likely – given Real’s supreme quality and experience - a gradual wearing down.

It may derive from an individual moment of magic from Salah or a well-whipped corner finding the head of a tall centre-back. Only time will tell on these.

But what we do know right now, before a ball has been kicked in anger, is that the Reds’ legacy appears to be in safe hands.

Learn more about how to place a bet builder with 888sport here!