10 Dates For The Diary After The Championship Fixtures Release

The Championship fixtures for 2022/23 are out! Join us as we pick out 10 dates to save ahead of what should be another sensational season in England's second tier 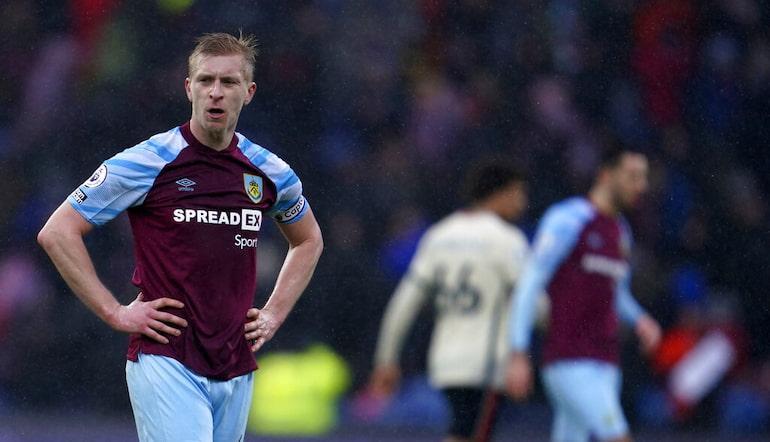 The announcement of the 2022-23 Championship schedule was a big day for fans around the country.

It’s a chance to start planning trips, to speculate over the pattern of the campaign with tougher runs of fixtures and potential winning streaks.

This is a disrupted season with a winter World Cup too – how will that impact Championship betting? We have picked out 10 key dates from the 2022-23 Championship schedule.

Huddersfield host Burnley for the opening match of the season on Friday July 29th. Televised on Sky Sports, this fixture sees Vincent Kompany take charge of a match in English football for the first time after his surprise hire at Burnley.

Other standout fixtures from the first weekend include Cardiff hosting Norwich, Preston on the road against Wigan and Sunderland matching up with Coventry on Sunday.

Most sports betting sites have Middlesbrough, Watford, Sheffield United and Burnley as four of the favourites for promotion. All four sides are facing each other in the third gameweek of the season.

Sheffield United are on Teesside to face Middlesbrough after the two sides finished just five points apart in 2021-22. The relegated pair of Watford and Burnley face-off at Vicarage Road.

Elsewhere, there’s intrigue in the shape of Blackburn versus West Brom and Stoke visiting Huddersfield.

Championship clubs will see the summer transfer window shut at 11pm on September 1st 2022. Some deals can be completed slightly after the deadline if a deal sheet is handed in before 11pm.

Loan moves can be agreed for several weeks after the summer transfer window shuts.

There is also a system for emergency loans which will sometimes allow clubs to add new players even after the loan window closes, but this is obviously restricted to special circumstances like a severe goalkeeping injury crisis.

There will be the usual hype around the end of the transfer window, but most Championship clubs will hope to have their business completed long before September 1st.

The 2022 World Cup kicks off in Qatar on November 21st. Naturally, Championship squads will not be as impacted as their Premier League peers, but the league is still being halted for a period to keep things relatively fair.

My dark horses for promotion in the Championship this season are QPR - please read my preview!https://t.co/vbMrs32UTz@QPR @Amit_Bhatia99 @MichaelBeale

Some sides will lose key players for the tournament. The extra miles on the legs could prove a factor in the second half of the season, and this break might be an opportunity for some teams to regroup.

A few clubs are bound to view it as an opportune time to make a managerial change.

League One and League Two continue through the World Cup, while the Premier League is suspended until the end of the tournament.

The Championship sits in the middle ground with the league resuming after the first round of knockout matches.

Clubs with players on World Cup duty will be hoping they return fully fit. Those that have been in action in Qatar might sit this gameweek out to give an extended period of rest.

Just the third round of fixtures after the break, Boxing Day is always a highlight on the Championship calendar.

Sizeable Championship salaries help make up for having to work during the festive period, and missing out on Boxing Day celebrations will be especially worth it for those teams that come away with a victory.

Millwall on the road against Watford and Luton hosting Norwich are the pick of the matches.

It is the final day for teams to hone their squads as they prepare for the final months of the season, whether trying to dodge relegation or pursue promotion.

Cardiff vs Swansea. Luton vs Watford. Preston vs Blackpool. Sometimes the schedule provides us with a day or two loaded with derbies.

This also comes at the time in the season where there could be a lot on the line. Luton are coming off a playoff appearance, and many Championship predictions will fancy Watford to go straight back up.

This is a must-watch weekend of Championship action.

May 6th marks the final day of the 2022-23 Championship regular season. All 24 teams will be playing their 46th matches of the campaign at the same time.

It’s obviously hard to know which fixtures will be relevant come May, but Millwall against Blackburn and Rotherham away to Wigan could have an impact on the top six positioning and relegation battle respectively.

Promotion favourites Norwich are at home to Blackpool, while Watford welcome Stoke.

This will be the 49th Championship fixture of the season for the sides that make it through the two-legged playoff semi-finals.

It’s the most lucrative fixture in football, and a chance for players to become club legends.