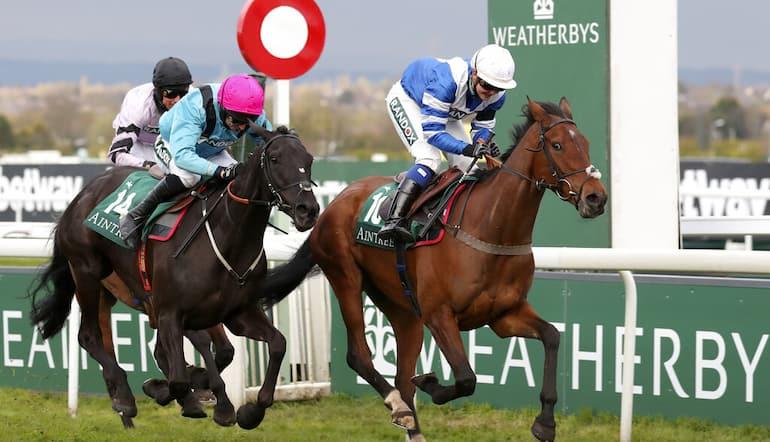 The Christmas Hurdle is a Grade One race run over two miles at Kempton Park on Boxing Day.

There are eight hurdles to be jumped in all in the race which forms leg two of the "Triple Crown of Hurdling" alongside the Fighting Fifth and the Champion Hurdle itself at the Cheltenham Festival.

Epatante was the fifth winner of this race to then go on to win the Champion Hurdle at Cheltenham, following in the hoof prints of Lanzarote, Dawn Run, Kribensis and Faugheen.

Currently there are seven horses that have won the Christmas Hurdle multiple times since its inaugural running.

Jonjo O'Neill's great mare, Dawn Run won the Christmas Hurdle in 1983. Dawn Run went on to win the Champion Hurdle that same season, before her sensational victory in the Cheltenham Gold Cup in 1986.

This race evolved from a handicap race held at Kempton Park on Boxing Day during the 1960’s known as the Kempton Park Handicap Hurdle, to be changed in 1969 to the more aptly named Christmas Hurdle.

Who will represent the yard in this year's renewal? Our 888Sport Nicky Henderson stable tour can be found here.

Other trainers who have registered multiple wins in the Christmas Hurdle are Noel Meade (4 wins), Jonjo O'Neill (2 wins) and Willie Mullins (2 wins).

Unbelievably 12-times champion trainer Paul Nicholls has sent a total of 18 runners to the race without recording any wins.

Adam Wedge and Nico de Boinville have fared well in this contest in recent years.

The usual pre-trial for the Christmas Hurdle is the Fighting Fifth at Newcastle with the best of that bunch making their way over to Kempton at Christmas.

Punters should keep a watchful eye on last season's Champion Hurdle as the division often contains the same horses each campaign.

The ante-post betting for the race will also be available for a few weeks leading up to Boxing Day which gives punters plenty of opportunities to make their positions.

Remember to return to this blog nearer the time to check out our horse racing tips for the Christmas Hurdle.

Looking back at the SP’s over the last 20 renewals, the biggest priced winner was Jazz Messenger in 2006 at odds of 10/1.

Horses at the head of the market over the last 20 renewals have produced 11 winning favourites in that time.