Coldest NFL Games - What Are The Coldest Games In NFL History?

What is the coldest game in NFL history? From The Ice Bowl to other freezing football matches, we look at the coldest NFL games... 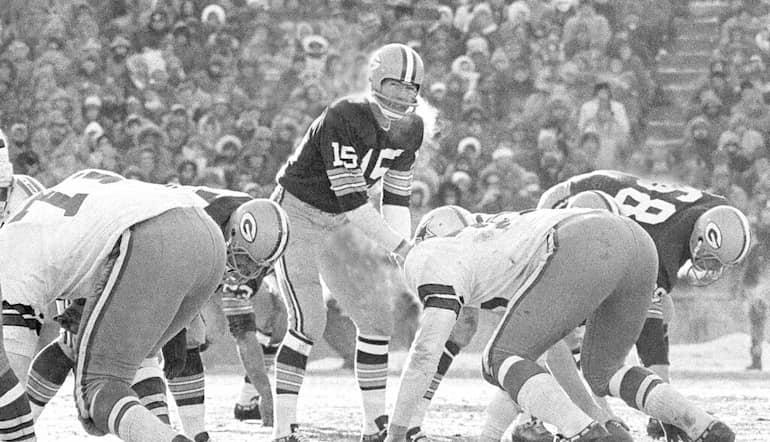 The National Football League is one of the most competitive leagues in sport, with players putting their bodies on the line week in, week out.

With the American football betting season starting in September and culminating in the Super Bowl in February, conditions can range from tenacious wind to icy rain.

Snow games are becoming more of a rarity in the modern era but we’ve had a few freezing contests in Buffalo and Green Bay.

Players and supporters braving wintery conditions deserve plenty of credit, with sub-zero temperatures enough to tempt any fan to watch from the comfort of their own home.

Here, we look at the coldest games in NFL history. Even just reading these low temperatures is enough to give you the shivers!

Remember to check weather forecasts before making any NFL picks straight up as match conditions can have a huge impact on the outcome of a game.

This isn’t the first time you’ll see Lambeau Field feature on this list.

It’s fair to suggest that the Los Angeles Raiders were unprepared for the ‘Frozen Tundra’ when they visited in Week 17 of the 1993 season.

The visitors were up against it from the start, falling to a 8-0 defeat. It was a bad day for the Raiders offence, with eight sacks allowed and four turnovers.

Three weeks later, the Raiders travelled east again for another sub-zero contest – this time against the Buffalo Bills.

While the Raiders made more of a game of it, they still lost 29-23 to a strong Buffalo outfit.

The Bills were crowned AFC Championship winners a week later but fell short against the Dallas Cowboys at Super Bowl XXVIII. 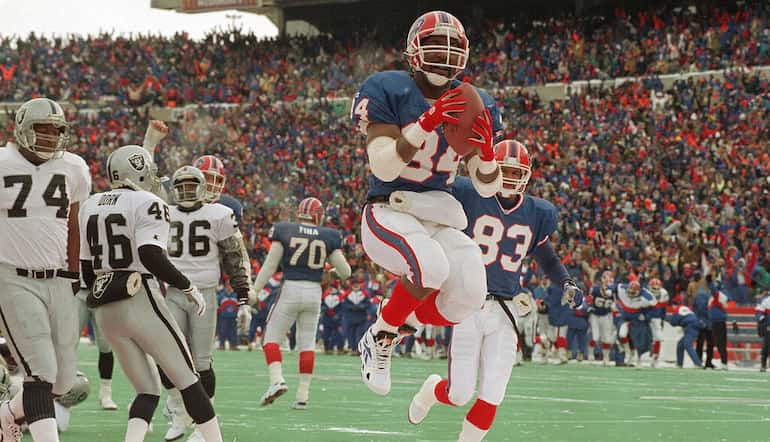 Chicago and Minnesota are both used to cold temperatures but nothing can prepare you for -15 wind chill conditions.

Home advantage helped the Vikings prevail here, with Minnesota running out 23-10 winners over their divisional rivals.

Future NFL Hall of Famer Fran Tarkenton finished the game with 261 passing yards and a touchdown for the Vikings – an impressive stat line given the freezing temperatures.

Both popular in NFL tips today, the Packers came out on top 23-7 at Metropolitan Stadium after adopting a run-heavy approach.

In fact, Green Bay attempted just 14 passes while rushing the ball an incredible 45 times to keep the Vikings defence on the field.

Yes, you’re reading that correctly – the Raiders feature in yet another cold NFL game; this time in a road playoff game in Cleveland.

Here, the Raiders actually left Ohio with an impressive road win, playing the icy conditions perfectly to clinch a 14-12 success.

The Raiders kept their cool in the wintery conditions to secure a victory that would act as the catalyst for their run to Super Bowl XV glory over the Philadelphia Eagles.

The Giants headed to Lambeau Field for their third straight road playoff game but this was much tougher than the previous two based on conditions alone.

Going up against Brett Favre at The Frozen Tundra is a tough ask at the best of times but the Giants were up against it from start to finish.

However, New York forced overtime and snatched victory after a 47-yard field goal after a Favre interception. The memory of Tom Coughlin’s frozen face will live long in the memory…

Another game in Minnesota. The coldest NFL game of the 21st century, the Vikings were playing at TCF Bank Stadium while U.S. Bank Stadium was being built.

Vikings kicker Blair Walsh notched three field goals to put the Vikings in front before the Seahawks kicked into gear late in the fourth quarter.

Walsh missed a game-winning 26-yard attempt with 20 seconds remaining to hand Seattle a road win. This would be the final outdoor NFL game ever played in Minnesota. 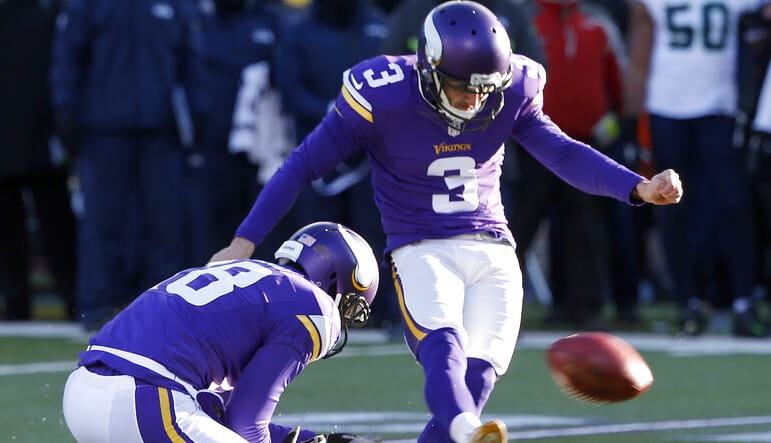 If you’re basing this list on wind chill, Chargers at Bengals is the coldest game in NFL history – with the actual temperature recorded at 50 degrees warmer than the wind chill.

Known as the ‘Freezer Bowl’, this AFC Championship game was dominated by the Bengals as Cincinnati ran out 27-7 winners.

The Chargers feature on the highest scoring Super Bowl list but it was the Bengals who marched on to Super Bowl XVI but fell short against the San Francisco 49ers.

Possibly the most famous American football contest on this list, ‘The Ice Bowl’ is officially the coldest game in NFL history.

The 1967 NFC Championship game was played in baltic conditions, with the temperature recorded at -13 degrees Fahrenheit.

By the end of the game, that temperature had dropped to -18 though that didn’t stop the Packers fans erupting as Bart Starr scored the game-winning touchdown.

NFL Betting Tips
About the Author
By
Alex McMahon