Want to read up on the top cricket fielding positions? Find out which players are the best in each cricket field position with our latest cricket guide 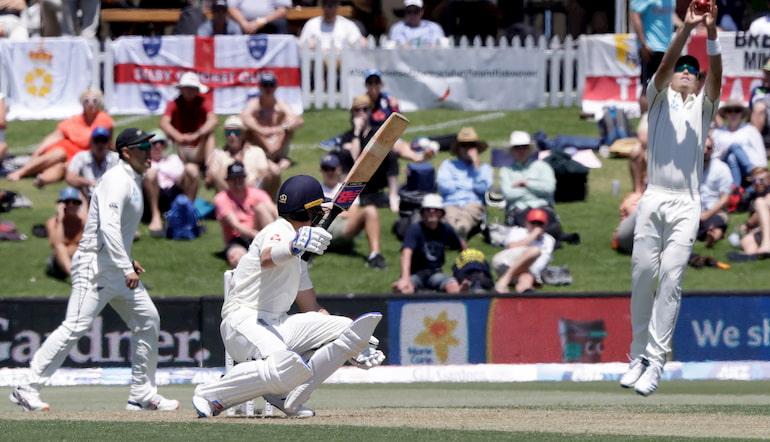 Cricket isn’t the easiest sport to get to grips with. It becomes particularly bemusing when jargon starts flying around about cricket fielding positions.

While it might not be a staple of cricket betting, the placement of fielders is a fundamental, and pivotal, part of the game.

Knowing the names of the cricket fielding positions is useful to understand commentary – commentators will throw out the oddest names and phrases on the assumption everyone knows what they are talking about.

Here is our educational guide to cricket fielding positions…

The wicketkeeper is the only player on the fielding team allowed to wear gloves and external leg protection. It is commonplace for keepers to wear helmets in the modern game, too.

At the professional level, wicketkeepers will spend much of their time stood a long way back from the stumps, taking the ball high on their body from quick bowlers.

An important part of the skill, though, is to be able to come up to the stumps to spinners and deal with varying pace and bounce.

Wicketkeepers are the most visible fielder when watching cricket on television. They are in place to take catches off fine edges and catch the ball when the batsman does not play a shot or plays and misses.

Standing next to the wicketkeeper on the offside, the first slip is positioned next to the keeper in a catching position. Slips are still as the bowler runs in, with their knees bent ready to take a reaction catch.

They are numbered outwards from the wicketkeeper, and teams will often have multiple slips in place in Test cricket – this is referred to as the ‘slip cordon’.

Variants on the position include a fly slip (positioned closer to the boundary) and a leg slip (alongside the wicketkeeper on the leg side).

Rahul Dravid and Mark Waugh are widely considered to be the best slip fielders of all-time, excelling to both seamers and spinners.

Moving around towards square, you find the gully fielders. These are also in a catching position, but they are in position for a thicker edge off the bat or for a ball which pops high into the air.

Invented in the 1880s, gully has gone in and out of fashion. It’s a place for fielders with great hand-eye coordination, as they will often be required to make reflex run-saving dives as well as taking highlight-reel catches.

Judging how deep to stand at gully is part of the skill – Richie Benaud, one of the best fielders at the position, always stood incredibly close to avoid catches dropping short.

Further square, we find point. The standard point is a fielder on the ring looking to stop the run. Point is deeper than gully and directly square of the wicket on the offside.

There are variants of point fielders – primarily backward, silly and deep. Backward point is shaded behind square towards gully, while deep point is out on the boundary stopping fours and sixes.

Silly point (amusingly named) is tight in to the wicket, often standing right by the cut strip. This position is most common to spinners – it’s an attacking fielding position, looking for catches off the bat or gloves.

Short cover or short extra cover can be used as a catching position by captains looking to force batsmen into an airy drive.

In one-day cricket, captains will often deploy a deep fielder on the boundary in the covers – this is often referred to as an offside sweeper.

Athletic fielders, who aren’t great catchers, tend to be put in the covers. It’s a position for reactions more than safe hands.

Mid-off is stationed down the ground on the offside. The position can vary from tight to the bowler out towards the covers – this will sometimes be called wide-mid-off.

Like other positions, there are several variations for mid-off. Silly mid-off is when the fielder is up, close to the stumps, in a catching position. They will often be standing right alongside the pitch.

A deeper mid-off can be hanging towards the circle, and in one-day cricket it is common to see a long-off, which is effectively a mid-off on the boundary.

Bowlers will regularly field at mid-off to communicate with other bowlers and captains will sometimes field there for the same reason.

Mid-on is the same as mid-off on the leg-side. Some cricket fans will interchange the use of ‘short’ and ‘silly’ for the catching positions of mid-on and mid-off, others would claim they are slightly different areas of the field.

Just as there’s long-off and mid-off, there’s long-on on the legside boundary down the ground. This position will move anywhere from almost straight behind the bowler round towards deep midwicket (or cow corner).

Just as cover splits point and mid-off, midwicket is the same area on the legside. This isn’t a popular position for fast bowlers, though it can be used when bringing the ball in to the batsman.

Short midwicket is used as a catching position for batsmen with a tendency to clip the ball off their pads in the air.

Deep midwicket is sometimes referred to as ‘cow corner’. Some cricket fans would claim cow corner is a slightly different area, straighter down the ground.

Ben Stokes, arguably the best cricketer in the world, was fielding out at deep midwicket when he took one of the greatest catches in World Cup history.

Square leg is the legside equivalent of point. Short leg is the close-in catching variety of the position, which is sometimes called ‘bat pad’.

This is primarily used by fast bowlers and spinners – quick bowlers will be looking for a glove to pop to short leg, while spinners will be hoping variation in spin or bounce will create an opportunity.

The standard square leg position is alongside the umpire. This is a run-saving spot for shots off the pads or mishits to the legside.

On the boundary, there’s deep square, forward and backward. Forward is in front of square, closer to midwicket, and backward square is behind square.

Forward square will sometimes be used when there is already two fielders behind square on the legside.

Not the first position you think of when constructing your field on cricket video games, third man is a point of contention among cricket commentators. The absence of a fielder on the boundary behind square on the offside can be frustrating for bowlers.

Third man is behind the slip cordon, protecting the boundary. It can occasionally become an attacking position if batsmen are playing upper cuts or risk top edging a hook shot. Primarily, it is to stop the ball running for four from late cuts or edges.

Captains can tweak from square or finer with third man – it’s an impossible task, which can often result in the captain chasing the ball with his field placings.

Third man is often taken on by a bowler during a spell.

Fine leg is behind square on the legside. It is usually thought of as a boundary position, though short fine leg can be used as an attacking position for spin bowlers.

Having a fine leg on the boundary is protection against balls bowled down the leg side and can be an important position when fast bowlers are peppering batsmen with bouncers.

Generally, fine leg is where captains will hide their weakest fielder. The fine leg to fine leg slog is the nightmare for any cricketer.