David Haye Net Worth - How Much Is The Hayemaker Worth?

How much is David Haye worth? From his boxing career earnings to Haye promoter salary figures, we look at the British fighter's estimated wealth... 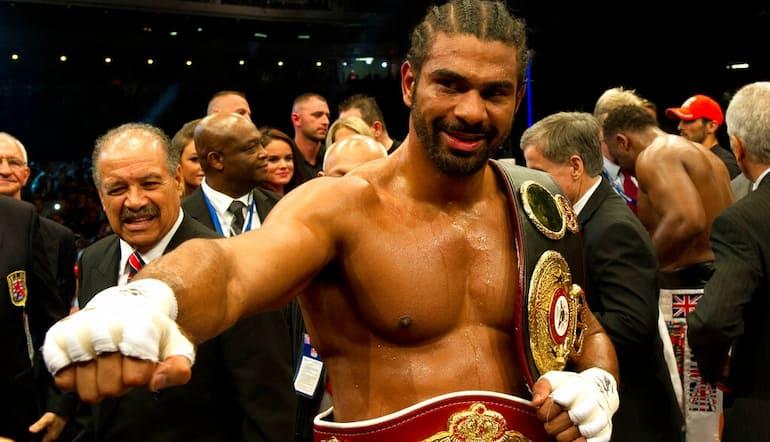 David Haye was a force to be reckoned with during the peak of his career, beating some of the greatest fighters in boxing to cement his status as a British boxing star.

To say he underachieved would be harsh given his success in two different boxing weight classes but Haye certainly won’t be remembered as fondly as other success stories.

The Hayemaker wasn’t afraid to speak his mind, often attempting to wind opponents up in the build-up to major bouts.

He had the swagger to match his fighting ability and Haye climbed his way to the top of the boxing world, earning a shot at the IBO cruiserweight title in just his 10th professional fight.

While he fell short on that occasion, boxing tips followers would take note of Haye’s rise to prominence and he would soon be back to fight on the biggest stage of all.

Here, we look at David Haye wealth estimates – with the vast majority of his net worth coming as a direct result of his professional boxing career.

From his professional boxing record to David Haye’s new role as a promoter, here is our everything you need to know guide about The Hayemaker.

According to the trusty Celebrity Net Worth platform, David Haye wealth is estimated to be £14.5 million.

Given the huge sums of money involved in the sport, this isn’t a massive surprise but Haye’s wealth is measly compared to Tyson Fury net worth estimates.

While his boxing record isn’t quite as prolific as the likes of Fury, Haye proved himself on the big stage enough times to enjoy a lucrative career from boxing.

Now, he continues to reap financial rewards from the sport in his promoting role while also conducting interviews on upcoming boxing events.

Haye came out of retirement in September 2021 to fight Joe Fournier, with the British boxer claiming that his comeback bout paid more than both Tony Bellew clashes.

Speaking about the eight round bout, Haye revealed: “It’s crazy, it’s more than I got for the Bellew one. It’s crazy dough.

“I’d only do that for PPV money, good PPV money, and that’s what he brought to the table.” 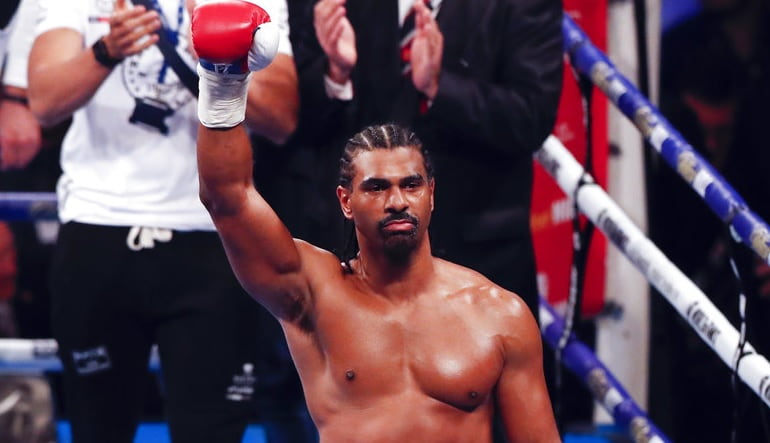 Fournier confirmed that the bout was likely to be lucrative in his pre-fight press conference, stating: “It’s a huge package financially and one we couldn’t turn down.

A late ruling by the California State Athletic Commission meant that the fight was recognised as an exhibition bout rather than a professional clash. Despite this, punters were still able to place boxing bets on the fight.

However, Haye didn’t hold back and dominated the bout, putting Fournier on the canvas en route to claiming a unanimous decision victory.

Haye announced the formation of Hayemaker Promotions in 2008, though the British fighter was focused more on his own boxing career than promoting others at that time.

However, he joined forces with Richard Schaefer’s Ringstar Sport to create Hayemaker Ringstar in January 2017, with the intention of rivalling Eddie Hearn and Frank Warren as the UK’s leading boxing promoters.

At the reveal, Haye said: “I’m giving these guys the opportunities I’ve been fortunate to have.

“I’ve done it all in boxing and I believe I have a wealth of knowledge that can guide this young talent to the top.”

But perhaps the biggest promoting role of Haye’s career was with former boxing rival Dereck Chisora.

In an astonishing turn of events, Haye and Chisora signed a deal to work together in 2018 and ‘Del Boy’ won three of his six bouts under his new manager.

It was a move that sent shockwaves across the world of online betting given their history but Haye and Chisora managed to put their differences aside for the sake of business.

Sadly, they went their separate ways in the summer of 2021 but it seems that both fighters have a new-found respect for one another and that is refreshing to see.

David and Natasha tied the knot in 2008 but the couple separated and filed for divorce eight years later after a turbulent marriage.

Throughout the relationship, there were several reports of extra-marital affairs – with Haye pictured at a London hotel with a mystery blonde.

In addition, there were accusations in the media that Haye had cheated on his wife with former X Factor contestant Amie Buck.

While these allegations were denied, David and Natasha decided to split and they put the £2 million family home on the market in December 2015. 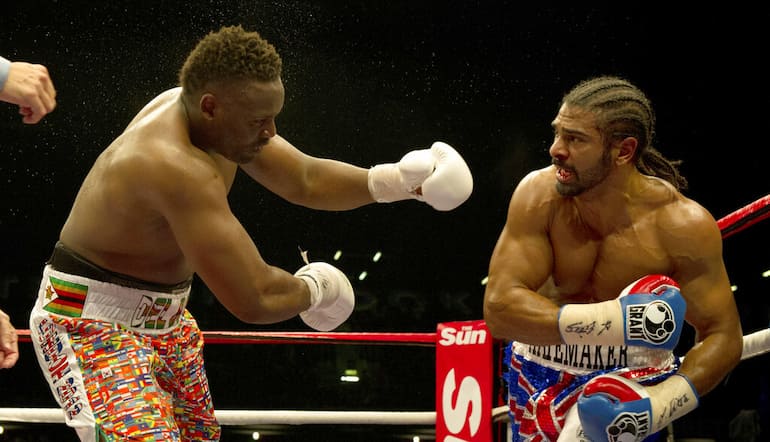 That was perhaps the biggest clue that there were troubles in the marriage and a quick divorce was granted within a year.

Reports in the Sunday Mirror claimed that David and Natasha drifted apart due to the long periods spent away from each other, as well as the media rumours.

The Sunday Mirror source revealed: “At the moment, the relationship is not looking good but both David and Natasha’s priority is the welfare of their son.

“It’s obviously been tough on both of them.”

Now a teenager, Cassius is a budding tennis player and proud father David has been pictured supporting his son at several competitions across Europe.

Cassius got into the sport at his local tennis club, developing his game tactically as he has matured physically and mentally.

Named after boxing legend Muhammad Ali, Cassius has no interest in boxing but has a clear passion and love for tennis – something that Haye has also embraced.

“Maybe in a few years, I’ll be next to Judy Murray in the players’ box at Wimbledon – you never know.

“It’s a nice sport, tennis. No punches to the head. It’s a pleasant, healthy day out. No hooligans.

“He is not interested in boxing at all, it’s tennis and football. He’s smart, I go to my son’s football matches and watch him play.

“Is he showing potential? Well, I am like every other Dad who thinks their son is great – I think he is a star player but he excels in tennis.”

In addition, David posted a series of workout videos during 2020, with Cassius flaunting his physique alongside his father on Instagram.