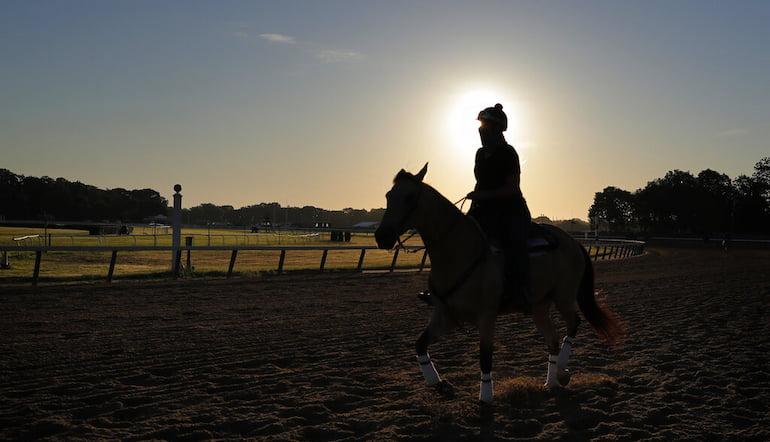 The Desert Orchid Chase is a Grade 2 National Hunt steeplechase, run at Kempton Park Racecourse on the second day of their Winter Carnival. Run over a distance of 2 miles, there are twelve fences to be negotiated in total.

The race was first run in 2006 and was named after the popular-grey Desert Orchid, who died a few weeks earlier.

Desert Orchid won Kempton's most famous contest - the King George VI Chase, four times between 1986 and 1990. His ashes were scattered at the racecourse on the day of this race's inaugural running.

This new contest replaced the Castleford Chase in the National Hunt calendar as a Grade 2 chase over 2 miles, and is a key pointer to which horses will contest the Champion Chase at Cheltenham in March.

This Grade Two affair has attracted some top class winners in recent years including Voy Por Ustedes, Finian's Rainbow, Sire De Grugy, Sprinter Sacre, Special Tiara and Altior who all went on to take the Queen Mother Champion Chase at the Cheltenham Festival.

The now retired Barry Geraghty was victorious in this race a total of three times, all for trainer Nicky Henderson. Geraghty’s winners were: Petit Robin (2009), Finian’s Rainbow (2011) and Special Tiara (2014).

Of the current crop of jockey’s, Nico De Boinville is a two-time winner of this Christmas contest, having guided both Sprinter Sacre (2015) and Altior (2018) to victory.

Potential runners at Kempton are likely to have run in the Shloer Chase at Cheltenham or the Tingle Creek at Sandown with the cream of the crop likely to have appeared in those two contests.

The Tingle Creek would is the biggest race of the season for this division outside of the Festival so rather than being a "trial" for the Desert Orchid Chase, it is more the next stepping stone after Sandown.

This race has been a particularly kind race for favourite backers since its conception with six of them obliging in just the last ten years alone. The favourite always figures prominently in any horse racing tips for this feature race.

The winner generally comes from the first three in the betting, which is no surprise really as the field is often a small one with an average of six runners.

Nube Negra (20/1) became a rare blip in the stats/trends last season when the Dan Skelton-trained runner returned the joint-outsider of six.