Dillian Whyte Net Worth - How Much Is The Body Snatcher Worth?

How much is Dillian 'The Body Snatcher' Whyte worth? We look at net worth, career earnings and his life away from boxing...

One of the biggest names in British boxing, Dillian Whyte has enjoyed a successful career since making the step up to professional level in 2011.

Nicknamed ‘The Body Snatcher’, Whyte has been involved in some mega money fights and has worked his way into contention for a world title bout.

Whyte has been on the cusp of challenging for heavyweight glory for some time, though he has had to wait patiently behind boxing betting giants Anthony Joshua and Tyson Fury.

In fact, he suffered the first defeat of his professional career against Joshua in 2015 but many believe that Whyte would avenge that loss in a rematch.

Boxing is a lucrative industry and Whyte has some way to go to match Tyson Fury net worth figures but he can certainly boost his financial portfolio in 2022.

Without further ado, it’s time to look at Dillian Whyte’s estimated wealth and boxing career earnings. Scroll down to learn more about ‘The Body Snatcher’!

How Much Is Dillian Whyte Worth?

According to Sportekz, Dillian Whyte has an estimated net worth of £5.1 million. His journey to the top of professional boxing has been a lucrative one to say the least…

While some of the initial purse figures were in the region of £350,000, Whyte has now been involved in eight fights with a guaranteed purse of seven figures.

In fact, reports claim that Whyte earned £3.5 million from his first encounter with Alexander Povetkin – though that sum of money is merely an estimate. 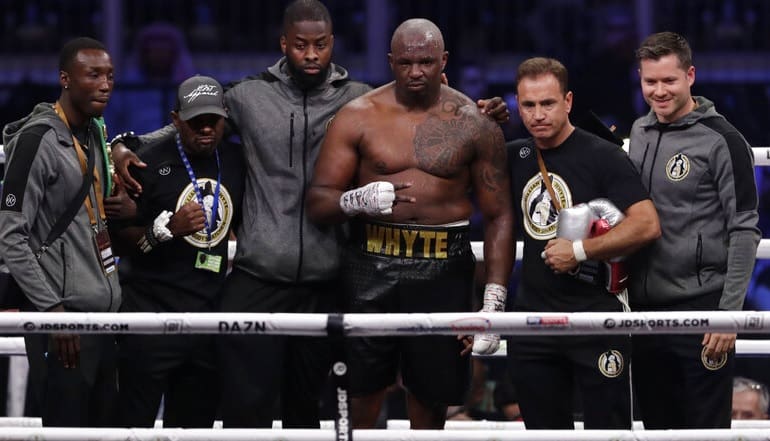 Living in the shadow of Fury and Joshua has had an impact on Whyte’s potential earnings but he has still managed to make a decent living for himself.

With wins over Dereck Chisora, Oscar Rivas, Robert Helenius and Joseph Parker, Whyte has been the headline act on several occasions, further enhancing his career earnings.

Boxing tips followers will be keen to see Whyte step into the ring with Fury next year and that will almost certainly be his biggest payday yet – no matter what the result.

As of December 2021, Dillian Whyte has a 28-2-0 professional boxing record – with just two defeats on his resumé.

After losing to Anthony Joshua in 2015, Whyte won 11 fights in a row to climb the pecking order of the heavyweight division before a shock defeat to Alexander Povetkin.

However, Whyte bounced back seven months later to regain his WBC interim heavyweight title and a world title fight with Tyson Fury beckons in 2021.

It will be fantastic for neutrals to see two of the greatest British boxers going toe-to-toe for the world heavyweight championship but can Whyte defeat the ‘Gypsy King’?

Here, you can see the comprehensive record for Dillian Whyte since turning professional. It might be ‘do or die’ time in his bid for a world heavyweight title…

What Is Dillian Whyte's Nickname?

As previously mentioned, Dillian Whyte is now famously known as ‘The Body Snatcher’ – a nickname that has stuck with him since his early days as a professional.

Speaking to BBC Sport in August 2020, Whyte revealed that his fans are responsible for the nickname and it stems from his aggressive body punching style.

“My name was different before the fans gave me the name Dillian ‘Body Snatcher’ Whyte. I like it, I see it makes sense because I am an aggressive body puncher,” said the heavyweight star.

“You know I like to finish combinations on the body. One of the few heavyweights to attack the body on a regular basis.”

At the time of writing, Whyte has won 28 of his 30 professional fights – with 19 victories by way of knockout. Expect ‘The Body Snatcher’ to add to that tally in the coming months…

Dillian Whyte has three children – two sons and a daughter. Incredibly, he became a father for the first time when he was just 13 years old.

Growing up in Jamaica, Whyte made some questionable decisions and ended up in prison but that jail time was enough to convince him to channel his energy into boxing.

Now, Whyte is man enough to concede that he made mistakes but is determined to ensure his children do not follow a similar path.

“I’ve got to make sure my children never have to do the stuff that I did growing up because I took a lot of risks and did a lot of dangerous things,” admits Whyte.

“A lot of things that you shouldn’t even do as an adult, but I had to them as a kid because I had to survive. I needed to eat.

“There have been assassination attempts on my life. People have tried to kill me. I never want my family, my brothers, sister, my kids to go through these things.”

Boxing fans will be eagerly following online betting updates ahead of Dillian Whyte’s next fight but promoter Eddie Hearn has yet to confirm his next opponent.

Reports continue to link Whyte with a huge British heavyweight bout with Tyson Fury but that is all talk for now and contract discussions have stalled. 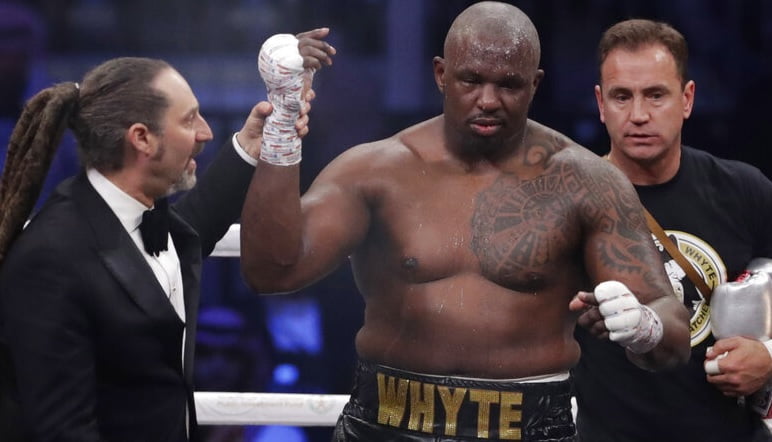 Whyte was due to fight Swedish heavyweight Otto Wallin in October 2021 but the British fighter suffered a shoulder injury and was forced to pull out of that bout.

Perhaps we could see Whyte return to the ring to challenge Wallin if the Fury fight is pushed back. Only time will tell…