Eddie Hall Net Worth - How Much Does The Former World's Strongest Man Earn?

Ahead of Eddie Hall vs Thor, we look into the former World's Strongest Man and his estimated wealth. How does he fare on a sporting rich list? 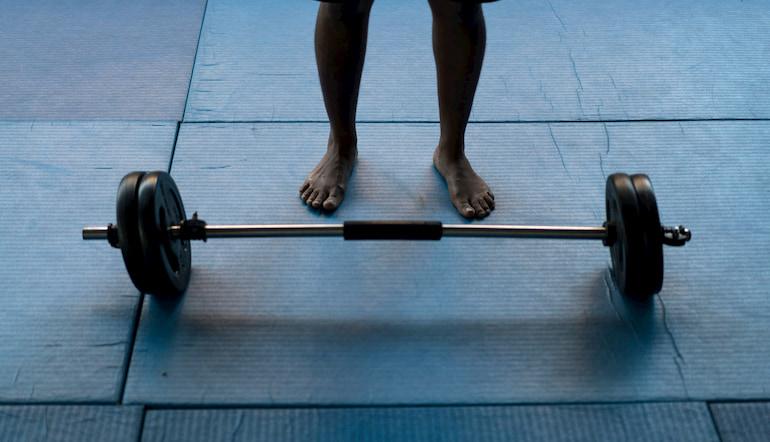 Although not a prevalent name in sports betting these days, Eddie Hall is a recognisable face in the United Kingdom.

Hall is a former World’s Strongest Man, having won the title back in 2017. He has since become a celebrity, featuring on television and various YouTube channels.

Hall’s rise through the strongman world has translated into national fame. His book, inventively called ‘Strongman’, proved popular – check out our best sports autobiographies article to see if it makes the cut.

Still in his early thirties, Hall’s career as a strongman might have come to an end, but his time in the spotlight might just be beginning. Here’s everything you need to know about the 2017 World’s Strongest Man…

How Much Is Eddie Hall Worth?

Eddie Hall’s net worth is estimated to be $5 million. Hall still resides in Newcastle-under-Lyme, which is where he was born in 1988.

The transformation from strongman to all round celebrity has seen Hall build worth well beyond what most people in the strongman world receive.

The sales of Hall’s autobiography, Strongman, will have contributed to that net worth, as well as his string of endorsements. The World’s Strongest Man prize money is believed to be around $72,000.

Eddie Hall and Hafthor Bjornsson will compete in what has been dubbed the ‘heaviest boxing match in history’ in September 2021.

Hall and Bjornsson are long-time foes, having gone head-to-head in multiple World’s Strongest Man contests. Their rivalry is leaving the world of heavy lifting and transferring to the heavyweight ring.

It’s fair to say there’s a bit of tension between the two. Bjornsson claimed that Hall cheated on his way to winning the 2017 World’s Strongest Man.

While Hall appeared to disprove those claims on his YouTube channel, the drama surrounding those comments from Bjornsson will loom large when the pair fight in Las Vegas.

This fight has been rumoured for a long time, but it was only confirmed late in 2020. Unsurprisingly, the chirping has already begun.

Hall said, “I’m training for this fight like I trained to be the strongest man in the world, no stone unturned and anyone in my way is getting milled down.

"With the experience MTK Global [the official boxing advisers to organisers Core Sports] brings to the table, this event will be even better than it was going to be.

"As for the fight itself, I have zero doubt in my mind that cry baby Thor is getting folded in half and sent packing back to Iceland.”

The average height of strongmen competitors is around 6’2, with the smallest being 5’10 and the tallest ever being just below 6’9.

According to his Wikipedia page, Eddie Hall weighs 186kg. Reports as recently as December 2020 claimed Hall was closer to 160kg, however, as he looks to shed weight ahead of his fight with Hafthor Bjornsson.

Even at his reduced weight, Hall is still over 25 stone. To give some context, the heaviest boxing champion in history weighed around 23 stone.

Despite claiming his boxing training is similar to his strongman prep, Hall’s decision to lose some mass before the fight will likely prove to be beneficial.

Eddie Hall’s competition record for a deadlift with straps and suit is 500 kilograms.

With just straps, Hall managed 463 kilograms. In March 2016, he set the world record of 465 kilograms for a deadlift, but the record only stood for a few months.

He went on to break the world record in June of the same year – first going to 465 kilograms before the famous 500-kilogram deadlift.

For many, this is when Hall became known outside the strongman community.

Eddie Hall is married to Alexandra Hall, who he lives with in Newcastle-under-Lyme. Alexandra Hall has the challenge of preparing six monster meals for her husband every day to keep up with his gargantuan appetite.

Looking after two young children, it’s a very busy household. Speaking to the Stoke Sentinel, Alexandra said, “Eddie trains seven days a week, and it’s very rare that he gets a day off to just relax and watch Netflix or something.

“For four days a week, he will do 45 minutes of cardio and three hours of weights during the day, he’ll have an afternoon nap, then dinner and then he will do his boxing training.”

Alexandra has a substantial personal Instagram following, too, and famously beat her husband in a fitness challenge during the first lockdown of 2020.

Hall attended Clayton High School but was expelled when he was 15. Home tutoring followed, and he was a mechanic in Market Drayton when he was 20.

Weightlifting became a part of his life, and by 2010 he was competing at the England Championships.

A swimmer and rugby player as a teenager, featuring in UFC odds was a long way from Hall’s mind when he was growing up, but anything is possible as he prepares for his September fight.

Eddie Hall is very active on Instagram. His handle is @eddiehallwsm and his verified account has just under two and a half million followers as of 4th January 2021.

He’s approaching 1,400 total posts on the account – how many followers will he have by September?