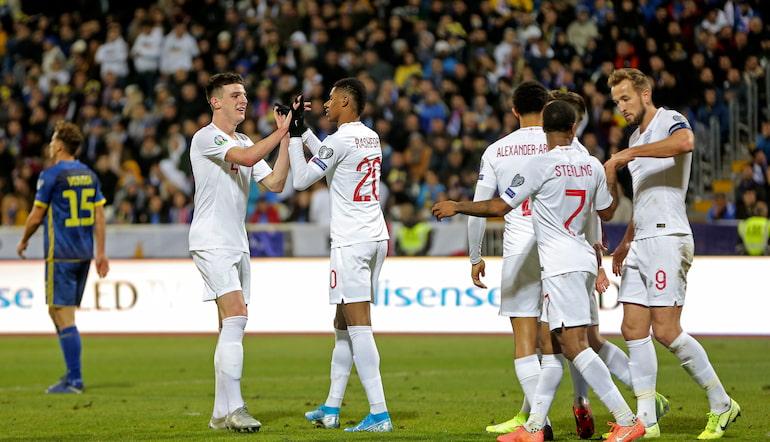 This summer is all about Euro 2020 odds. Having been delayed for an entire year, fans are desperately eager for the start of this summer’s marquee international tournament.

With multiple matches every day throughout the group stages, it is a sports betting banquet. The stakes rise later in the competition. It becomes an opportunity to make history, to be a national hero or a villain.

The Euros are home to many of the world’s best footballers, and this summer could be a defining point in the legacy of many players looking to consolidate themselves alongside the all-time greats.

The Euro 2020 calendar has experienced some changes, but it’s every bit as exciting for football fans worldwide. We’ve got a full Euro 2020 match schedule and much more below.

Euro 2020 starts on June 11th 2021. Turkey and Italy get the Euro 2020 predictions underway in Rome. This is the first European Championships to be held across multiple countries.

The ambitious endeavour will see teams play all over the continent, and this comes into full force immediately with the first full day of the tournament featuring fixtures in Baku, Copenhagen and St Petersburg.

Euro 2020 ends on Sunday July 11th at Wembley Stadium. The final will be hosted under the famous arch in London.

Both semi-finals will also be played in England’s capital, reducing travel at the back end of the tournament.

Where Will Euro 2020 Matches Take Place?

Euro 2020 matches are set to be played all over Europe. Even with challenging circumstances, UEFA have persisted with the tournament being played across the continent.

It’s unclear how the travel will impact football prediction decisions once the tournament starts. Of course, it could prove to be a benefit to the nations getting to play in their home country.

Wembley is the most important venue in the tournament, as it hosts the final, both semi finals, two last 16 matches and three group matches.

The following cities and stadia make up the other 10 hosts at Euro 2021:

Atop the Euro 2020 winner odds, England’s fixtures are favourable early on. Gareth Southgate brings a wonderfully talented group into the tournament, and many are picking England as one of the favourites.

Who is the most important player to England's chances at Euro 2020?

The fixtures, venues and times of England matches after the Euro 2020 groups stage is obviously unknown at this point.

While progressing is the priority, England might prefer to finish second in their group to avoid facing one of the teams in the group of death (France, Germany, Portugal and Hungary).

If England win their group, they will play in the last 16 on June 29th at Wembley at 5pm. They will play a day earlier at the same time in Copenhagen if they are group runners up and will face the winner of Group E.

It gets more complicated if they have to go through as one of the best third-placed teams. In that scenario, they could play a few different teams and would end up in Glasgow, Seville or Budapest.

Should the Three Lions win their group and the last 16 match, they will play on July 3rd in Rome against the winner of Group E or third from Group A/B/C/D.

If they are group runner-up and then win in the last 16, it will be July 2nd in St Petersburg for the quarter final against either the winner of Group F or third in Group A/B/C.

If Southgate’s men repeat their World Cup performance and make the last four, they will return to London to play on either the 6th or 7th of July.

Wall charts and Panini sticker books are two staples of a tournament summer. Euros wall charts are available from an array of sources across the internet either to buy or download for free.

Once you’ve familiarised yourself with the Euro 2020 referees and prepared your wagers, the Euro 2020 wall chart can be a great way to keep up with the competition.

FourFourTwo are just one of many companies offering the option to download a ready-to-print wall chart free of charge.