Bet on Euro 2021 groups with 888sport. Our betting experts cast their eye over the Euro 2020 group predictions ahead of this summer's tournament! 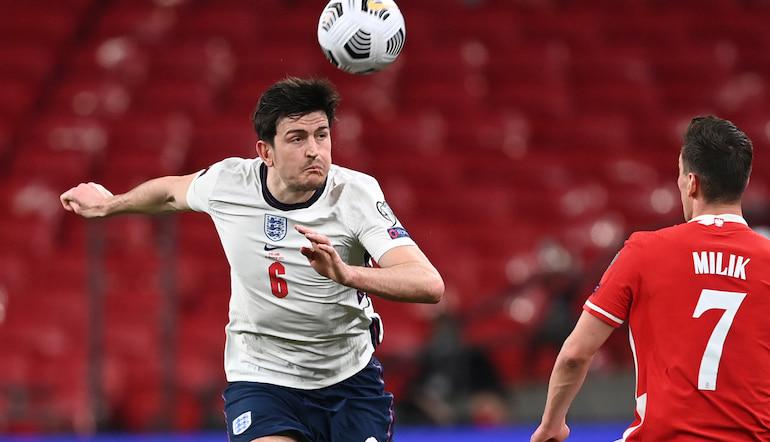 With the current domestic season edging to a close, the countdown to Euro 2021 is on. Fans from all over the world will be tuning in to watch one of football’s biggest international tournaments.

Euro 2020 odds have been available with most bookmakers for a while now but the onus on Euro 2020 groups betting has picked up in recent months.

We know the 24 teams who will be competing at this summer’s tournament and the stage is set for an incredible month of football at Euro 2021.

With matches taking place at 11 host cities across the continent, a total of 18 Euro 2020 referees officiating and extended 26-man squads, Euro 2021 will be the biggest yet.

Without further ado, it’s time to dive into the Euro 2020 groups – with betting tips on outright group winners, teams to qualify and other Euros group stage markets.

The competition is made up of 24 nations split equally across six groups. The top two teams in each group will advance to the knockout stages, with the four best third-placed teams also advancing to the last-16 stage.

For those looking to make their expert correct score prediction tips on group fixtures, Euro 2021 could be one of the most challenging tournaments yet. Here is a quick rundown of the Euro 2020 groups:

UEFA decided to tweak the Euro 2020 format to create a tournament with host cities rather than a host nation and that has contributed to host nations automatically being placed in specific groups.

The competition format will become clearer as viewers watch the Euro 2020 TV schedule and get into the tournament. Essentially, these groups are to ensure that host cities play all their Euro 2021 group stage matches at home – and these are the following hosts:

England will have three ‘home’ group stage matches at Euro 2021 – as will Denmark in Group B and Germany in Group C.

Now, we give our best football prediction tips on each Euro 2020 group ahead of June’s curtain raiser at the Stadio Olimpico.

Who will be crowned European champions come mid-July? Only time will tell. England fans will be hoping that the Three Lions are their bet of the day for the Euro 2021 final…

Italy have been resurgent under Roberto Mancini and the Azzurri will be difficult to beat on home soil.

Switzerland and Turkey are both capable of claiming major scalps and Italy won’t be taking either side for granted ahead of the Euro 2020 Group A opening match on June 11th.

And with Gareth Bale getting back to his brilliant best, it would be foolish to write Wales off just yet. After all, we all remember what happened at Euro 2016…

Having said that, Italy have found a new gear in recent years and Mancini will have his side primed to challenge for another European Championship crown.

Euro 2021 Group Predictions - Group A: Italy to win the group

Belgium were once touted as world beaters but their Golden Generation have fallen short on the biggest stage in recent tournaments.

Meanwhile, Denmark are a force to be reckoned with. England fans will remember their win at Wembley last year and the Danes also clinched a 4-0 victory over Austria back in March.

Russia are hit and miss at the best of times and Finland could be without Norwich City star Teemu Pukki, which will significantly hinder their chances of a Euro 2021 shock.

Belgium have the quality but Denmark are no mugs and home advantage in that clash with Belgium could swing the destiny of Group B towards the Danes.

Euro 2021 Group Predictions - Group B: Denmark to win the group

This looks like a walkover for the Netherlands. Frank de Boer failed at Crystal Palace but he has transformed Holland into potential Euro 2020 outright winners.

Ukraine and Austria are solid enough outfits without being spectacular. Both teams deserve their place at the tournament but neither are likely to challenge beyond the last-16 stage.

Meanwhile, North Macedonia will compete at their first European Championship and this may be something of a learning curve for the Euro 2021 Group C minnows.

Netherlands fans will be expecting big things this summer and a perfect group stage record awaits. Back Holland to win all three group games at Euro 2020.

Could this finally be England’s time to win a first major tournament since 1966? Optimism is high but a lot will come down to Gareth Southgate’s squad selection.

A rematch of that painful 2018 World Cup semi-final clash with Croatia awaits in the group stages while the Czech Republic are also a tough nut to crack.

However, it is Scotland who – playing at the Euros for the first time since 1996 – would love nothing more than to be the thorn in England’s side at Euro 2021.

England are clear of their rivals on paper and the Three Lions will feature frequently in Euro 2020 predictions throughout the group stages and (hopefully) later in the tournament.

Spain play some fantastic football but they can be found wanting in the final third, especially if they opt for the ‘false nine’ system.

Poland gave England a game at Wembley this year and that was without star striker Robert Lewandowski. Meanwhile, Sweden are built on defensive stability and can be tough to break down.

Slovakia and England played out a boring goalless draw at Euro 2016 but the minnows have regressed since that tournament. They are rank outsiders to finish top of Group E.

This looks a straight toss-up between Spain and Poland. This could easily come down to goal difference and Lewandowski’s prowess could be key…

Finally, we have Group F – the Group of Death. With Germany, France and Portugal in Group F, neutrals will be keeping a close eye on each group stage fixture.

Poor Hungary. Unfortunately, the European minnows are likely to find their Euro 2020 rivals too hot to handle and three defeats could be on the cards.

Germany have climbed out of their slump but France are arguably the most complete team in the tournament and 6/4 for Les Bleus to top Group F is a price.