Fabrizio Romano: What Needs To Happen For Neymar To Leave PSG

Could Neymar depart from Paris Saint-Germain in the near future? Join Fabrizio Romano in his latest column for 888sport 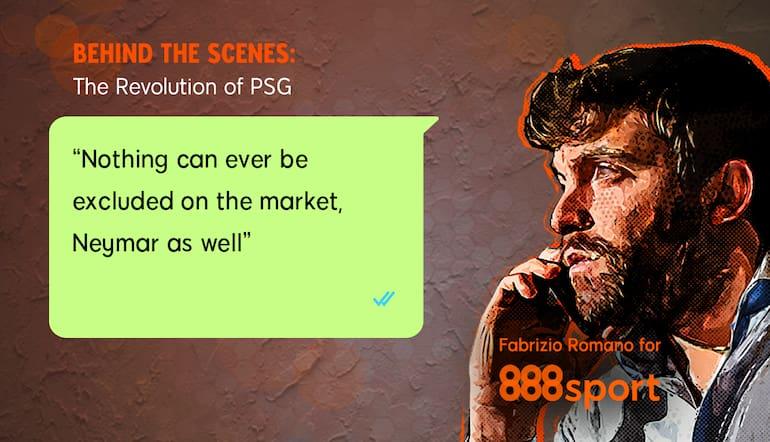 Could we see Neymar leave Paris Saint-Germain in the coming months? Join @FabrizioRomano as he reveals the complicated situation amid a PSG revolution...

The Paris Saint-Germain revolution has just begun. An important rebuilding that will affect more areas of the club, first of all with a new Club Advisor in place of Leonardo: Luis Campos is the man in charge of the PSG project for the next few years, a director who has brought excellent results to Lille and to AS Monaco ready to start rebuilding of Paris.

Even before deciding on a change in the board, the president Nasser Al-Khelaifi had by now chosen to sack Mauricio Pochettino: the Argentinian manager has been out of Paris Saint-Germain projects since the beginning of May, the confirmation was only a matter of time.

All pieces that will be part of PSG's great change, which began with the most important confirmation: the new contract by Kylian Mbappé which calmed the club after months of negotiations with Real Madrid, very close to the French star.

But that's an old story, PSG have moved on to a new era.

There are always many rumors around the name of Neymar Junior. Because every time there is a change at Paris Saint-Germain the name of Neymar emerges, it is certainly not new - so much so that sources close to the Brazilian are not surprised by what has been said in recent weeks.

Very often, however, a factor that is very important is not considered: Neymar has one of the highest salaries in Europe, it is difficult for other clubs to pay a salary of this level in addition to a high level transfer fee.

This is the first step before we can imagine a transfer of the former Barça player: a club willing to pay that salary, something that has never happened in the last months.

A year ago, Barcelona had explored this possibility with president Laporta in April but there was no room for negotiation precisely because of Neymar's salary.

This is the biggest obstacle for those who imagine a transfer of the Brazilian star: it would require a reduction in his salary or the willingness of Paris Saint-Germain to pay a large percentage of the salary.

In fact, new PSG director Luis Campos has yet to have a dialogue with Neymar before he can think of any scenarios for his future.

The situation is calm, the player has certainly not had a high-level season but those close to Neymar assure that he still hopes to be able to win the Champions League in Paris. 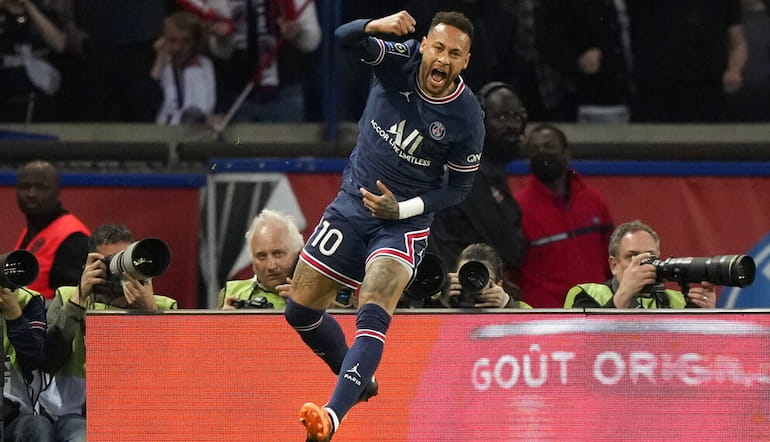 Neymar is not desperate to leave the club - also, in the PSG list among the players considered in the list of salable there are certainly 5-6 names that have the highest priority because they are considered 100% out of the Paris Saint-Germain project.

Neymar's situation is still under control, above all because the new manager will make his choices but up to now no one has communicated to Neymar that he is out of plans or will have to leave Paris 100%.

There is another important detail in this story.

Just a year ago, Neymar Junior together with his camp found an agreement with Paris Saint-Germain for a new contract that is not only very rich from an economic point of view with a top-level European salary, but also very long: the current agreement is valid until June 30, 2025 with an option to extend for a further season, so a potentially valid deal until June 30, 2026.

Neymar has no intention of giving up what has already been guaranteed by Paris contractually, he's focused exclusively on PSG and does not feel himself in a war with the club.

Neymar shocked the world by moving to PSG. The most expensive transfer in history, €222m. He transferred his blistering Barcelona form to Paris but injuries at the business end of a number of seasons prevented him from really shining bright on the world stage. pic.twitter.com/kka2z5vC6k

Indeed, those close to Neymar are sure that his name is often used by the press because it is useful to make news; like when a fight was invented between the Brazilian and the Italian goalkeeper Gianluigi Donnarumma after the match between Real Madrid and Paris Saint-Germain.

Lots of untrue stories, while Neymar is focused on getting back into shape and helping PSG.

To be able to take Neymar away from Paris it will take a huge salary offer, an agreement with Paris Saint-Germain on the formula of the deal and above all to convince the Brazilian of a new project.

It is not an easy deal, but after last summer with Leo Messi and Cristiano Ronaldo on the move when no one expected it, nothing can ever be excluded on the market.

Certainly, the conditions of a potential Neymar deal will not be easy and his expectations remain very high: Neymar wants to win, he still feels ready to make a difference in Europe and hasn't changed his point of view.

The Paris Saint-Germain revolution has just begun, in a few weeks the whole situation will be much clearer.