Our basketball writer picks his five NBA players to watch in the 2022/23 season - how many make your list? 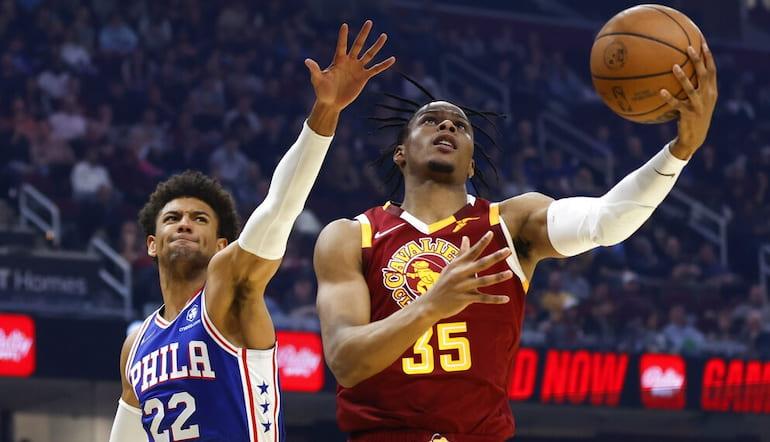 The title favourites in NBA odds have seen their head coach suspended for the season. Kevin Durant and Kyrie Irving are still members of the Brooklyn Nets.

Danny Ainge tore down the Utah Jazz for a mammoth haul of draft picks, landing Rudy Gobert in Minnesota and Donovan Mitchell in Cleveland. Russell Westbrook is still a Laker. The Clippers and Nuggets are back.

The Celtics have suspended Ime Udoka for the entire 2022-23 NBA season pic.twitter.com/heZMC4dHjq

The 2022-23 NBA season is well-poised, with parity maintained across the Association.

Three weeks before live betting regular season games begin, six teams are between 6/1 and 8/1 to win the title. A further half-dozen come in between 14s and 20s.

With the usual cliches ringing out of media days across the league, we have picked five key players to watch in 2022-23.

The Lakers are not a title contender as currently constructed, even with LeBron James still performing at an All-NBA level. Failing to make a Westbrook trade has left Los Angeles in limbo.

The decision to re-sign Dennis Schroder, however, provides Darvin Ham with another ball handler to ease the burden on James.

How Schroder fares on his return to Staples Center will go a long way to determining what the Lakers should/can look for in a Westbrook trade.

A dream scenario of Schroder playing selfless basketball and shooting the three like he did in 2019-20 would elevate the Lakers considerably.

The Nuggets are an inner-circle title contender if healthy. Jamal Murray being pre-injury Jamal Murray by playoff time is a more than reasonable expectation. Michael Porter Jr is the X-Factor here.

Injuries derailed Porter’s career even before being drafted. He then missed his entire first season, and played just nine times last season when he looked poised to break out in a big way.

Denver’s offence could be the best in the league if Porter is the player we saw in 2020-21.

Michael Porter Jr. said one thing that’s different about his recovery this time around is paying more attention to the mental aspect.

Paying attention to his feelings, sources of tension, stress etc.

Since being selected first overall, Zion Williamson has played just 85 NBA games. In those games, though, Williamson has been spectacular, scoring like Shaquille O’Neal in the paint and demonstrating serious playmaking ability.

New Orleans is a threat in the Western Conference if Williamson can play 60+ regular season games and be ready to go for the playoffs.

Sure, plenty would take Ja Morant over Williamson in a re-draft right now, but that could change quickly if the Salisbury native can stay on the court. 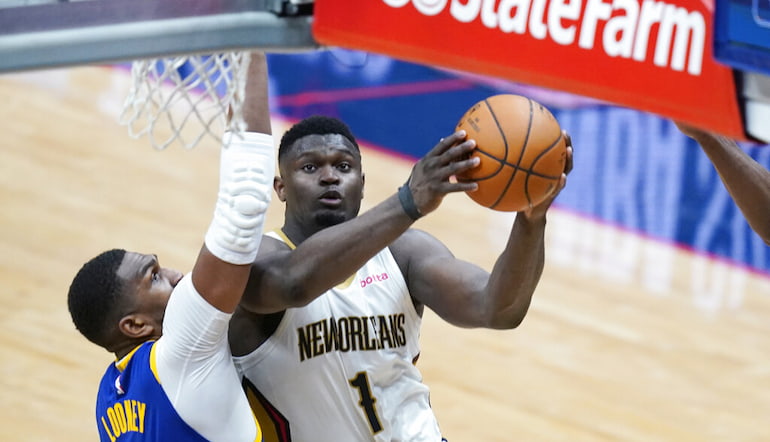 Campaigning for a place in the starting five, Tyler Herro is looking to build on a Sixth Man of the Year-winning season.

Herro’s adaptation to starting and his development on defence have a considerable role to play in determining what the Heat are capable of in 2022-23.

Herro being a second option on offence without being so targetable on defence will make it much easier for Erik Spoelstra to construct effective two-way line ups.

The Cleveland Cavaliers are a three-and-D wing away from being a contender. Cleveland will hope Isaac Okoro, albeit slightly undersized, can be that guy.

Okoro has a 6’7 wingspan, which can help him to guard most threes alongside taking the toughest backcourt assignment.

He’s not at his ceiling defensively, but it is the offence which is holding Okoro back. Teams simply left him wide open.

Okoro was an incredibly reluctant shooter, taking just 6.4 field goals per game, and placing in the 17th percentile in usage rate among wings. A complete non-factor above the break, Okoro’s 35% on three-point attempts is misleading.

No one is expecting the Cavs to be a Finals team this season, but how Okoro develops on both ends of the floor will go a long way to determining their ceiling in 2023 and beyond.

Cleveland could go on a deep run if Okoro becomes even a league-average shooter on decent volume.