Who are the best wonderkids on FM22? Our esports expert looks at the top youngsters available on FM 2022 but who is the greatest wonderkid of all? 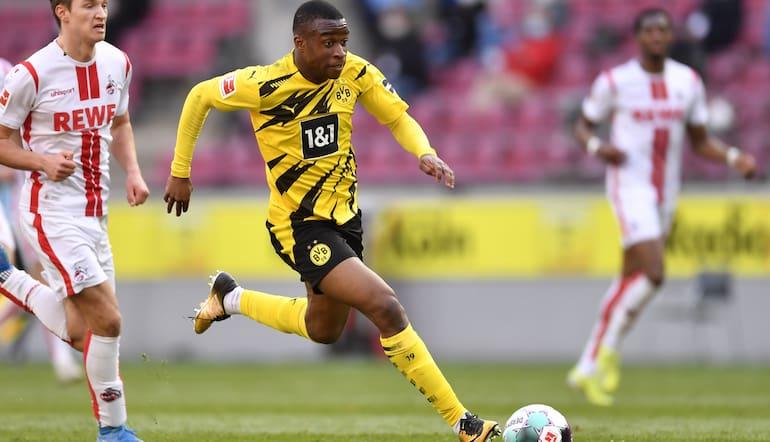 Many common names in in-play betting were once obscure FM wonderkids. Such players can earn a cult following, a unique status with Football Manager devotees.

The vast world of Sports Interactive’s game allows gamers to throw themselves into the depths of the football pyramid in the search for young talent.

While yet to breakthrough as an option for those placing an eSports bet, Football Manager continues to go from strength to strength.

As captivating as it is challenging, it is addictive for those who want to manage the minutiae of a club or who fancy a more laidback approach.

Finding the best wonderkids is always a massive part of a Football Manager save. We’ve put together 10 names to keep an eye on in FM 22.

Gianluca Busio made his name in MLS. The summer of 2021 saw the teenager fly across the Atlantic to join newly promoted Serie A side Venezia for a fee which could rise to $10.5 million.
With six USA caps and a Serie A goal to his name already, Busio is going to be shortlisted by many when chasing wonderkids on FM22. The attributes are well-rounded from the start, with managers able to craft Busio into the player they want him to be.

Although born in 2002, Nathanael Mbuku has already passed the 50-appearance mark in Ligue 1. Having impressed at the Olympics and with strong attributes in FM 21, Mbuku is going to be one of the most popular FM 22 mobile wonderkids.
Good pace, dribbling and determination were his standouts last year. A similar profile is expected in FM 22. Mbuku slots nicely in as a number 10, though he’s just as impactful when used on the right flank.
The French teenager is very attainable. Reims will struggle to resist a big offer, even for their prized phenom.

Just 19 years old, Jeremy Doku was one of the best FM 21 wonderkids. He’s once again one of the top wonderkids in FM22.
Doku moved to Rennes from Anderlecht in 2020 for a fee in the region of £20 million. The Belgian is a natural on either flank or as a centre forward and possesses exceptional pace stats. With high technique, flair and bravery, he’s got the foundations of an elite attacking player within just a couple of seasons.
He won’t be cheap, but the investment is well worth it if you’ve got the time to develop his game.

Although not immediately available, Conor Gallagher is a name to watch out for in your FM 22 saves. The Chelsea starlet is on loan at Crystal Palace and has started the season well, meaning we can expect some impressive attributes.
Chelsea will be reluctant to let Gallagher go. In season two, though, he could be a loan target on your FM 22 wonderkids shortlist.
The potential value in Gallagher will come if Chelsea decide he’s not up to it. A Championship or lower Premier League side could snap him up at a bargain price and unlock that unquestionable potential in the gifted midfielder.

Sparta Prague has been home to many wonderkids on Football Manager. Adam Karabec follows in the footsteps of Adam Hlozek and numerous others. Karabec is one of the best young footballers in the world, and was named to The Guardian’s ‘Next Generation’ list in 2020.
His physical stats jump off the screen immediately. Karabec is mobile, strong and stands at almost 6 feet tall. While the technical attributes need some work, the high levels of flair and determination are a good sign when it comes to player development.

Ajax’s academy produces elite young players at an astonishing rate. Devyne Rensch is the latest on his way to stardom. Having established himself in the first team and earned his first full international cap, Rensch’s attributes should skyrocket in FM 22.
He’s not going to be cheap, which might rule him out of some FM 22 wonderkids shortlists. Able to play across the back three, at wing-back on both flanks and in midfield, though, Rensch is well worth the high transfer fee.
Once again, the high determination is a good sign that he will reach his lofty potential.

Some consider Youssoufa Moukoko as the best Football Manager wonderkid of all-time. Born in 2004 and with several records to his name already, there’s good reason to believe that.
Moukoko was a phenom in FM 21. He’s going to be even better in FM 22.
Dortmund won’t sell him cheaply, but if you’re managing one of Europe’s biggest clubs, Moukoko should be at the top of your FM 22 wonderkids shortlist.

Playing for Russia at the Euros and earning first team appearances with CSKA Moscow, Maksim Mukhin is destined for an attribute upgrade in FM 22.
Mukhin is a do-it-all central midfielder with strong technique, work rate and determination. Still a raw prospect at the start of a Football Manager 2022 save, managers can mould him into the player they need from midfield destroy to hard-working playmaker.

Elite defensive prospects can be hard to find. Gaston Avila checks that box as one of the best FM 22 wonderkids.
Gaining experience with Rosario Central, Avila had good attributes across the board in FM 21. At 6’0 and with great pace, Avila has the makings of a brilliant ball-playing centre-back.
He’s not a name that many will be familiar with through online betting, but Avila should feature on FM 22 wonderkid shortlists wherever you’re managing.

Already one of the game’s best wonderkids in FM 21, Giovanni Reyna is set for even bigger things in FM 22.
Son of former Manchester City and Sunderland midfielder Claudio Reyna, Giovanni has starred for Dortmund and the USA. He doesn’t celebrate his 19th birthday until November 2021.
With sufficient gametime, Reyna will become one of the best players in the world within four or five seasons. Even in 2021/22, he’s one of the better players in the Bundesliga.

Football Manager
About the Author
By
Sam Cox