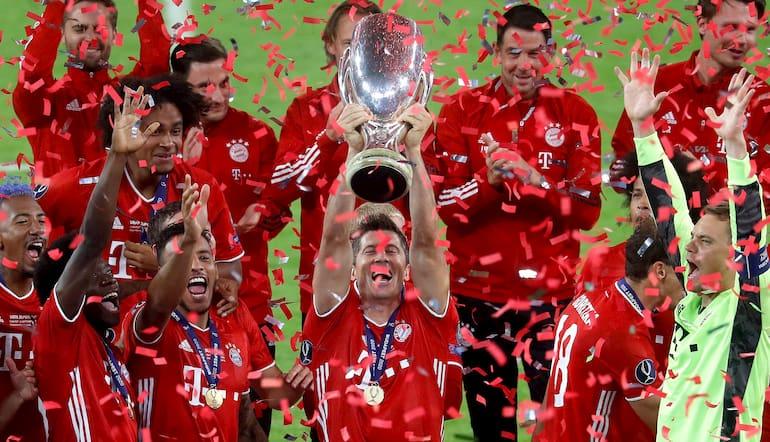 A tiny percentage of players will be fortunate enough to win the UEFA Player of the Year award, though it isn’t quite as prestigious as the Ballon d’Or prize.

Being crowned the UEFA Club Footballer of the Year is an incredible achievement, an award that shows recognition from some of the highest figures in football.

European football expert picks followers will be familiar with the UEFA Best Player in Europe winners – you have to be one of the greatest footballers around to win the award.

UEFA Player Of The Year

UEFA Club Footballer Of The Year

Other than earning a spot on the most Ballon d’Or wins list, winning the UEFA Club Footballer of the Year is one of the top achievements in football.

Initially, the UEFA Club Footballer of the Year was awarded to the best player in each European football season. First awarded in 1998, it was widely regarded the pinnacle of the sport.

The Ballon d’or was initially exclusive to European footballers but this changed in 1995, with the award expanding to include players from around the world.

The title then changed from UEFA Club Footballer of the Year to UEFA Best Player in Europe in 2011, before it was renamed again ahead of the 2015/16 season.

Now known as the UEFA Men’s Player of the Year award, it is up there with the FIFA Ballon d’Or as one of football’s most prestigious accolades.

Here, you can see every winner of the UEFA Player of the Year award since 2011, including 2019/20 UEFA Club Footballer of the Year Robert Lewandowski.

Who will win the UEFA Men's Player of the Year prize in 2020/21? Only time will tell - follow the latest Champions League expert picks and European football news at 888sport.

Robert Lewandowski was crowned UEFA Player of the Year in 2019/20, beating the likes of Kevin de Bruyne and Manuel Neuer to the award.

The Bayern Munich striker finished some way clear of his peers, receiving 477 points compared to 90 for De Bruyne and 66 for Neuer.

In fact, Lewandowski’s tally was the highest since the European Player of the Year scoring format was adapted in 2016/17.

Football betting odds were backing Lewandowski to claim victory after a sensational season – both domestically and in Europe.

The Poland striker scored 15 goals to help Bayern win the Champions League while notching an incredible 34 goals in 31 Bundesliga appearances.

European Player Of The Year

More often than not, a footballer who plays for a Champions League winning team stands a better chance of scooping the UEFA Best Player in Europe award.

Rather surprisingly, 18 winners have won the award while playing in Serie A, though the vast majority were in the pre-Champions League era.

While Italy’s top flight is one of Europe’s top five leagues, most football fans would guess La Liga or the Premier League would produce the most UEFA Men’s Player of the Year winners.

FIFA World Player Of The Year

Otherwise known as the Ballon d’Or, the ultimate aim for any footballer is to be crowned the FIFA Best Footballer of the Year.

Joining the Ballon d’Or winners list is the top objective for the most talented players in the world – though only the select few can join this illustrious group.

Lionel Messi has six Ballon d’or wins to his name but only has two European Footballer of the Year awards while Cristiano Ronaldo leads the way with three of the UEFA Player titles.