Formula One: Do We Underappreciate Lewis Hamilton? 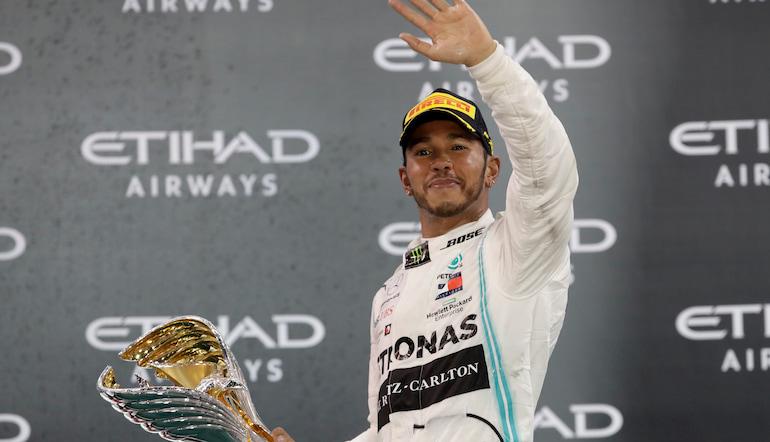 Lewis Hamilton is second all-time in world titles and race wins. He’s entered 250 consecutive races, comfortably a record, and only eight drivers ever have competed in more races.

He’s won a race in 13 consecutive seasons, a feat only bettered by Michael Schumacher’s 15. He’s got 20 more poles than anyone in the history of Formula One.

Hamilton is without doubt one of the greatest racing drivers ever, and to many he’s already surpassed Ayrton Senna, Juan Manuel Fangio and Schumacher to sit top of that podium too.

For a sportsperson of Hamilton’s standing, his reputation – in the UK at least – isn’t befitting. Formula One’s stature, and the importance of the team, plays a part in that.

Hamilton divides opinion too – the revelations of the Paradise Papers a significant factor.

The morality of taxation, and how it should impact the public perception of a celebrity or sportsperson, is complex. Even before the controversy surrounding his private jet, Hamilton didn’t receive the adulation of other sporting superstars.

Hamilton has suffered racist abuse throughout his career, and as recently as last year, Rio Ferdinand pointed to ‘racist’ undertones in the coverage of Hamilton.

To look at the underappreciation of Hamilton, there’s plenty to consider, and race is clearly an important part in that. Hamilton was the first, and remains the only, black driver to race in Formula One.

The six-time champion has been impacted by racial abuse; he has overcome discrimination. It shouldn’t be controversial to suggest black athletes are treated differently. Hamilton, like many others, has been on the receiving end of that.

The mix between admiring sporting success with how people view a person is complicated.

It is possible to respect a person’s achievements while disagreeing with their behaviour elsewhere, but Hamilton’s level of acceptance in the British public doesn’t feel like it has struck a balance.

Despite the Paradise Papers, the opinion of Hamilton is disproportionately low compared to other sportspeople who have less than perfect non-sport lives.

Finding Hamilton annoying or disliking Formula One shouldn’t discredit what he has achieved.

Perhaps you don’t tune in when he’s on Graeme Norton, or you don’t settle down for the British Grand Prix, but that doesn’t have to equal dislike, which Hamilton receives.

Hamilton riles people up in a way that very few other sportspeople do, and the public treatment of him is disproportionately negative for someone at the very top of motorsport.

The 35-year-old is only one Drivers’ Championship behind Schumacher. He’s come out on top in two great F1 driver rivalries, going toe-to-toe with Fernando Alonso and duelling with Nico Rosberg at Mercedes.

As the next generation, led by Max Verstappen and Charles Leclerc, ascend, Hamilton still stands firm atop the Formula One mountain. Deep into his thirties and with 250 races under his belt, Hamilton is the man to beat, he’s the driver you least want in your mirrors.

Hamilton will remain at the top of F1 betting online until he retires. As long as the partnership with Mercedes continues, he will be among the favourites to add to his tally of six world titles.

Hamilton, Peter Bonnington, Toto Wolff and hundreds of others have formed a winning machine.

He has changed as a driver from the ultra-aggressive rookie, there’s unquestionably more caution in the latter years of his career, but it hasn’t significantly compromised the raw pace.

That, paired with an improving ability to eke every inch out of the car and tyres, makes Hamilton a force that shows no sign of slowing down.

Formula One is relatively niche in the UK, sitting behind cricket, tennis, football, rugby and perhaps a few others. The British Grand Prix was overshadowed by the Wimbledon and cricket World Cup finals last summer.

Hamilton, though, is bigger than his sport. He’s a celebrity in his own right (which irritates some), and earned the 10th-most among athletes in the 2010s. Hamilton is a sporting giant, the most successful British sportsperson of the 21st century.

What he has achieved on the track is oft downplayed. How his success is valued is ultimately subjective, but being the first black driver in Formula One, and becoming arguably the greatest ever, should never be devalued.

He has challenged racial politics and looked to open doors for kids like him to make their way into Formula One.

Hamilton is a modern great. He doesn’t have to be everyone’s favourite but appreciating sporting brilliance doesn’t require an acceptance of everything they have done as a person.

It isn’t often a Brit has a legitimate claim as the greatest ever – Hamilton deserves much more appreciation for that feat alone.