F1 Circuits – Every Formula One Track On 2022 Race Calendar

Which Formula 1 circuits will be in use throughout the 2022 F1 season? Join us as we look at EVERY Formula One track around the world... 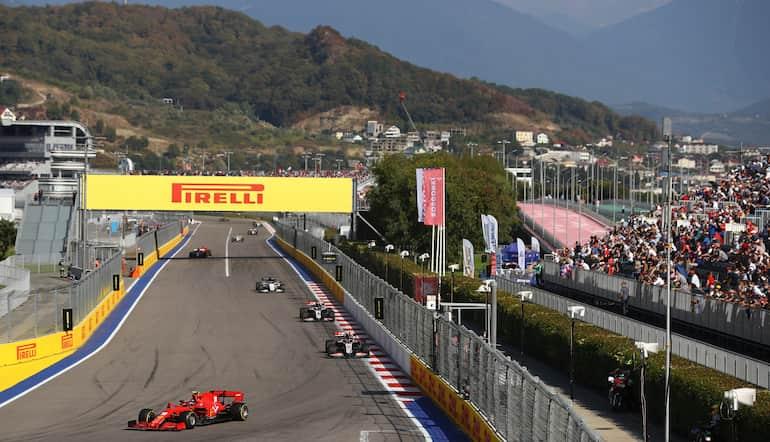 While fans are used to seeing the same names at the top of F1 odds, the track makes a massive difference to bettors.

Certain circuits suit the Mercedes of Lewis Hamilton. Others are a happy hunting ground for Red Bull and Max Verstappen.

Understanding variables is always important in sports betting, and there’s no greater example of this than Formula One touring the world and experiencing different circuits.

Races were cancelled in 2020 and 2021, but Formula One is due to return to Albert Park in 2022. The circuit, which has frequently hosted the season opening event, has a contract running until 2025.

Michael Schumacher is the most successful driver at the Australian Grand Prix in the World Championship era with four wins.

Hosting the Austrian Grand Prix and Styrian Grand Prix in 2020 and 2021, the Red Bull Ring has been on the F1 calendar since 2014 following a decade-plus hiatus.

The Styrian Grand Prix is unlikely to return in 2022. Fans of the circuit will still get a weekend in the hills for the Austrian race, however.

Racing round the historic city of Baku, the Azerbaijan Grand Prix provides the third-longest lap on the Formula One calendar.

Baku City Circuit will be a fixture on the calendar for years to come, having extended its contract until 2024.

Holding two races in 2020, Bahrain’s circuit has had some tweaks since it first appeared on the F1 calendar.

Night races are now the norm in Sakhir – it was the venue for George Russell’s Mercedes heartbreak in 2020.

Home to a catalogue of historic F1 moments and located in the Ardennes Forest, Spa-Francorchamps remains a unique weekend in the Formula One season.

Unpredictable weather can spice up in play betting. Let’s hope 2022 brings us more racing at Spa than 2021 did.

Contracting controversy has been common throughout Silverstone’s Formula One history.

Some thought the 2019 race would be the last. Instead, the contract was extended through 2024. 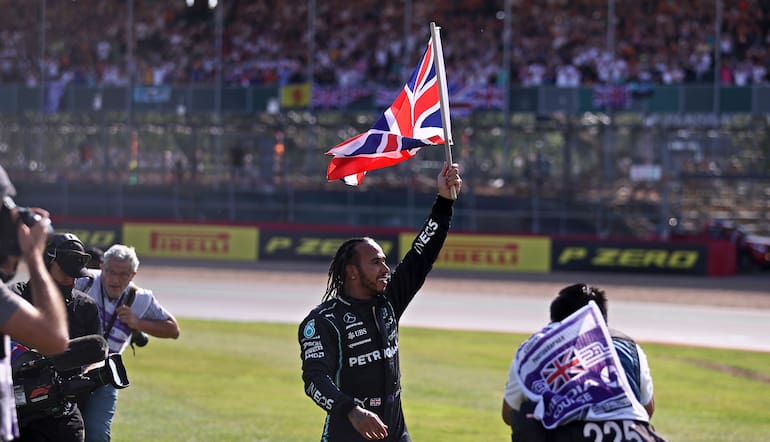 With the Wall Of Champions and Senna ‘S’ turns, it is one of the best tracks in the world.

Shanghai has hosted the Chinese Grand Prix since 2004.

Like many others, it hasn’t held a race in 2020 and 2021, but current planning has Shanghai International Circuit on the calendar for 2022.

Lewis Hamilton recorded his sixth win at the circuit at the 2019 Grand Prix.

It has a multi-year deal, giving the Dutch fans several more opportunities to let off their orange flares in support of Max Verstappen.

Back on the scene in 2018, Paul Ricard is confirmed for 2022, though its future beyond that is unclear.

The Hungaroring is locked in until 2027 at least.

It’s a real piece of sporting history, having become the first race held behind the Iron Curtain in the 1980s.

The fastest circuit on the calendar, Monza is a test of power and favours low-drag cars.

There is no question of Monza’s place in the sport. On top of the history and prestige, it has also provided unparalleled drama in the last couple of years.

The Japanese Grand Prix will be a part of the Formula One season until 2024 at least following a contract extension in Spring 2021. 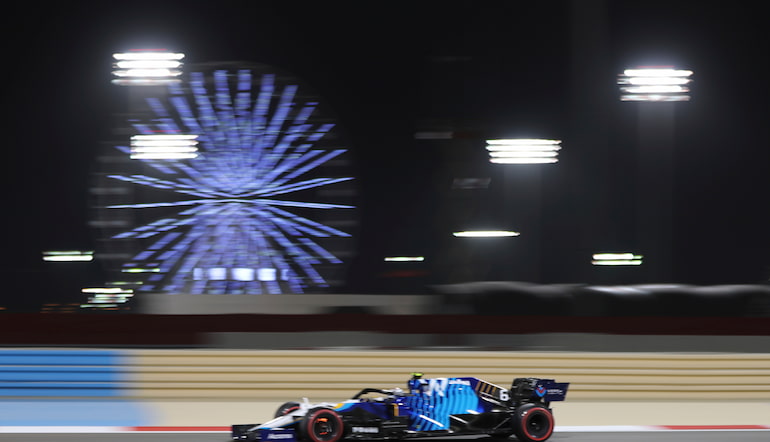 A circuit rich in history, the Autodromo Hermanos Rodriguez first hosted a Grand Prix in 1962. It disappeared for 16 years between 1970 and 1986, however, and once again left the sport in 1992.

No one knows how the Miami International Autodrome will impact Formula One tyres.

Still only in the planning stage, the new track in Florida will race around the Hard Rock Stadium and has 19 corners.

Since first being used for Formula One in 2014, the Sochi Autodrom has failed to capture fans and drivers.

There were rumours its F1 life would come to an end after 2019, but it has been extended to include the 2022. The Russian Grand Prix could move elsewhere for the 2023 season and beyond.

The second-longest track on the calendar and considered to be the fastest of the street circuits, Jeddah makes its F1 debut as the penultimate race in 2021.

This is expected to be the start of a long-term partnership between the sport and Saudi Arabia.

The venue for one of the most dramatic moments in the sport’s history, Interlagos saw Lewis Hamilton pass Timo Glock to win his first title.

Hamilton has gone on to not only become one of the best British F1 drivers, but the greatest ever.

Interlagos has wild support from the locals, and has a knack for producing exceptional racing. Recent legal challenges have created uncertainty about its F1 future, but it looks set to appear on the 2022 calendar. 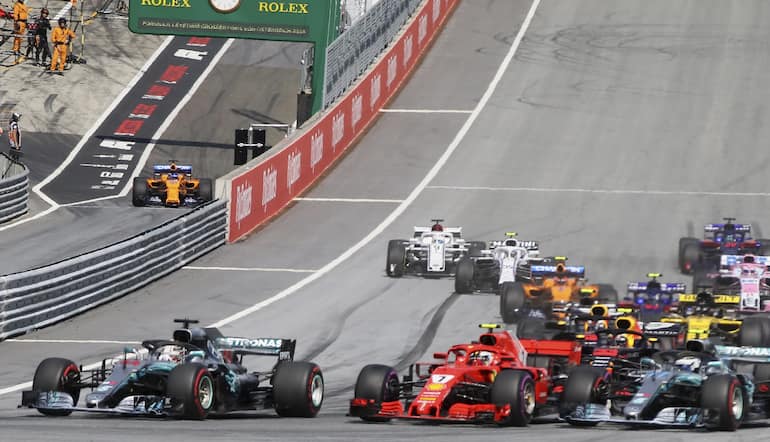 All of the following races do not have a contract for 2022 as it stands, though that’s likely to change for several of them before the 2022 schedule is confirmed.

The Abu Dhabi Grand Prix is set to undergo some substantial changes for its 2021 race.

The circuit is yet to be confirmed for 2022. The day-night racing at Yas Marina might attract the world’s wealthiest people, but the racing has often been short on drama.

Reintroduced for the shortened 2020 season, Imola is a classic Formula One circuit. Its future is unclear, however, having not been confirmed for 2022 as of September 2021.

In early summer of 2021, there was hope of a longer-term deal for the Emilia Romagna Grand Prix. It remains to be seen how it works out.

The 2020 season was the first F1 World Championship ever that didn’t include the Monaco Grand Prix.

Like Imola, Formula One appeared in Portimao on short notice in 2020.

It’s a track which has proven very popular with drivers and fans alike, and the scenery is spectacular.

A one-year deal was organised for the 2021 season, but despite talks about a long-term extension, the Circuit de Catalunya is yet to be confirmed for 2022.

With Fernando Alonso and Carlos Sainz on the grid next season, it would be a real shame to not have an event in Spain.

The Turkish Grand Prix had a turbulent time in 2020 and 2021. Cancelled and re-added to the F1 calendar, it has been uncertainty upon uncertainty for Istanbul Park.

The venue aims to be a permanent F1 host, but at this point, there’s no way to know whether the sport will return in 2022.

Circuit of the Americas, Austin

F1 and the Circuit of the Americas struck a deal for the race in 2011. That contract expires after 2021, and with the Miami Grand Prix joining the calendar in 2022, the race in Austin is seemingly under threat.

United States Grand Prix promoter Bobby Epstein is confident F1 will return to Austin in 2022, however.

F1
About the Author
By
Sam Cox