How do F1 tyres work in Formula One? Who provides the tyres for F1 teams? Our motorsport tyres guide explains everything you need to know... 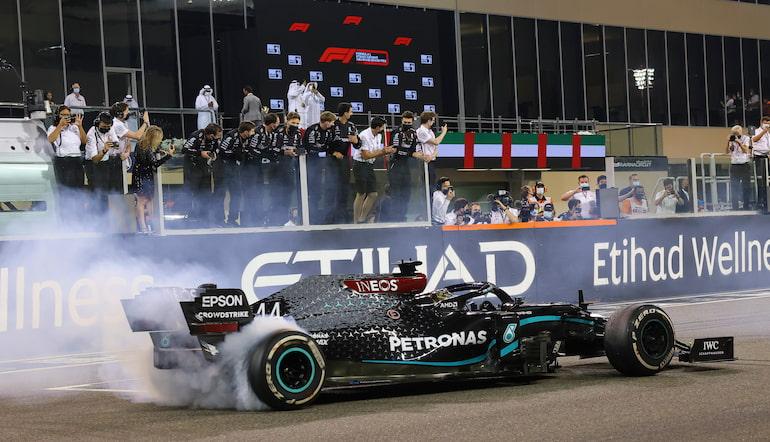 Tyres have always been important when looking at odds on Formula One. An incorrect tyre choice can cost a driver a race win, whether misjudging the changing conditions or suffering from a lack of grip.

Formula 1 betting tips are a complex discussion, and tyres are a key part of that. Not only changing conditions can impact the tyres, but tweaks to a car’s setup can alter the level of degradation.

Tyre suppliers are often under the microscope when something goes wrong, and some would argue the tyre compounds have had too great an impact over the last few years.

Getting to grips with the F1 tyre rules and various compounds isn’t easy.

If you’re considering betting online on the upcoming Grand Prix or just wanting to understand more about the sport, we’ve got you covered with all the information about Formula One tyres.

Who Are The F1 Tyre Suppliers?

Pirelli are the Formula One tyre suppliers for the 2021 season. They have been the lone suppliers since 2011, when they took over from Bridgestone after the Japanese company had a four-year stint.

In early 2021, Pirelli signed a new deal with the FIA. Having previously been contracted to supply Formula One until 2023, a delay in new regulations saw an extra year tagged onto the agreement. The Italian firm will be working with Formula One until at least 2024.

FIA President Jean Todt was full of praise upon the announcement. He said, "I want to thank F1 and Pirelli for their collaboration, flexibility and commitment to our sport during this most difficult period."

There have been nine different tyre suppliers in the history of the Formula One World Championship. Goodyear, who were active from 1964 through to 1998, have the most wins with 368.

Pirelli also has a rich history, though, having featured in the first nine seasons.

What Tires Do Formula 1 Teams Use?

F1 teams have seven different tyre compounds to choose from in the 2021 season. Each race weekend has three dry compounds. These are a selection of the C1, C2, C3, C4 and C5. The C5 is the most durable, and the C1 is the least.

It will be announced in advance which compounds will be at the race, and teams will make a selection based on their car and their potential strategies for the weekend.

The softest slick for a weekend will be marked by a red stripe, while the medium compound is yellow and the hard compound is white.

On top of the dry tyre options, Formula One teams will have intermediate and wet tyre options available at every race.

All five dry compounds are available for teams at testing. This is the only time teams will have access to C1, C2, C3, C4 and C5 at once.

F1 tyre rules have changed a lot over the years. Over the period of Lewis Hamilton amassing the most Grand Prix wins, there have been changes in tyre supplier, qualifying tyre rules and the impact of tyres on the race.

Having to use two different compounds in a dry race is one of the most important F1 tyre rules in 2021.

On top of this, Drivers who complete a lap in Q3 must use the tyres which set their fastest Q2 lap to start the race. Anyone who doesn’t make it into Q3 can use whichever compound they like for the race start.

There are rules in place across the weekend in general, too. Teams can only bring 13 sets of slicks, four intermediates and three wets to a Grand Prix. They can select the balance of slick allocation, but there are further regulations on when they can be used.

Just three sets of slicks can be used in the practice sessions. Certain sets of tyres must be returned at points during the weekend, meaning teams cannot stockpile their allocation for qualifying.

Teams must also equip the blue-striped wet tyre whenever a race starts behind a safety car because of heavy rain.

When it comes to preparing the tyres, teams must only apply heating to the outside of the tyres. There are set temperatures for each compound, too.

How Much Is A Formula One Tyre?

Each set of tyres costs a team around $2,000 (roughly £1,500). Fans looking to get hold of a Formula One wheel or tyre, perhaps from one of their favourite British F1 drivers, have their work cut out.

Pirelli take back all of the allocated tyres at the end of a weekend. The majority of reports claim these tyres are then used as fuel.

Running an F1 team is an incredibly expensive venture. The introduction of a cost cap is aiming to level the playing field, but the spend on tyres is indicative of the wild expense involved with the sport.

Constructors’ champions Mercedes reportedly spent about £200 million on each car for the shortened 2020 season.

While Formula One tyres might sound extremely expensive given that they use so many sets across a race weekend, it’s just a drop in the ocean compared to the expenditure on development, driver salaries and everything else associated with running a Formula One team.