Who are the best British F1 drivers of all time? The likes of Lewis Hamilton, Stirling Moss and Jackie Stewart all feature in this best British Formula 1 drivers list... 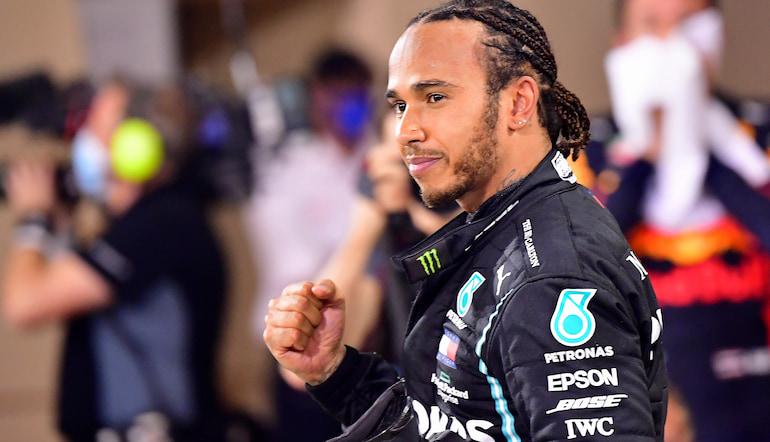 It’s commonplace to see British drivers in F1 betting. Lewis Hamilton might have been the star of the 21st century, but throughout Formula One history, British champions have been frequent.

From Jenson Button to Jackie Stewart, Damon Hill to John Surtees, British drivers are among the sport’s greatest stars.

Hamilton has the most Grand Prix wins. He’s probably only a few months away from standing alone with eight Drivers’ Championships. No one can match his accomplishments, though others have been almost as impactful on the sport.

The significance of British drivers on the journey Formula One has taken is enormous. There has been tragedy, glory, and activism. Champions have been crowned, and controversy has swarmed.

Here’s a quick run through of everything you need to know about British F1 drivers.

British F1 driver records are led by Lewis Hamilton. Hardly surprising, of course, given Hamilton’s increasing monopoly on the sport’s record books. A British driver has won the title on 20 occasions – Hamilton has seven of those.

His 2007 Canadian Grand Prix triumph made him the youngest British race winner ever, too, though six other drivers have won a race at a younger age, including Fernando Alonso and Sebastian Vettel.

Two British drivers top the list of the most race wins without a Drivers’ Championship. Moss is commonly acknowledged as the best driver not to win a title. Moss won 16 of his 67 races.

While sporting a much less impressive winning rate, Coulthard sits second in that category with 13 race wins from 247 races.

Bill Aston is the oldest British F1 driver of all-time. Competing in the 1952 German Grand Prix, Aston was 52 years and 127 days old. It makes him the seventh oldest F1 driver to start a race in the history of the sport.

Of British F1 world champions, Nigel Mansell’s longevity is perhaps most impressive. After a year in IndyCar, Mansell returned to Formula One in the mid-1990s, racing into his forties. He’s the oldest British driver to record a pole position.

Mansell is one of 11 British drivers to win the British Grand Prix, and ended a British Drivers’ champion drought in 1992, becoming the first Brit to win the title since James Hunt in 1976.

Lando Norris is the third-youngest driver to start a race in Formula One history. Only Lance Stroll and Max Verstappen have raced in F1 at a younger age, making Lando Norris the youngest British F1 driver ever.

Prior to Norris’ first race with McLaren, Jenson Button was the youngest British F1 driver ever.

The golden era for British Formula One racing came between 1962 and 1976. British drivers won nine titles in 15 years, led by Jackie Stewart winning three championships in a five-year period.

Prior to this spell of domination, Mike Hawthorn had become the first ever British F1 champion in the 1950s. After James Hunt won in 1976, though, it was a lengthy wait for the next British champion.

Nigel Mansell won his only title that season, and Damon Hill followed in his footsteps in 1996 as his rivalry with Michael Schumacher reached boiling point on more than one occasion.

David Coulthard was a race winner in the years that succeeded Hill’s championship, but it was over a decade until the next British driver won the Drivers’ Championship as Michael Schumacher and Ferrari dominated.

The probable GOAT, Hamilton is the face of Formula One. His status transcends the sport. Lewis Hamilton net worth continues to soar with each mega contract and millions in endorsements.

Hamilton, Lando Norris and George Russell are the British representatives on the grid for the 2021 season.

When Hamilton was absent in 2020, Russell was promoted to Mercedes, and many expect the Williams driver to step into the Silver Arrows for the 2022 campaign.

Norris has impressed during his first two seasons in Formula One. Partnered by Carlos Sainz at McLaren, Norris has demonstrated good pace and strong race craft. He’s connected with fans in a way few drivers can.

With three drivers for the upcoming season, the UK is the best represented country on the grid. France, Finland, Germany and Spain have two drivers each – will 2021 see a British champion crowned for a 21st time?

Some of the next generation of British F1 drivers will be enjoying F1 games in 2021. Others are closer to the world’s most glamorous sport.

There’s a raft of talented young drivers vying for Formula One seats every year, and there are several gifted British youngsters hoping to follow in the footsteps of Lando Norris and George Russell.

Callum Ilott has been named Ferrari’s test driver for 2021. Weather blocked him featuring in practice for Haas last season, and he was unable to earn a seat on the grid for the upcoming campaign.

Having finished second in the 2020 F2 championship, Ilott was arguably unfortunate to miss out. He’s next in line for a drive at Alfa Romeo or Haas.

Dan Ticktum will be driving for Carlin in F2 this year. Jack Aitken remains an official reserve driver for Williams. Like Ilott, both are waiting for their Formula One opportunity.

*Credit for the main photo belongs to Giuseppe Cacace, Pool via AP*