How much is Gareth Bale worth? We look at the Wales star and his professional career, his reported salary at Real Madrid and his love for golf! 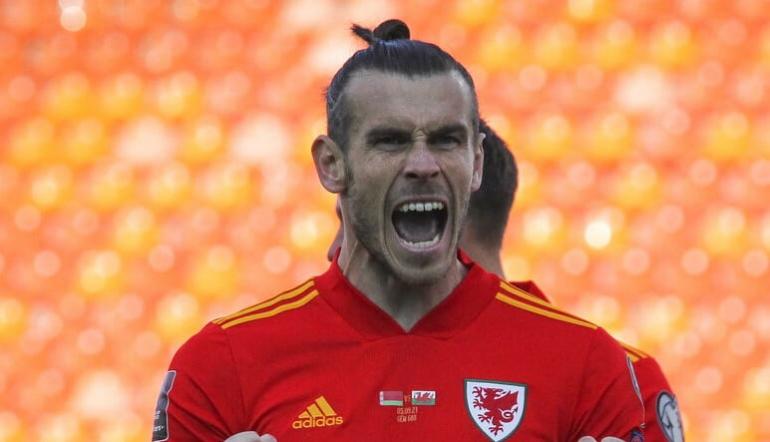 Gareth Bale took Premier League Odds by storm with Tottenham. Those performances saw the Welshman become the most expensive footballer of all-time, teaming up with Cristiano Ronaldo at Real Madrid.

Bale’s time in the Spanish capital hasn’t been perfect by any description, and some would argue he’s been a flop, yet there have been true highlight moments.

Bale played a considerable role in Los Blancos dominating the Champions League in the 2010s. He’s an iconic figure in Wales, a talisman for a team that punches above its weight.

While his second act wasn’t drastically overshadowed by his first, Bale is a hero at White Hart Lane, provider of moments both magical and significant.

Marginalised at the Bernabeu, Bale’s impact on football betting odds has declined in the twilight of his career. Injuries have taken their toll, and a frosty relationship with Madridistas has soured further.

Gareth Bale net worth is reported to be just over £100 million. Bale has long been among the highest-paid players in world football, and endorsement opportunities have been plentiful for over a decade.

When trying to compute such vast figures, it’s always useful to put Bale’s net worth alongside some of his peers.

For instance, Real Madrid teammate Eden Hazard comes in at around £80 million, while Harry Kane, one of the best Premier League strikers, is worth in the ballpark of £50 million.

The biggest names in Premier League predictions are hardly short of cash, but few can come close to Bale’s net worth.

Bale’s salary was a hot topic when he was loaned to Tottenham in 2020-21. Spurs’ wage structure didn’t give them the flexibility to cough up for his monster salary – Bale’s £300,000 per week is bettered by only six Premier League players in 2021-22.

Moving to Real Madrid is lucrative. Salaries tend to leap upon arrival at the Bernabeu, but few have ever rivalled Bale’s annual income.

He’s the highest earner at the Spanish superclub in 2021-22, pocketing considerably more than stars like Karim Benzema, Luka Modric and Toni Kroos.

Bale’s contract expires at the end of 2021-22. Heading to free agency, it’s unclear what the future holds for the Wales international. A pay cut is all but guaranteed for Bale, but only time will tell where he ends up.

MLS is a distinct possibility, as is a move back to the Premier League with Newcastle United.

With the tag of world’s most expensive player, Gareth Bale was instantly marketable. Bale has got a lengthy list of endorsements to his name, including a long-running partnership with Adidas.

He has been the face of EA Sports’ FIFA video game series in the past, and he’s bound to have made plenty from his partnership with Lucozade.

Gareth Bale debuted for Southampton in 2006, becoming the club’s second-youngest player. Making a name for himself as a marauding left-back and free-kick specialist, Bale was awarded Football League Young Player of the Year in 2007.

Something of a bidding war developed in the following summer. The country’s top clubs were all linked with Bale, such was the impressive nature of his performances for Southampton in the Football League.

Tottenham were victorious in the battle for Bale, landing the Welsh teenager for £5 million in the 2007 summer transfer window.

There was scepticism about Bale in his first couple of years at Tottenham. Injuries limited his opportunities, and he was often found wanting defensively.

He was still young, though, and there were flashes of the talent that earned his move. Bale was pushed up the field into a left winger role in 2010, and that kickstarted his career.

In August 2010, Bale tortured an ageing Maicon at San Siro for his first senior hat-trick. This moment announced his presence on the world stage, and he won the PFA Players’ Player of the Year award at the end of the campaign.

The following seasons saw Bale go from strength to strength. Unleashed from defensive responsibility, he put Spurs on his back, providing numerous match-winning moments.

Individual accolades continued to accumulate, and Bale was frequently the subject of transfer rumours. Speculation became reality in 2013 when Bale joined Real Madrid on a six-year deal for a then world record fee. 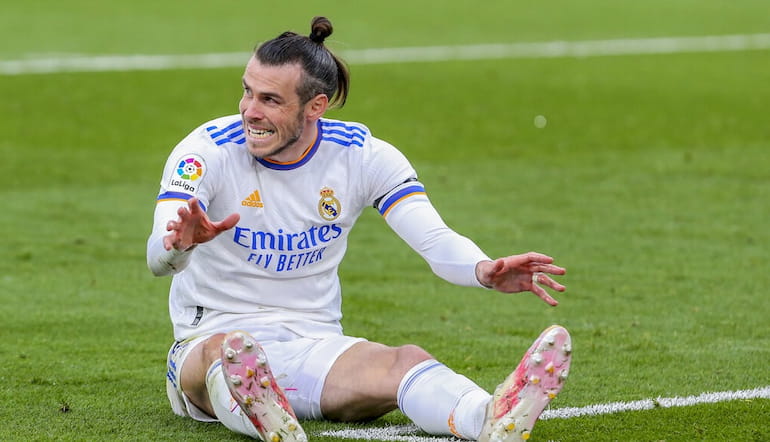 While his first season with Los Blancos had its injury issues, Bale put in two heroic performances at the business end.

Marc Barta was left red-faced as the Welshman scored a remarkable solo effort in the Copa del Rey final, and he was the difference maker in extra time as Real won the Champions League.

Bale remained in Cristiano Ronaldo’s shadow in the following years, but the 2018 Champions League final was all about the Welshman.

He scored a jaw-dropping overhead kick and a speculative effort from way outside the box as Real lifted the Champions League for a 13th time.

Despite playing such a pivotal role in a glorious period for Los Blancos, Bale’s troubled relationship with the club and its fans continued. He was on the cusp of leaving for China in the summer of 2019, but the deal fell through.

He returned to Tottenham on loan in 2020-21 and scored some important goals. Back at Real Madrid for 2021-22, Bale is once again waiting to leave the club.

Gareth Bale is second all-time in appearances for Wales. He’s the country’s all-time leading scorer, with his tally of 36 putting him comfortably clear of Ian Rush.

While his club career has been turbulent, Bale has been a reliable performer for Wales. He was integral in their qualification for Euro 2016, and became the first Welsh player to score at a major tournament since 1958 in their opening match.

The Dragons qualified for Euro 2020 too, with Bale being named captain before the tournament. They were unable to repeat their deep run, but thanks to Bale’s play against Turkey, the minnows made it to the knockout rounds.

It’s no exaggeration to say Bale is the greatest Welsh football of all-time given his achievements for club and country.

Gareth Bale famously appeared with a banner that said ‘Wales. Golf. Madrid. In That Order’ when Wales qualified for Euro 2020.
A renowned golf fanatic, Bale even has a three-hole course at his home.

His hobby attracts more attention than you might expect, but Bale says the doctors have no issue with it.

"A lot of people have problems with me playing golf. "I don't know what their reason is because I've spoken to doctors and everybody's fine with it.

"The media has this perception that it's not good for me. Steph Curry plays maybe on the morning of a game. If I play two days before a game, it's like 'what's he doing?'"

Bale plays off a three or four handicap – reports in 2015 claimed he was at six handicap, suggesting a slight improvement over his last few seasons in Madrid…